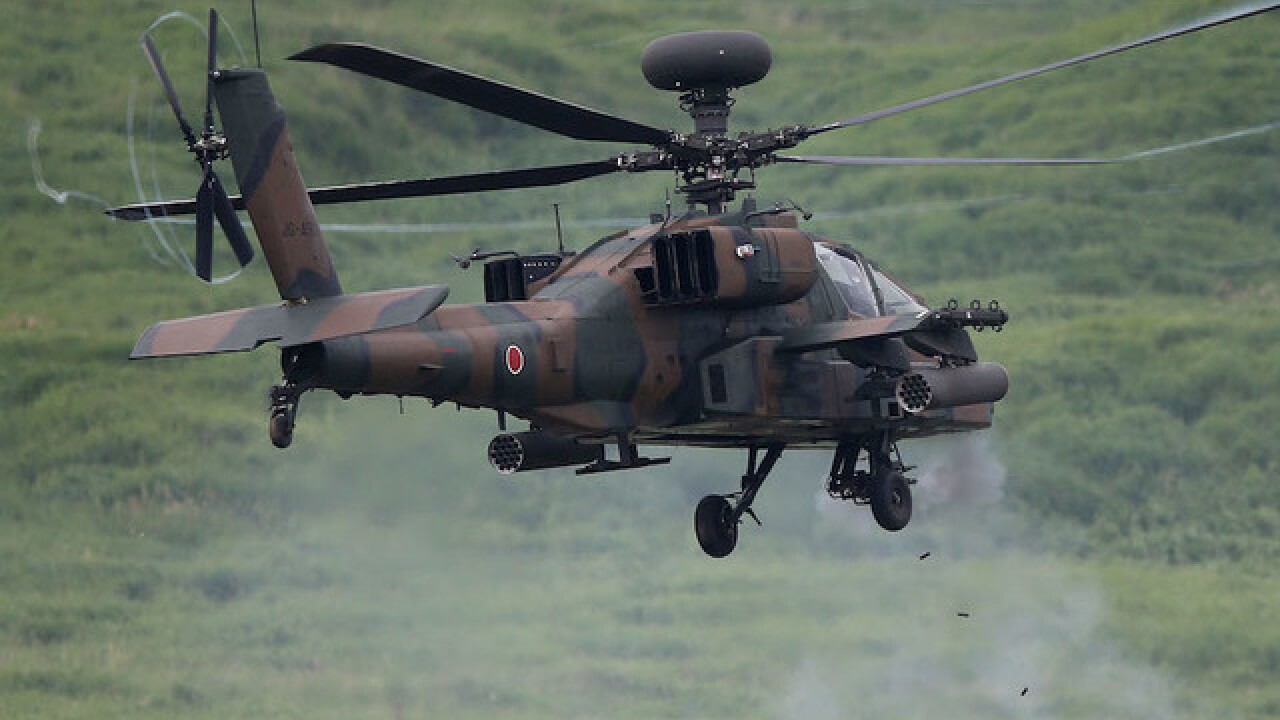 The two service members had been participating in what Webb described as "a routine training flight." The AH-64 Apache helicopter crashed into the water near the Bayport Cruise Terminal in the city of Pasadena, around 3:50 p.m. (4:50 p.m. ET), Webb said.

Both soldiers were from the Texas Army National Guard's 1st of the 149th Attack Helicopter Battalion. Their names cannot be released until their families are notified through proper military protocol, Webb said at a news conference Wednesday evening.

Their bodies have been located, and search and recovery operations are underway, he said.

The helicopter had lifted off from Ellington Field Joint Reserve Base in Houston, said US Coast Guard Houston spokesman Petty Officer Andy Kendrick.

The incident is under investigation.

"All of our pilots are highly trained, highly qualified veterans who have been flying this aircraft for many years," Texas Air National Guard Master Sgt. Sean Cowher said at the news conference.