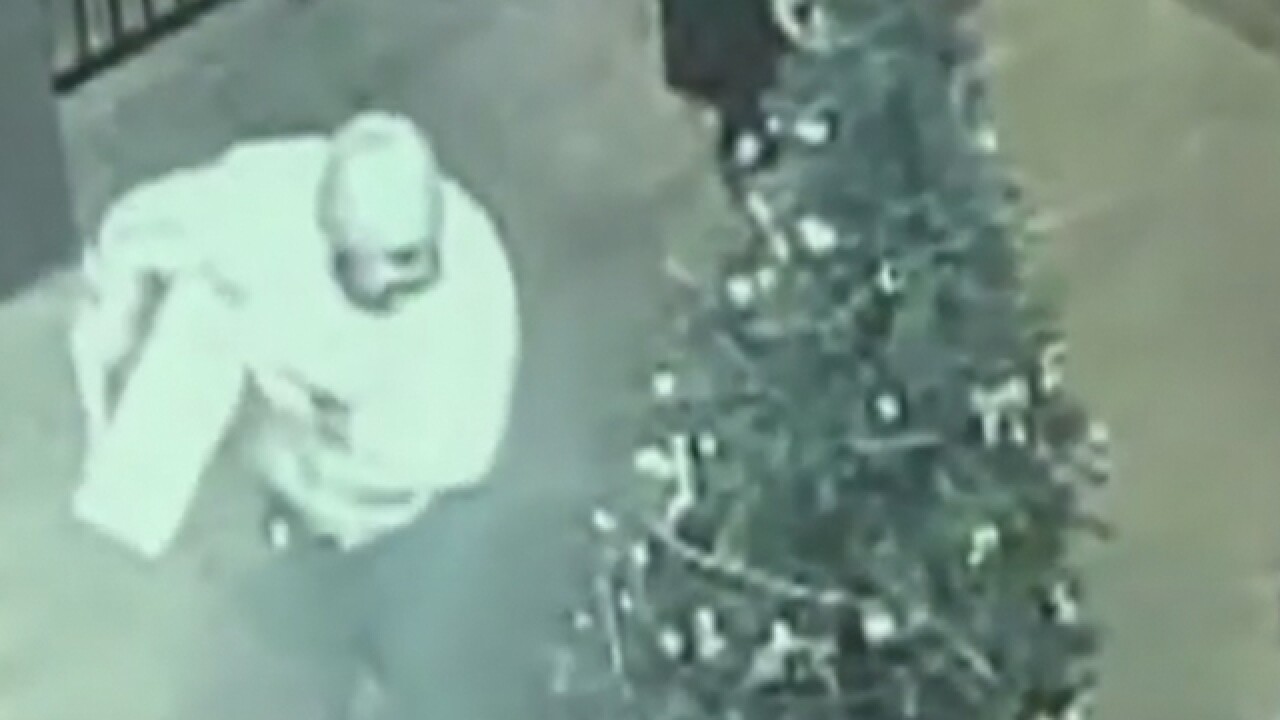 That we'll describe in rhyme.

A Christmas Tree was taken,

While Stuft Burger Bar was vacant.

It happened Wednesday in Greeley,

Where a night vision camera captured it all, really!

"You see everything," Jake Fitzsimmons said.

One struggled to take the tree,

And another took fake presents in the spree.

But that does not end the rhyme,

They came back on camera another time.

Decorations destroyed while he was in bed.

He said he won't settle,

'Til the suspects are behind bars of metal.

GREELEY, Colo. – A Christmas tree outside a restaurant was stolen by two grinches around 2 a.m. Wednesday. It was all caught on video.

Stuft Burger Bar in Greeley, Colorado had put the tree out on Friday, hung ornaments and wrapped some empty boxes to display underneath. Owner Jake Fitzsimmons told 7NEWS Denver he had surveillance video of the crime and Greeley Police confirmed that an officer was dispatched to see it.

"It’s a bird's eye view and it’s a great view, you see everything," the owner said.

The video, Fitzsimmons said, was recorded by a time-lapse camera equipped with night vision. One of the men appears on the greenish video first, struggling to move the tree before he waves another man over. The suspects eventually get the tree and one carries it away while another scoops up an armload of presents.

Although they walk out of range of the camera for a moment, Fitzsimmons said at least one of the suspects returned to the field of view.

"He comes back and starts kicking the boxes and messing it up one final time -- the ultimate Grinch move," he said.

The tree was not secured outside the restaurant, said co-owner Tiffany Helton, because she didn't think it was necessary.

"I guess the thought crossed my mind but I never thought that somebody would actually do it," Helton said.

She put up a new tree in the same location at the restaurant on Wednesday.

"I am not gonna secure the new tree because I just have faith in people," Helton said.

Stuft Burger Bar says it is also offering a year of free burgers to anyone who helps capture the thieves or bring the tree back.