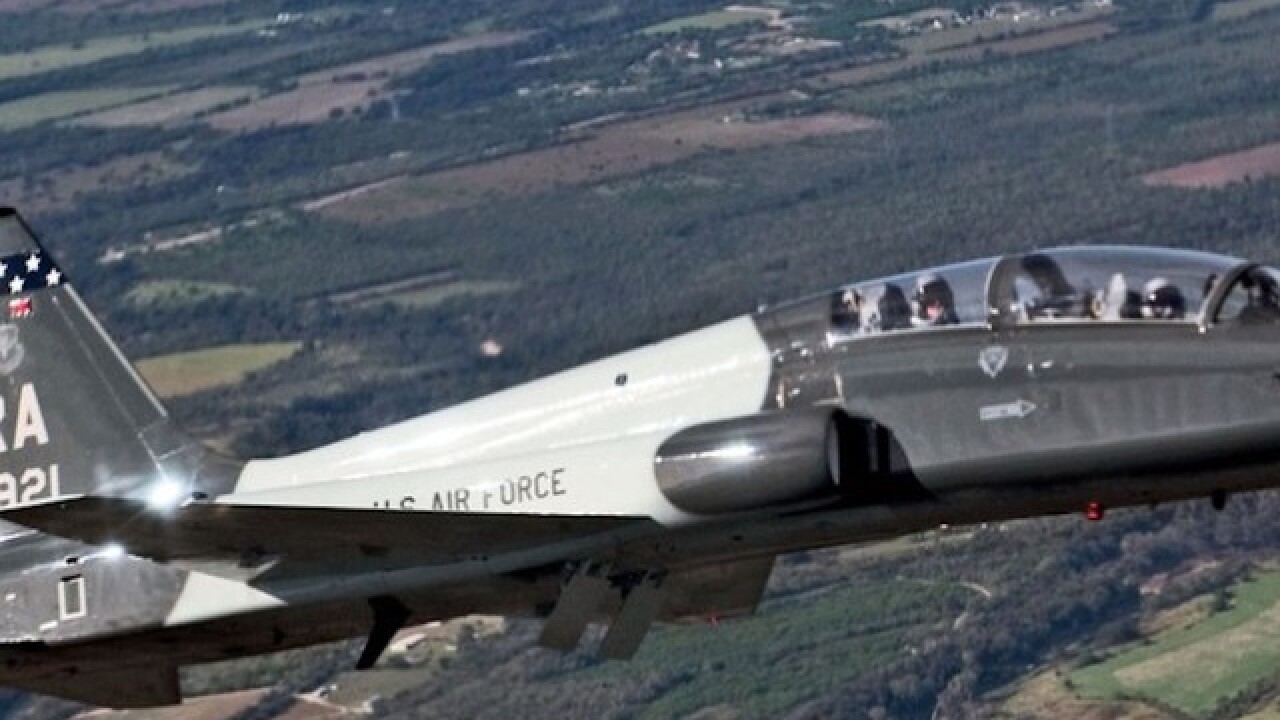 One pilot is dead and another hospitalized after a plane crash at a Texas Air Force base.

An Air Force T-38C Talon crashed Tuesday night at the Laughlin Air Force Base, according to a statement from the base. The plane is considered a training aircraft.

The names of the pilots are being withheld pending family notification, the statement said. The Air Force said the injured pilot was taken to Val Verde Regional Medical Center in Del Rio, Texas.
Emergency responders are on the scene and the crash will undergo an investigation by a board of officers, according to the Air Force statement.

The Laughlin Air Force Base is approximately 150 miles west of San Antonio, Texas and is home to the 85th Flying Training Squadron, a unit that trains about 150 students each year.