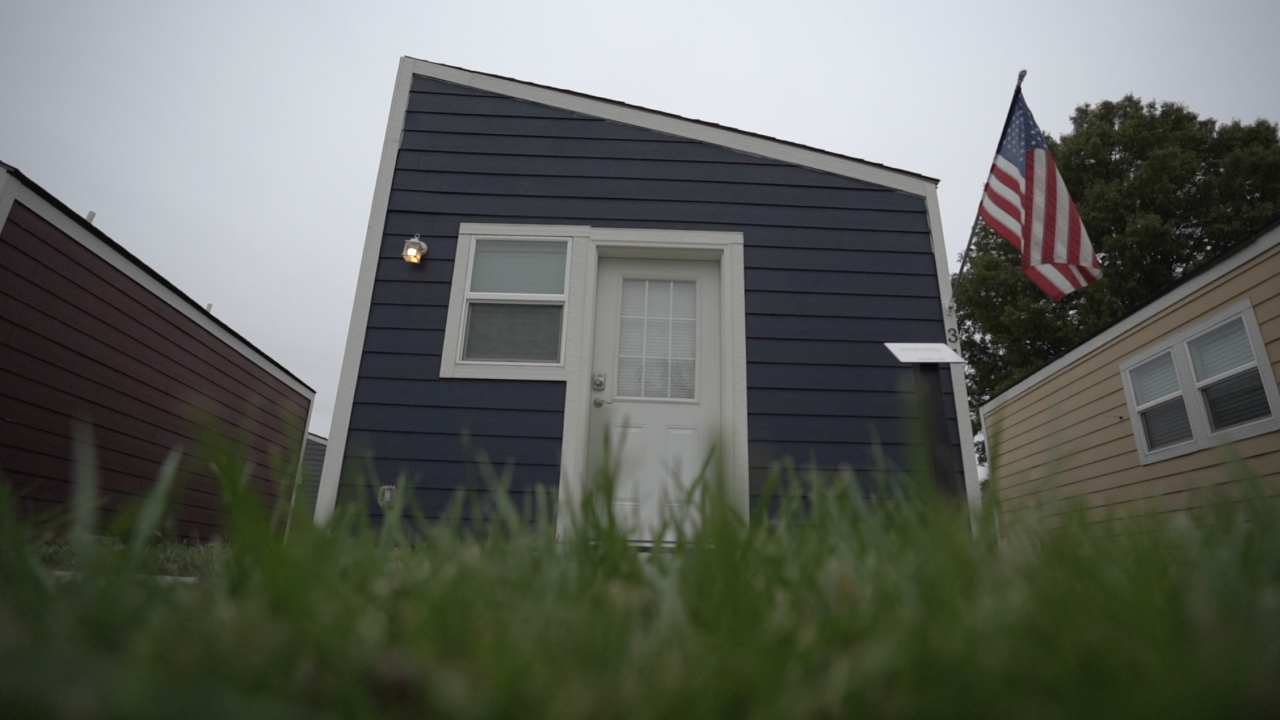 If it's hard to understand how a service member could end up on the streets, listen to Chris Perry's story.

“When I got out, my transition back into civilian life didn’t work out too well," Perry said. "I became homeless for about five or six years and kept getting into a lot of trouble."

“I joined when I was 17. My mama had to sign a paper to let me go in early," Perry recalled.

When he left the military, he found himself lost in the country he swore to protect.

“Honestly, I didn’t see any light at the end of my tunnel," Perry said.

Finding that light can take a village, and for Perry, it's not a figure of speech.

The tiny homes of Kansas City's Veterans Community Project are a unique approach to the all-too-common problem of veteran homelessness.

Army Veteran Brandonn Mixon, who served in Afghanistan, is one of the founders of the Veterans Community Project, and he knows the challenges so many veterans face.

“The most successful I’ve ever been was in the military. When I came back home, I couldn’t adjust. I couldn’t transition out of the military mentality back to the civilian-life mentality," Mixon said.

The veterans who live in the village get to keep everything inside their tiny home, and the staff helps connect them with services so they can move forward.

While some nonprofits may consider factors like whether a veteran looking for help was honorably discharged from the military to join this community, the promise at the core of service is what matters most.

“By veteran, I mean, you raised your right hand, you took the oath to serve your country, you could have served one day or 100 years; you’re a veteran in our book," said Bryan Meyer, one of the founders of Veterans Community Project who served in the Marine Corps and was deployed to Iraq in 2003 and 2005.

The tiny homes model is expanding nationwide. The Veterans Community Project broke ground on a new village in Longmont, Colorado.

The expansion is important because each veteran, like Chris Perry who is now enrolled in community college, is now on the right path.

“They got me to a point where there is no going back, so it’s just straightforward from here," Perry said.

However, there are still people who took the oath to protect this country and living on its streets in need of help.

"I know there is a veteran who is sleeping on the streets. There is a veteran crying right now, wanting to commit suicide because there’s nobody who has his back. I’m not going to lie, we’re not going to be done until we find that veteran," Mixon said. "We save his life, we have his back, because he would do that for me, and I owe it to do it for him.”