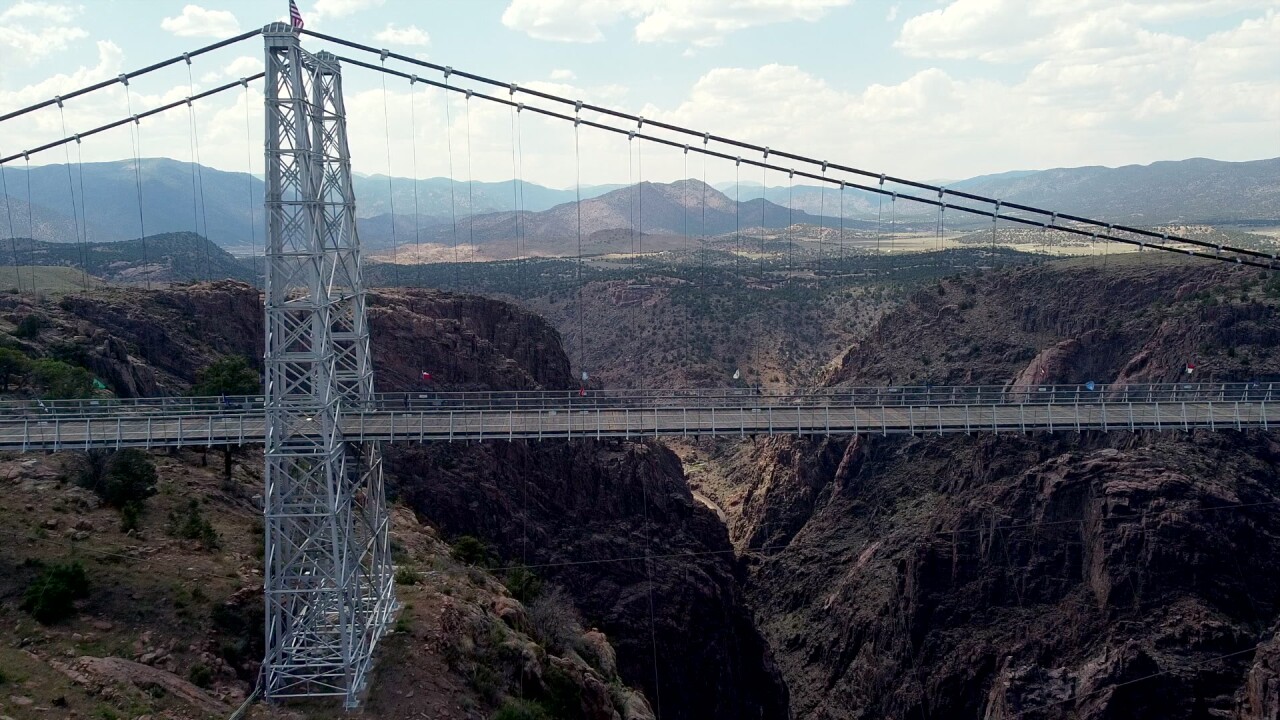 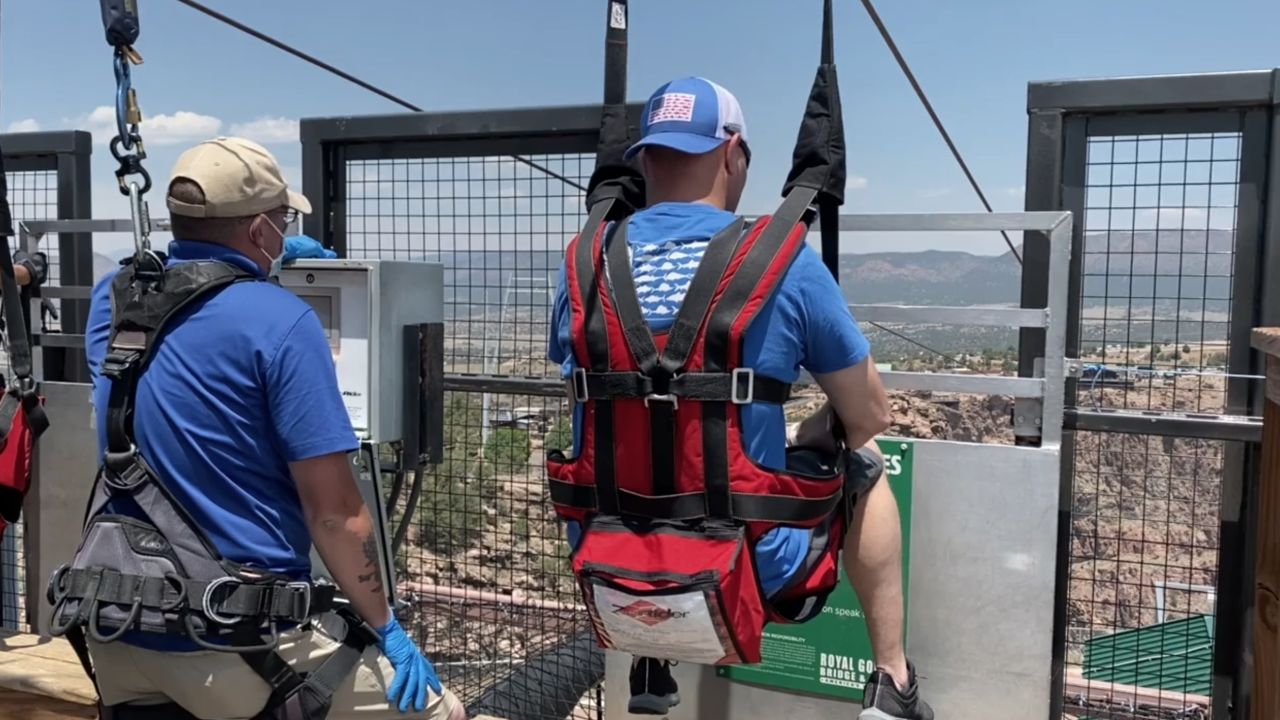 CAÑON CITY, Co. -- The Royal Gorge Bridge and Park has been a place providing natural beauty and adrenaline rushing rides for 91 years.

“It’s history,” said Chad Harris, who works at the admissions desk. “It’s one of the most iconic places in the United States, and I feel honored to work here.”

Harris said the park has been a special part of his life. He was an intern at the park several years ago and then came back to work full-time.

“My family worked here, my brother, my sister my mom,” Harris said. “I wanted to come back to this place and have a career here.”

But seven years ago, Harris watched decades of memories go up in flames. The Royal Gorge Bridge and Park was destroyed by a wildfire. The bridge was nearly all that was left.

The heartbreak of the fire—only preparing Harris and his team for the challenges that COVID-19 would bring.

“I honestly thought the fire was the worst thing that could happen to us,” said Peggy Gair, who manages public relations for the park.

Gair has been with the park for more than 20 years and said the virus was a new strain of devastation.

“Never in my wildest dreams did I think we’d be closed for that many weeks, the two and a half months that we were,” Gair said.

She said the fire was different—the park had insurance and was prepared to rebuild. No one could have prepared them for the pandemic.

Just before the pandemic hit, employees spent dozens of hours and thousands of dollars hiring 30 new employees. Days later, they had to let everyone go, and now, the process to rehire is more complicated than ever before.

Gair is signed up for a new way to find workers: a live, virtual job fair. She’s hoping to fill dozens of open positions around the park. Some of those jobs have been available since last year, and now, Gair believes the extra $600 a week in unemployment benefits is playing a role in keeping people from applying.

Gair is hoping that after July 31, more people will come to her park looking for work.

Despite the struggle, Gair said she looks at the park today like she did in 2013—as a beacon of hope. As long as this park stands, the people will follow.

“We just have to tighten the belt, pull ourselves up by the bootstraps and keep going forward,” said Harris.

If you'd like to work at Royal Gorge Bridge and Park, you can find information here.