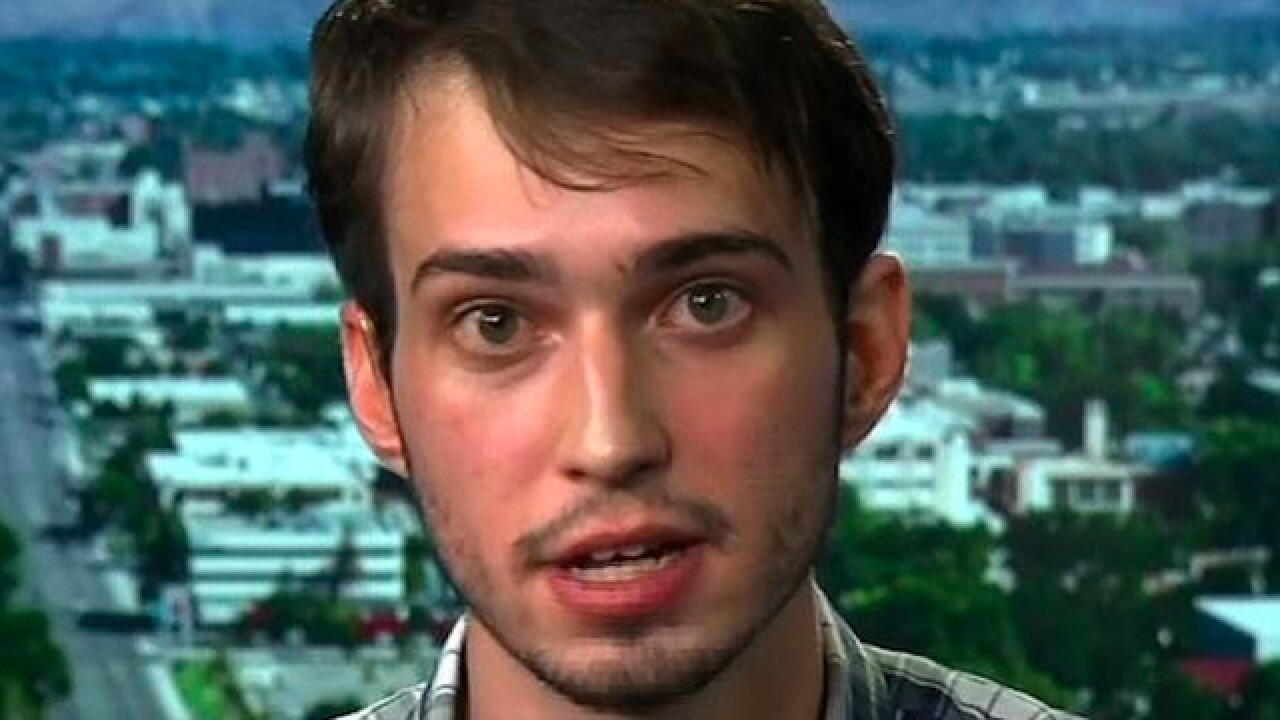 As President Donald Trump lashed out at "deep state operatives" and vulnerable Democratic Sen. Jon Tester at a rally Thursday night in Montana, there was a distraction in the background.

Just over Trump's right shoulder was a young man dressed in a plaid shirt, who was making faces and mouthing responses to the President's speech.

"I just wanted to go, just see the President and hear what he had to say. I mean, I'm not going to pass up the opportunity to see the President of the United States," Linfesty told CNN's Don Lemon in an interview Friday night.

Linfesty said those were "actual, honest" reactions he had to the President's remarks, adding, "I was not trying to protest."

At one such point Thursday night, Linfesty was spotted mouthing the words, "Have you?" in response to the President's claim that he has "gotten a lot of support" in the wake of the anonymous New York Times op-ed author and the writer's claim of a "resistance" within the Trump administration.

Less than an hour into Trump's speech, a woman came and took Linfesty's place behind the President.

Linfesty said he knew why he was removed from the rally, though he claimed he was never given a reason as to why he was told to leave.

Linfesty said he and his friends were asked to wear the red hats with Trump's campaign slogan "Make America Great Again." Instead, Linfesty was wearing a Democratic Socialists of America pin.

"The woman she came in, and she just said, 'I'm going to replace you.' And I just walked off. I knew I was getting kicked off for not being enthusiastic enough so I decided not to fight it," Linfesty said.

According to Linfesty, Secret Service agents then escorted him to a back room where they sat him down for 10 minutes and looked at his ID, before "very respectfully" telling him to leave and not come back.

Asked how he feels now about his new found internet fame, Linfesty said, "It feels unreal."

"The past 24 hours has been completely insane," Linfesty said. "I see people at school recognize me, 'Hey, that's plaid shirt guy.' Yeah, that's me. And that's hard to believe."