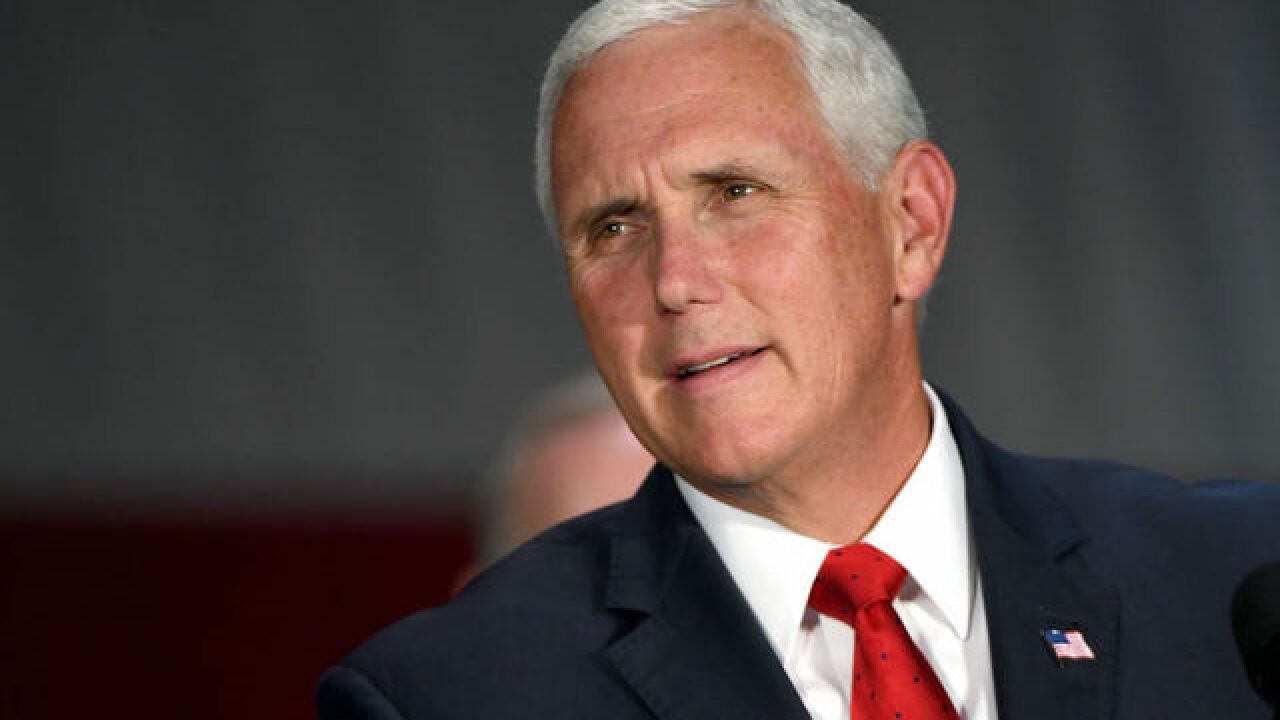 Vice President Mike Pence said in an interview airing Sunday that he has not discussed invoking the 25th Amendment to remove President Donald Trump from office.

"No. Never," Pence told CBS's "Face the Nation" host Margaret Brennan when asked if he'd had conversations about invoking the 25th Amendment, adding, "Why would we be, Margaret?"

Pence's comments came in light of a recent New York Times op-ed written by an anonymous senior Trump administration official who claims there have been internal discussions about invoking the 25th Amendment as a mechanism to remove Trump from office.

Pence, in his rebuke of the claim, quickly pivoted to a speech former President Barack Obama delivered Friday that was seen as a pointed critique of Trump.

"I mean the truth of the matter is over the last eight years despite what we heard from President Obama on Friday, I mean this country was struggling ... it was the weakest economy since the Great Depression," Pence said.

In the CBS interview, the Vice President stopped short of disputing claims that the President has publicly mocked members of his Cabinet. According to Bob Woodward's new book, "Fear," Trump openly mocked Attorney General Jeff Sessions and told Commerce Secretary Wilbur Ross he was "past his prime."

"Well, I would tell you I know this President has great respect for the men and women who serve in this Cabinet," Pence said when directly asked if he denounced the specific claims in Woodward's book about insults against Cabinet members. "These accounts are very foreign to me. And I'm just not aware of instances where they've occurred and or where they would occur. But look, I want to stipulate that working in the White House is not for everybody.

"I mean this President is tough. He's demanding. He wants things yesterday. And I think it's one of the reasons why we've accomplished so much in such a short period of time," Pence added. "I mean, the truth is I think President Donald Trump is the most accomplished President of my lifetime, and I think already one of the most successful presidents in American history."