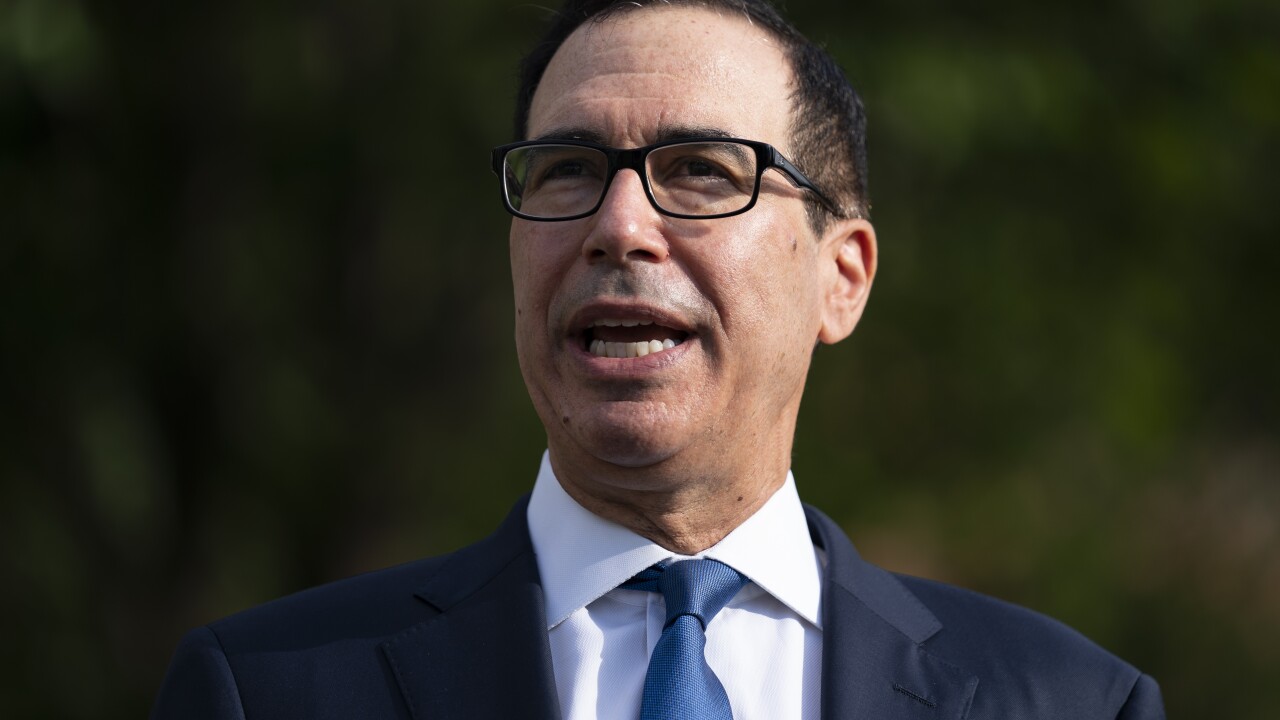 WASHINGTON, D.C. — Treasury Secretary Steven Mnuchin says Republicans are set to roll out the next COVID-19 aid package on Monday.

Mnuchin assures that the fine-tuned proposal has the support of President Donald Trump.

The secretary and the White House's acting chief of staff, Mark Meadows, met Saturday on Capitol Hill to salvage the $1 trillion proposal that was abruptly pulled back just days ago.

Mnuchin told reporters at the Capitol that extending an expiring unemployment benefit — but reducing it substantially — is a top priority for Trump. He called the $600 weekly aid “ridiculous” and a disincentive for people to go back to work.

Mnuchin also told the Associated Press that a fresh round of $1,200 stimulus checks would be coming in August.

Mnuchin’s optimistic assessment comes before Democrats weigh in publicly on the updated proposal, which remains only a starting point in negotiations.