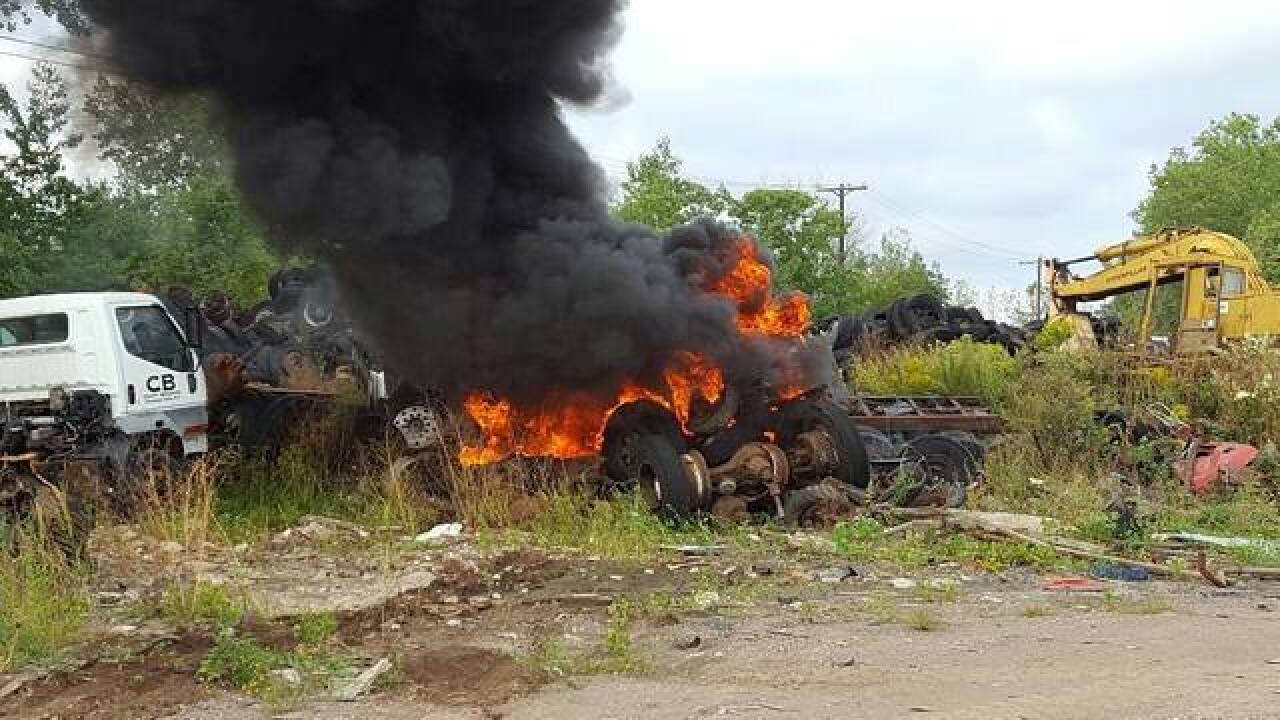 Multiple fire departments pitched in to help extinguish a fire at a Depew salvage yard fire. Around 9:30am, Friday morning, Depew firefighters were alerted to a fire in the rear yard of Casey's Salvage on Transit Rd.

Fire officials reported that smoke could be seen from Transit and George Urban Blvd.. Firefighters had to use over 800 feet of hose to reach the portion of the yard that was burning.

The Bowmansville Fire Company and the Village of Lancaster were called in to assist and the fire was contained and put out after about 45 minutes. There are nor reports that any one was injured.