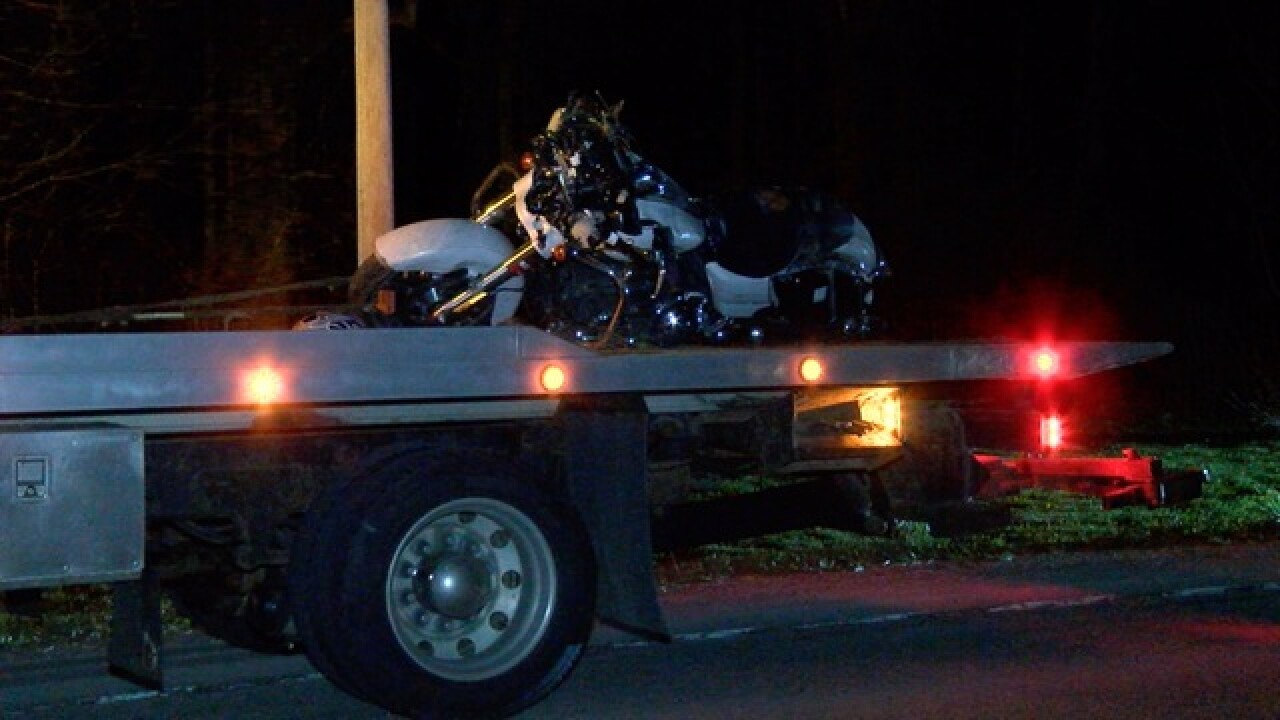 Route 438 on the Seneca Nation of Indians' Cattaraugus Territory was closed while agencies attended to a motorcycle crash.

The crash happened around 11 p.m. Monday near Hawk Meadow Drive.

It appears the operator, Steven Murray, lost control of his motorcycle and crashed.  He was taken to ECMC with injuries to his head and upper body.

His passenger, Melissa Avery,  was taken to Lake Shore Hospital with minor injuries.