When Ryan Kuhlmann moved from Southern California to Seattle, he didn't know a soul. So he started online dating.

"I find this girl with a profile that's just like, 'I'm a proud Buffalonian.' So my first message to her was literally, 'I love Buffalo!'"

Little did he know, Rachel Voelkle, the proud Buffalonian (let's face it, is there any other kind?), would one day be his wife. And little did either of them know they would end up in Buffalo.

"Everyone was like, 'Why are you going to Buffalo? You're crazy.' I'm like, 'You're crazy for not going!'" said Rachel.

Newlyweds and millenials, the Kuhlmanns chose to move to Buffalo for its sense of community, its proximity to Rachel's family, and the endless activities the city has to offer.

"It's a cool place to be," said Rachel. "It's really fun, there's always something to do. I always feel overwhelmed any given weekend, because there's too much to do." 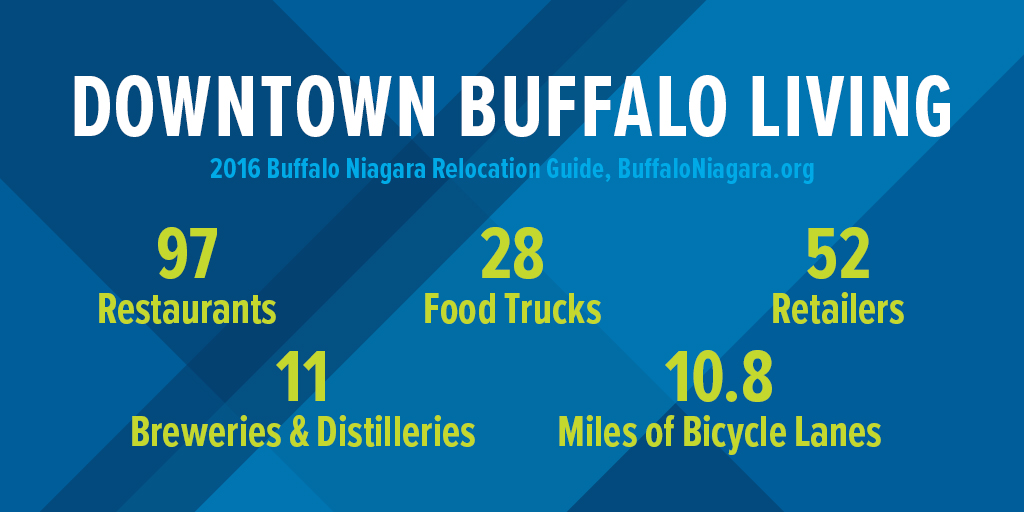 Not to mention its affordability, especially in comparison to Seattle.

"The cost of living in Buffalo just makes it so that you really can have that lifestyle you want," said Rachel. "To be able to know that I'll be able to bring my kids up in an area where they'll be proud of where they come from, that they're going to be embraced and supported and loved, and that our neighbors take care of each other, and they're going to grow up in a place where they see that, means so much to me and to us."

Ryan says he first visited Buffalo to visit a friend in college and immediately fell in love with the area.

"I remember first coming to Buffalo and seeing all these beautiful buildings that were just vacant and ready for people to invest and create and make things happen," said Ryan.

The couple says they loved the idea of all the opportunities Buffalo has to offer so much they packed up their truck in the heat of summer and drove across the country.

"When we decided to move to Buffalo, we had great jobs in Seattle, but we had no job prospects here, we really had no place to live," said Rachel.

President and CEO of Invest Buffalo Niagara, Thomas Kucharski, says this mentality is what's bringing a younger demographic to Buffalo.

"Millenials are smart," said Kucharski. "They're likely to pick their place and then find a job, rather than find a job and get used to the place." 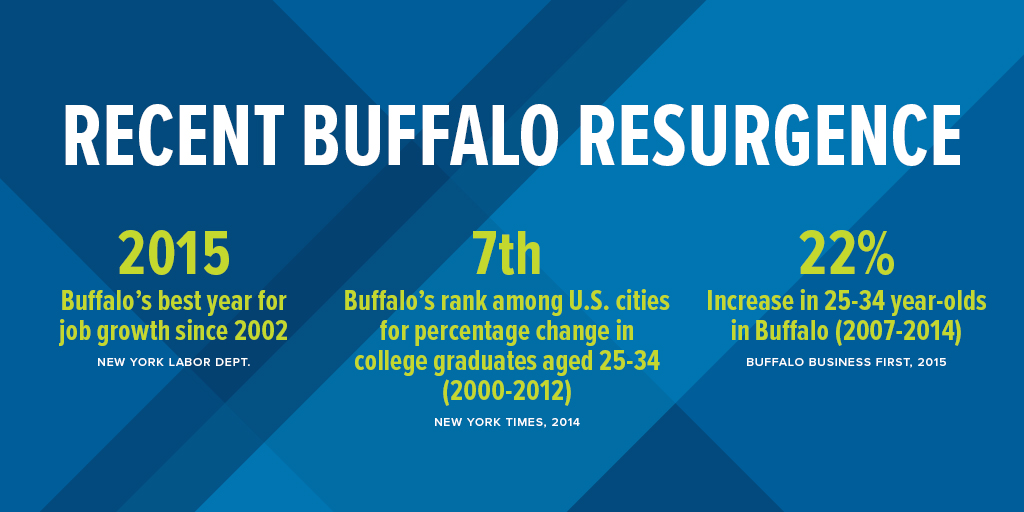 Kucharski says that is exactly what Buffalo is about - a place filled with opportunities, both work and play, that outsiders are excitedly discovering.

"Having a concentration on small business, on entrepreneurs, on capturing all the energy that's coming out of UB, Buff State, Niagara, and all of our institutions here, that's a whole new thing for Western New York," said Kucharski.

Invest Buffalo Niagara is using Buffalo's new energy as a selling point to bring businesses and people to the area, which was portrayed in the Relocation Guide it sent out across the country in July.

"Now is the best time to sell Buffalo and build a foundation for the future. We've got some energy, people are feeling good about what's going on here, our unemployment rate is very low," said Kucharski.

Kucharski says Buffalo is even winning in bids for companies to headquarter in over other places like Atlanta and Orlando; businesses are recognizing Buffalo as a place on its way up and they want to invest in that. Even foreign companies are taking a look at the region. 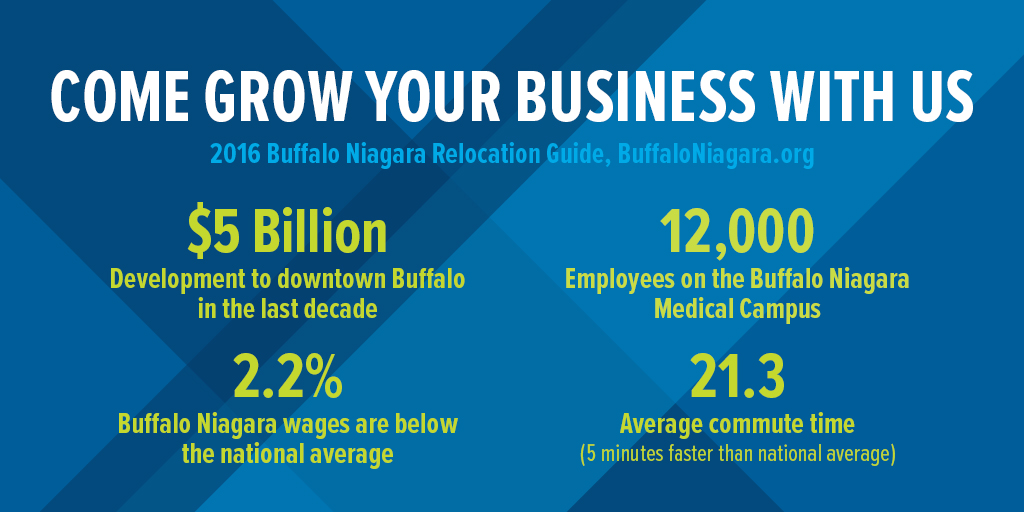 With these companies come job opportunities. Many ex-Buffalonians who would have liked to stay in the area after college, but fell short on job offers, now have a reason to move back.

Kucharski says Buffalo is also appealing because it's a mid-sized city with all of the amenities of and accessibility to larger cities. Toronto is just a 90 minute drive and New York City is only 50 minutes by plane.

Ryan and Rachel said easy travel was a big reason they decided to move. Traveling to a destination spot is much closer and easier than on the West Coast where they came from.

"I think the beautiful part about living in a place like Buffalo is you can afford to go travel and go see a cool city in a weekend and you can do that here," said Rachel. "We can explore here and that's what's fun. I can't wait to show Ryan the East Coast and go up and down the seaboard and see all there is to see."

Kucharski also emphasizes that there is more to the area than the City of Buffalo. The opportunities extend beyond one town or one company. It's a growing region.

"Places like Batavia and Jamestown and Dunkirk and Niagara Falls, they're starting to come back, too," said Kucharski. "I'm very proud of what we've done here and I really do think that we should all be proud. We should let that pride radiate out there, because as we're seeing now in the work that we're doing, we can compete with anybody."

Rachel says she is very happy to be back in Buffalo, where she can be closer to family and be a part of the Buffalo renaissance.

"I feel grateful every day that I met somebody who wanted to move here," said Rachel. "And I always joke that I should get a reward from the city for bringing an out-comer. But he did want to come here. It wasn't because of us, it was because we both wanted to be here."