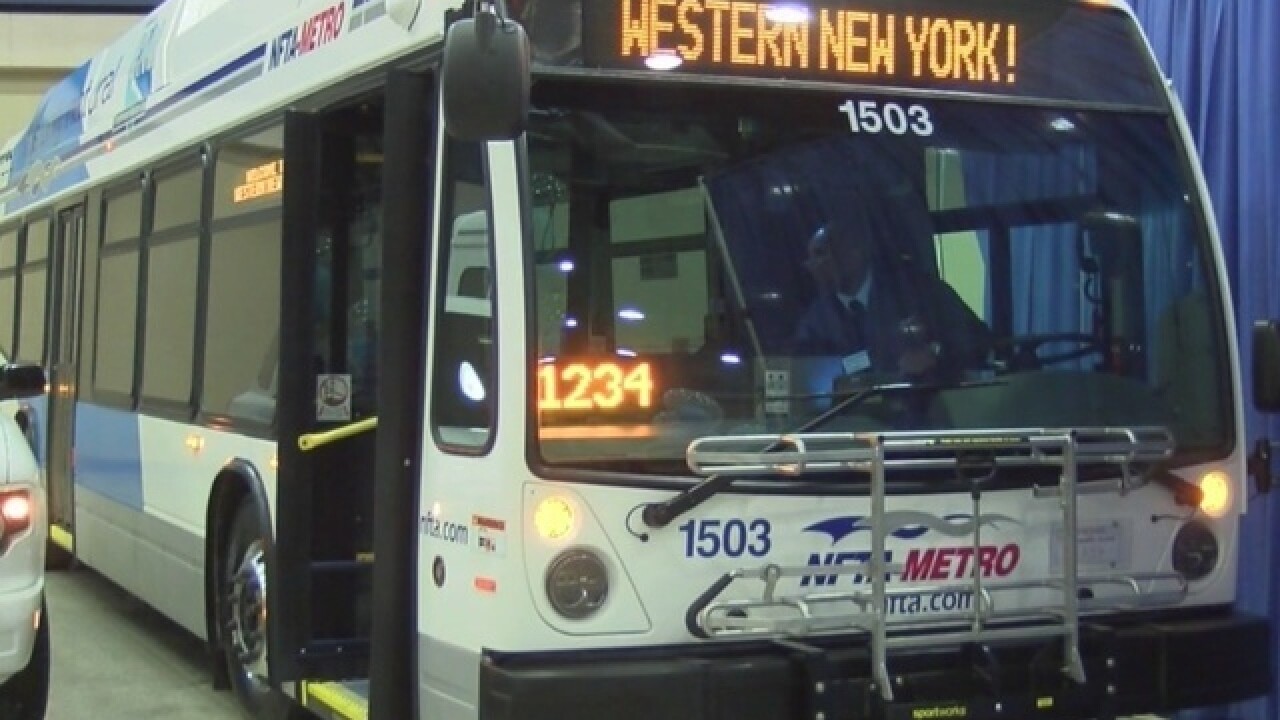 Shoppers and store employees will not have to walk across Walden Avenue to reach the new Walmart Super Center in Cheektowaga.

The mega-retailer has come to an agreement with the town and the NFTA to bring a bus stop to store property. The decision comes about a month after Walmart said it would prohibit buses from directly unloading passengers on its property citing safety concerns.

Metro Bus Route 46 will stop in front of the entrance to the garden center several times a day, seven days a week.

Walmart is also building a bus shelter at the site. The shelter is expected to be completed by June.

A Walmart spokesperson said the retailer determined there would be too many safety issues with the NFTA's proposal to have buses drop off passengers directly in front of the store.

"We value the feedback of the communities we serve and work hard to make our shopping experience as safe and convenient as possible," said Walmart spokesman Phillip Keene. "(We) have recently agreed on a solution that we feel accounts for both the concerns and convenience of our customers and associates in Cheektowaga."

The new Cheektowaga store opens Wednesday at 7:30 a.m. on the site of the former Super Flea between Union and Dick roads. It will replace a smaller Walmart in the Thruway Plaza nearby.