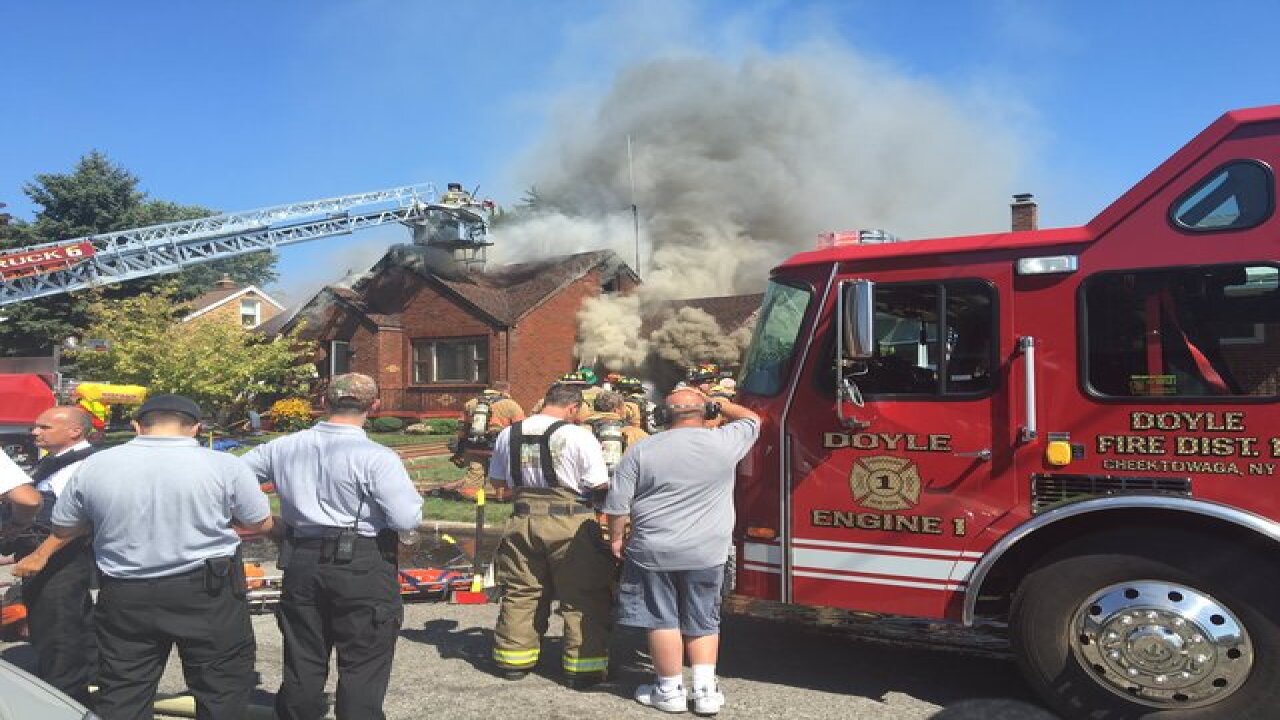 Cheektowaga Police and the Doyle Fire Company are investigating a fatal fire as a possible arson.

The two-alarm fire broke out in a home on Peoria Avenue around 1 p.m. Monday afternoon.

A father and son were in the home at the time of the fire. The 93-year-old dad made it out alive, but his 62-year-old son, Barry Fiume, died in the blaze.

Crews believe the fire started in a second-story bedroom and quickly escalated. At one point, all firefighters were ordered out of the home and forced to battle the blaze from the outside.

Neighbors in the area are shocked this horrific fire ripped through their neighborhood.

"It's very tragic. I knew Barry personally," said Mark Taberski, who lives nearby. "I remember him even as a little kid growing up and just seeing him through the neighborhood. I'm in a state of shock."

"It's very sad to hear and I feel for the family," said Carolyn Kish, who also lives in the neighborhood.

The cause of the fire is still under investigation.