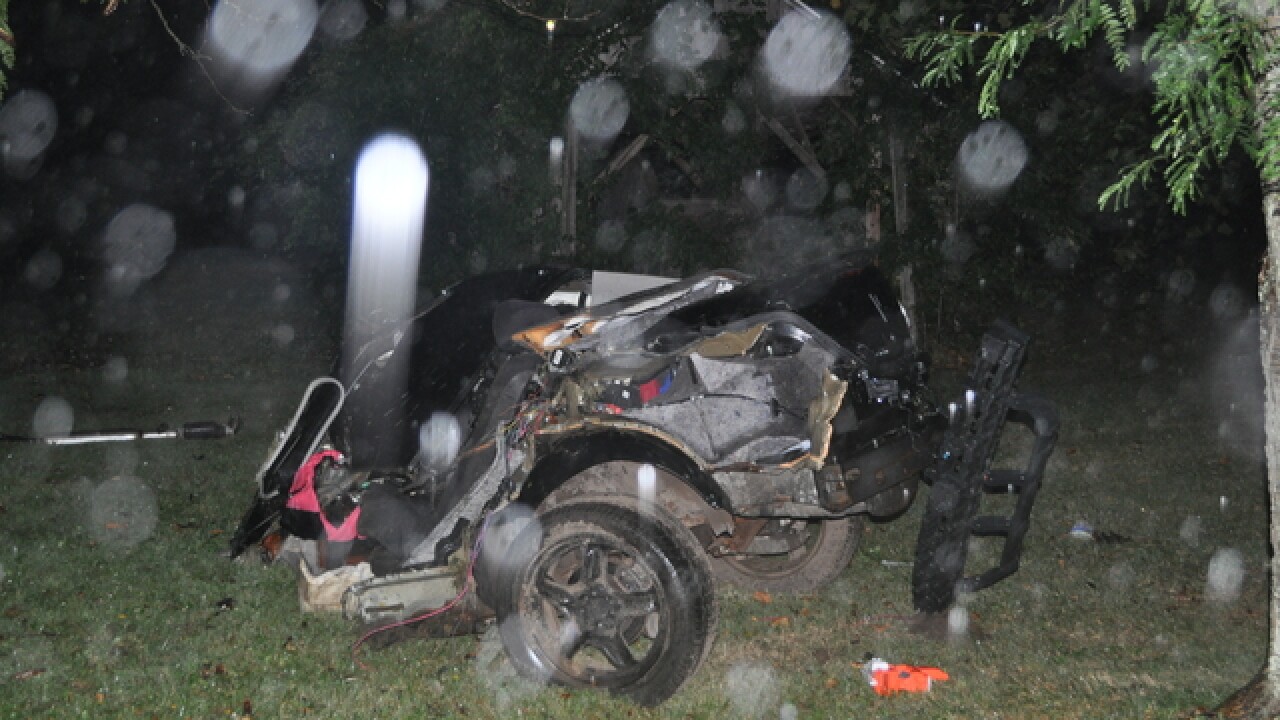 A Lyndonville man was charged with DWI after crashing his car into a tree.

Police say 26-year-old Brandon Woodhams was driving at a 'high rate of speed' when he drove off the road on Sawyer Road in the Town of Gaines.

The impact severed the vehicle in two and then became engulfed in flames.

Woodhams was able to escape the vehicle with minor injuries. Troopers say they determined Woodhams was impaired and arrested him for DWI.

Police tested Woodhams and found the 26-year-old had a BAC twice the legal limit.

Woodhams will appear back in court on Wednesday, October 10th.