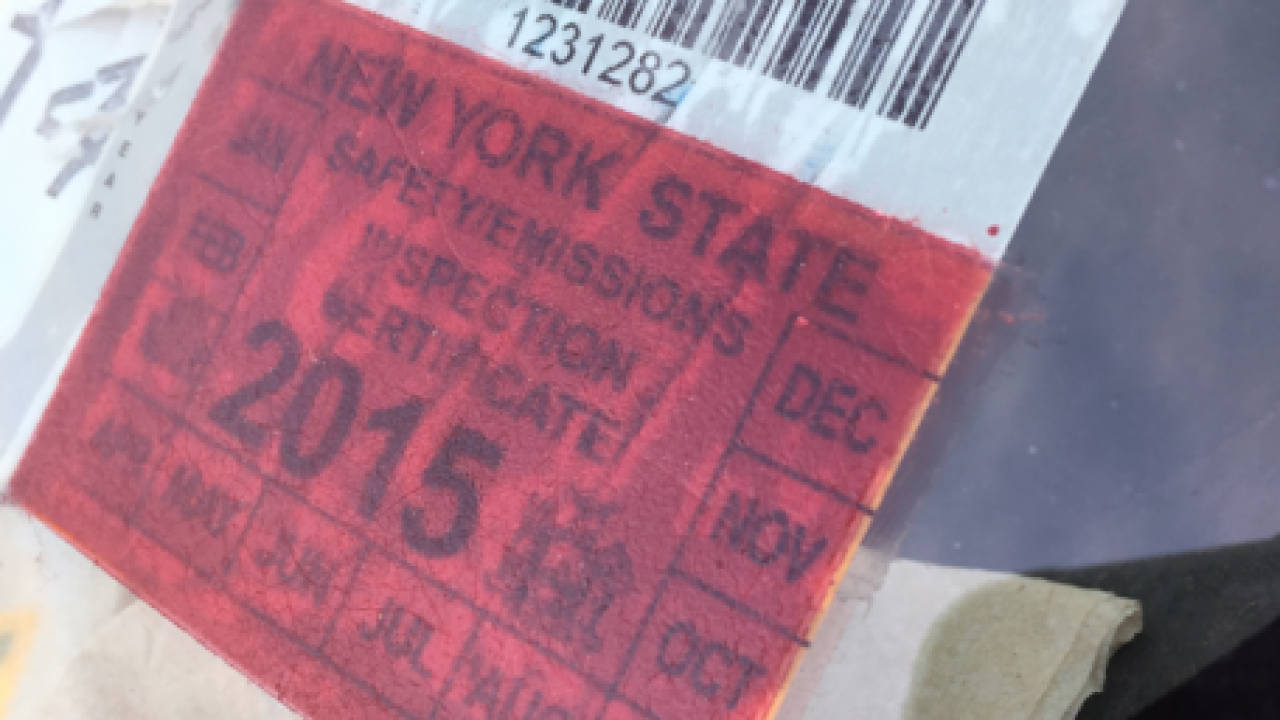 A Tonawanda man is now under arrest, accused of having a fake inspection sticker.

Police in the City of Tonawanda say they noticed Travis Payne's phony inspection sticker during a traffic stop on Fillmore Avenue, Wednesday morning.  Officers say Payne had attached a red piece of plastic film to the outside of the windshield to make the yellow sticker, which expired in 2015, appear red.

During the traffic stop, police say they also discovered Payne had two suspensions on his license for failure to pay child support and failure to answer a summons.