Why is it so hard to recycle those old tube tv's? 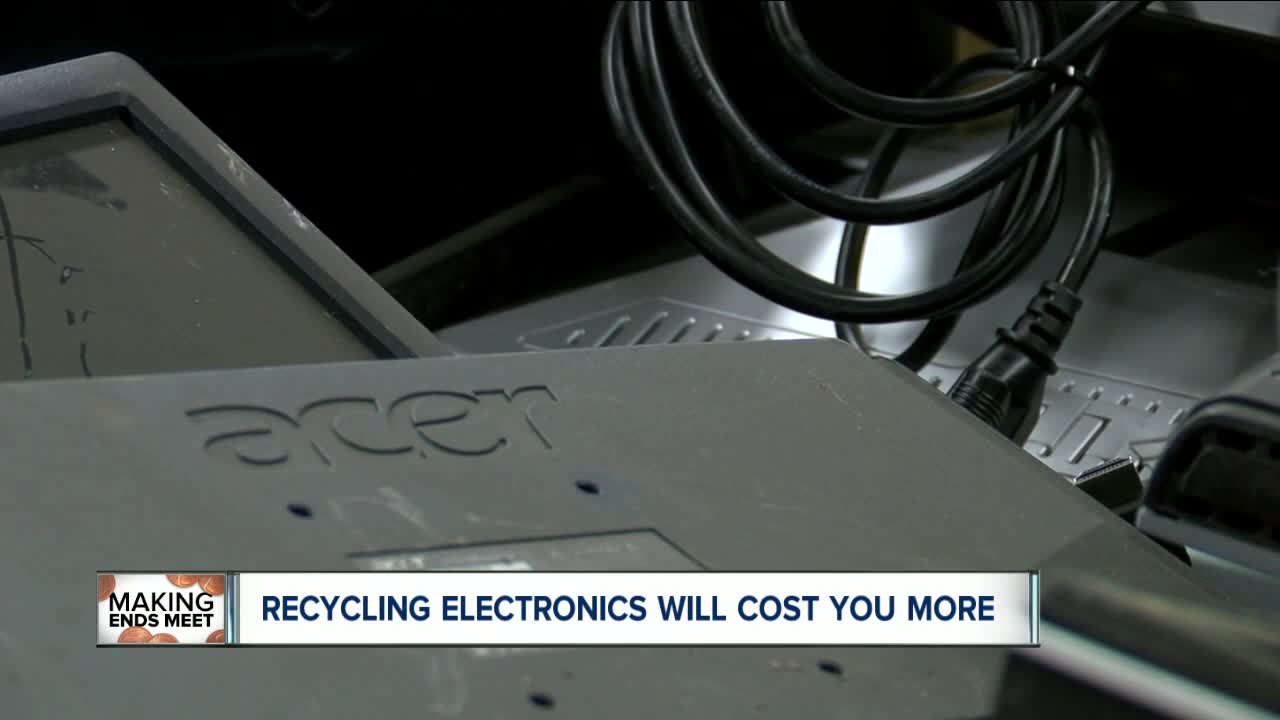 An inside look at the rising costs recycling facilities are facing when it comes to old technology.

BUFFALO, N.Y. — Chances are you have an Cathode Ray Tube (CRT) television or monitor lying around your house or gathering dust in the basement. Have you noticed that it's become more difficult to dispose of old electronics you may find? According to experts in the electronics recycling field, this isn't a coincidence.

“I think we’re seeing a paradigm shift in our industry just like recycling at your curb isn’t free, electronics recycling isn’t free unfortunately either," Vice President of Sunnking Incorporated, Adam Shine, says. “Unfortunately what has happened over that time is that there have been rising costs and free and convenient hasn’t necessarily held up.”

Sunnking Inc. is a facility in Buffalo that handles recycling your old electronics. They work with local municipality electronic collectors to dispose of dangerous materials that come with recycling tube TVs and other technologies. Shine says a few factors have caused a spike in costs over the last few years to rid of these electronics.

“There’s such a limited number of CRT recyclers and every time they close their doors it increases the cost for those that remain," Shine said.

Shine also says that a recent program launched by the world's largest recycling country, China, preventing them from importing any scrap materials has driven up prices as well.

“We actually don’t accept them at more, we don’t even take broken LCD TV’s either because they charge us to get rid of them," Vice President, Steven Chumsky, says. “We get probably three to five calls a day asking if we take them or can come pick them up and we’re like no.”

You most likely can still recycle your CRT tv's and monitors at locations within your municipality, just remember it may cost you.