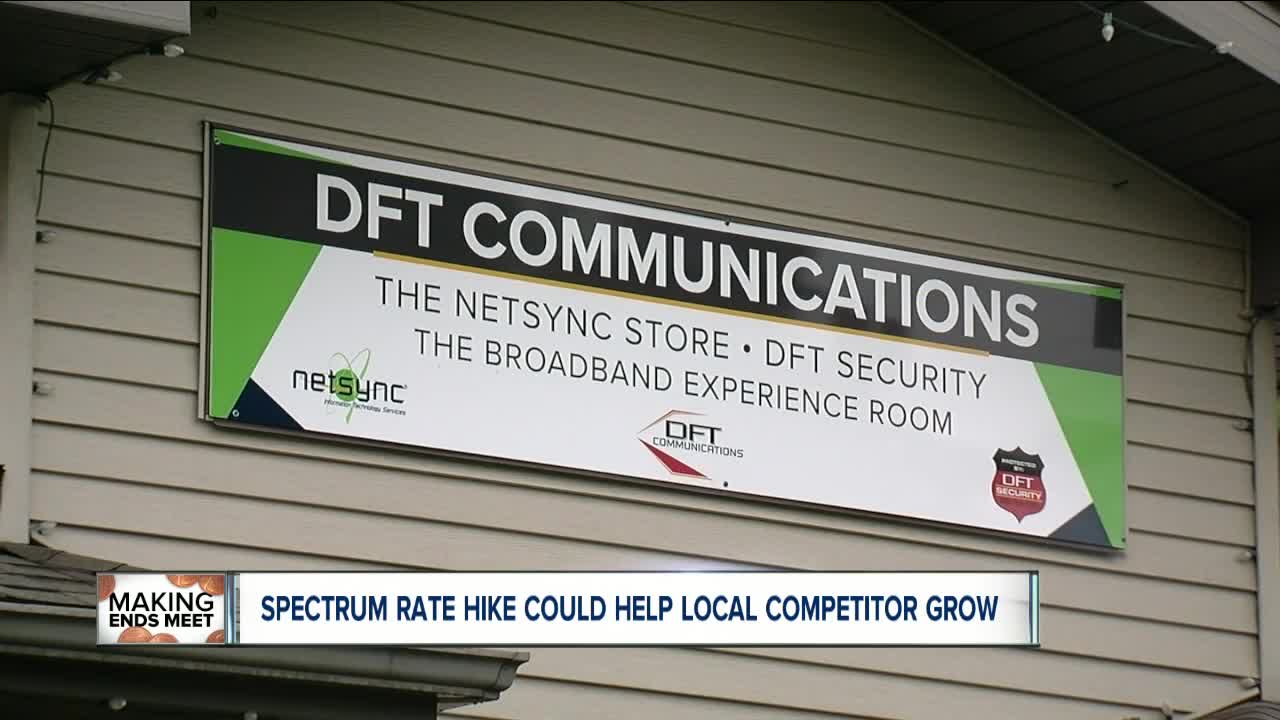 Customers tell 7 Eyewitness News that they have been unable to find out how much their rates are going up when talking with Spectrum customer service representatives.

Charter Communications, which operates Spectrum, said customers need to refer to their monthly statement to see how much their costs are changing.

"Competition is how you keep the price down. So, it kinda of makes us smile when we hear these types of announcements," said Kurt Maytum, President & CTO of the telecommunications company.

DTF Communications actually started 121-years ago as a grocery store that had the first telephone in the Dunkirk-Fredonia area so it could call the train station to see when groceries arrived from other places. "So they wouldn't sit on the platform," explained Kristopher Maytum.

Through the years, the family-owned company evolved to the point where it now offers a wide range of digital services from computer repair to security systems to IT management and high-speed internet.

Customer Service Manager Susan Gatto said even before the Spectrum rate increase, DFT Communications was getting more calls from "angry" Spectrum customers who felt their bills were too high.

It already has about 10,000 customers in Chautauqua County and part of Pennsylvania.

With the Spectrum controversy, DFT believes it will attract more customers looking for a cheaper internet package.

"We've worked hard to keep our rates low and some of our plans can be as much as 50% cheaper than Spectrum," added the company president.

Many people are looking to "cut the cord" on cable TV but are not sure how to do it.

DFT Communications is now opening a "Broadband Experience Room" where anyone can come in and learn how to reduce costs while watching TV programs using just the internet and a streaming device like an Apple TV, Roku, or Amazon Firestick.

More information about the growing Chautauqua County company can be found here.