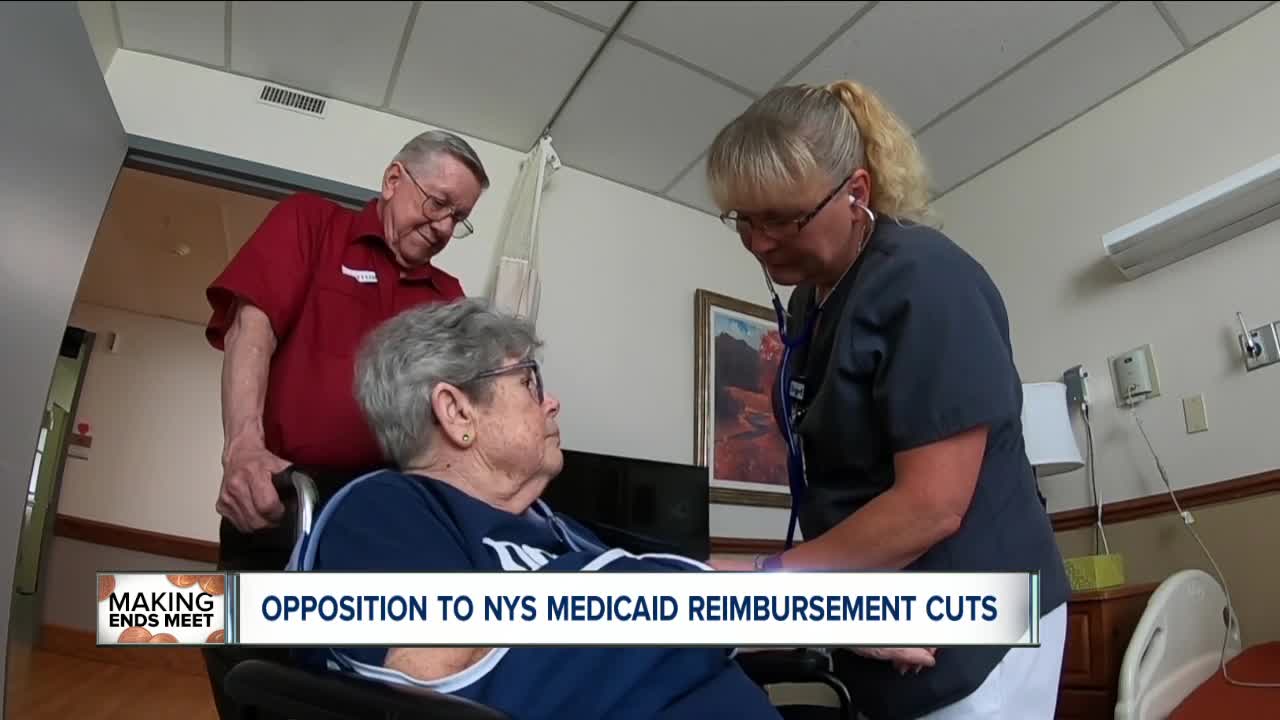 Those cuts are supposed to be applied retroactively to July 1, 2019 by the New York State Department of Health (NYSDOH).

"This affects everybody. That includes for-profit facilities, non-profits, faith-based and hospital-based. It is likely to lead to more bankruptcies and more sales. And that is going to lead to more WNY residents looking for new homes in our over-taxed system that is already near a breaking point," added Christopher Koenig, president & CEO for Niagara Lutheran Health System.

Speakers said the impact on WNY nursing homes would be huge with cuts ranging from $300,000 up to $1.5 million per year.

In addition, it is feared the cuts will have a negative effect on staffing, which would directly relate to resident care.

"Nursing homes already have a very hard time recruiting staffing. There is a shortage across the state and this is just going to reduce our ability to recruit and train staff," added Christopher Koenig.

Nursing homes say they are already being reimbursed at a rate of 20% less for the care they provide.

Advocates for nursing homes are now asking the public to contact Governor Andrew Cuomo's Office to voice concerns over the CMI cuts.

Those against the cuts say the Department of Health imposed the cuts instead of engaging a work group that was tasked with developing a more effective reimbursement plan.


According to the New York State Department of Health:

“The FY 2020 state budget included a change in the method used to reimburse nursing homes statewide, in order to ensure that nursing homes are paid accurately and fairly based on the care needs (“acuity”) of the 80,000 New Yorkers they serve at an annual cost of approximately $6 billion. The Department does not expect this change to result in any disruption to nursing home residents and the care they receive.”