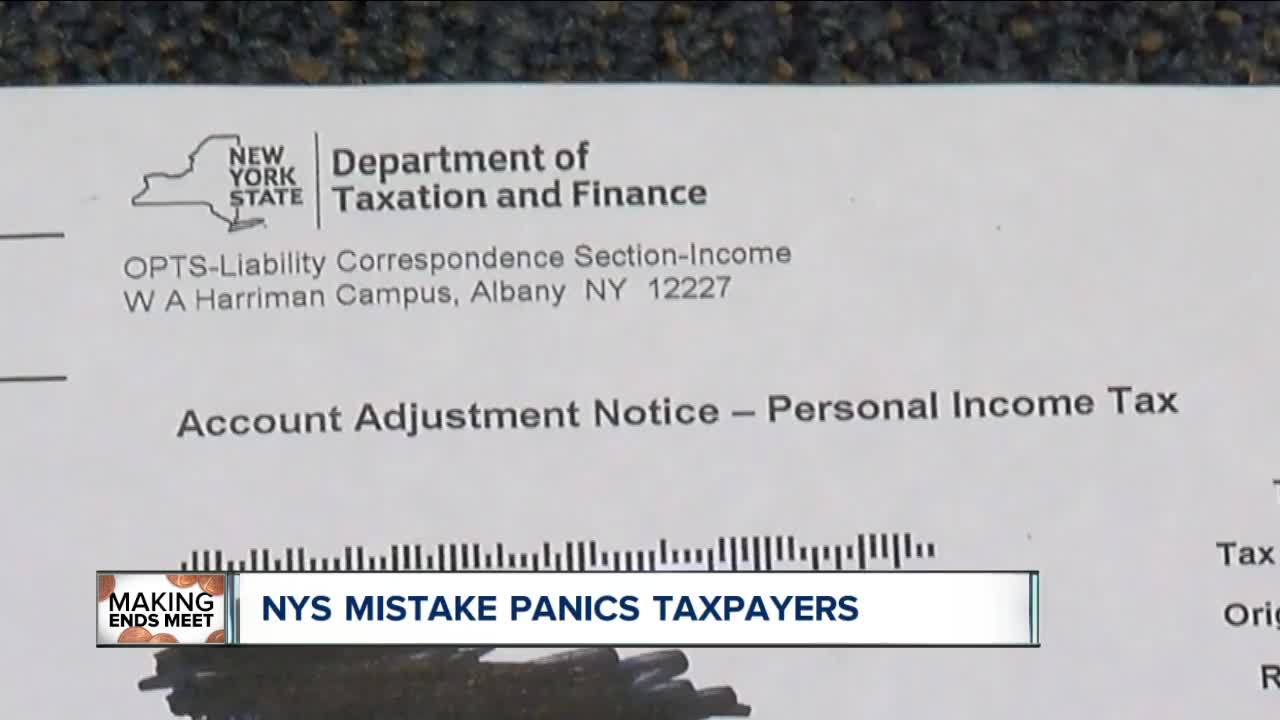 TONAWANDA, N.Y. (WKBW) — Did you receive a notice from New York State (NYS) saying your income tax refund has been adjusted to zero because "you are not entitled to a refund"?

You are not alone.

Many people have been getting the letters in the mail because of a computer glitch on New York State's part, explained Christopher Fabian, vice president of EG tax in Tonawanda.

In addition, the notice is panicking many taxpayers into thinking they must now repay a tax refund they have already received.

Fabin said it appears the letter is only going to government employees who work at places like the U.S. Postal Service, TSA, Homeland Security or serving in the military.

EG Tax received 500 calls from upset taxpayers on Monday with the calls continuing to come in.

The fear is some people may see the letter and send money they don't owe, added Fabian.

7 Eyewitness News reached out to the New York State Department of Taxation and Finance to see what it going on.

We received the following response:

"The Tax Department works diligently to ensure ongoing and timely notifications are shared with NYS taxpayers. Recently, notices were mailed to taxpayers that received a refund and some of those notices were mailed in error. If the "previously refunded amount" listed on the notice matches the refund the taxpayer claimed and has already received, then the taxpayer should disregard the notice. If, however, the "previously refunded amount" does not match the refund claimed and received, the taxpayer should follow the instructions for responding to the notice. Staff at our call center are available to assist taxpayers should they have additional questions, 518-485-6549. "

The whole situation is confusing because NYS is holding some refunds until there is verification of deductions claimed on a tax return.

"Don't ignore those ones," warned Fabian, who said the state will only hold your refund for a set amount of time before it will no longer be issued.

This was the first tax year where New York State tax rules differed from federal tax rules because of a dispute over tax reform.

Was it the cause?

"I wish I could answer that question but I can't," said Christopher Fabian, who said he was only told by NYS that a software glitch was responsible for the problem.