New tax rule change that could impact your take-home pay 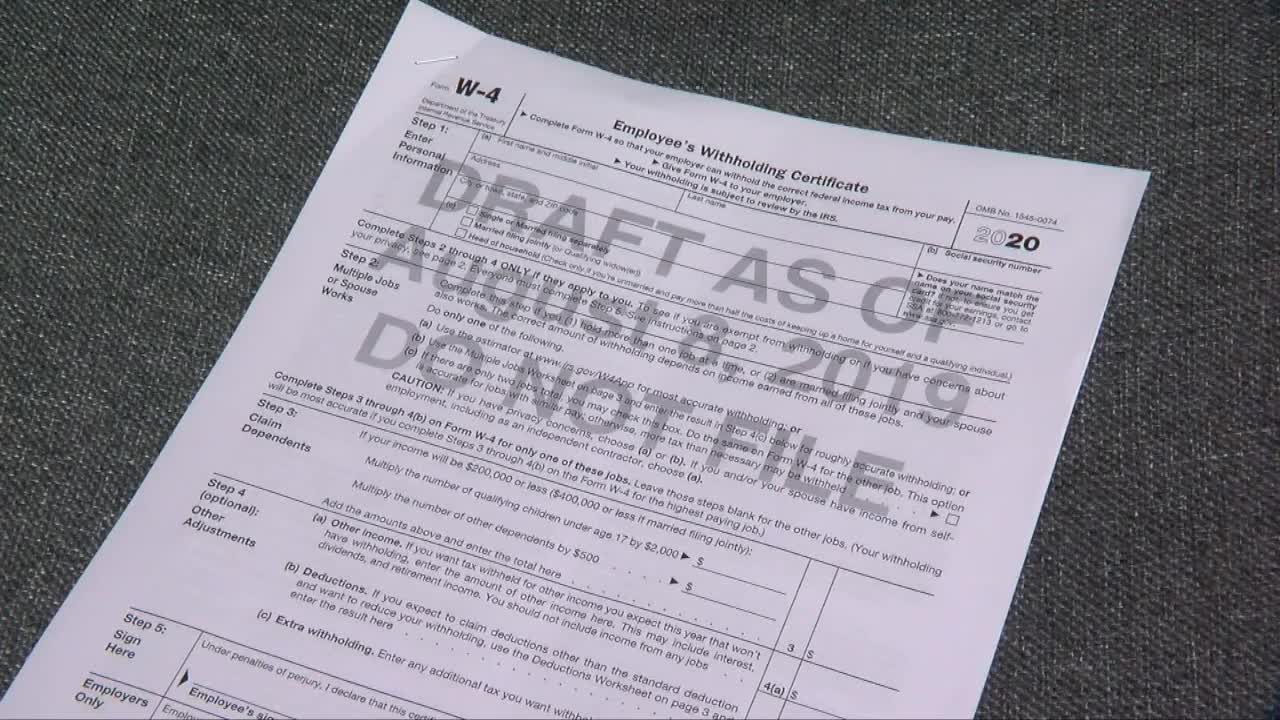 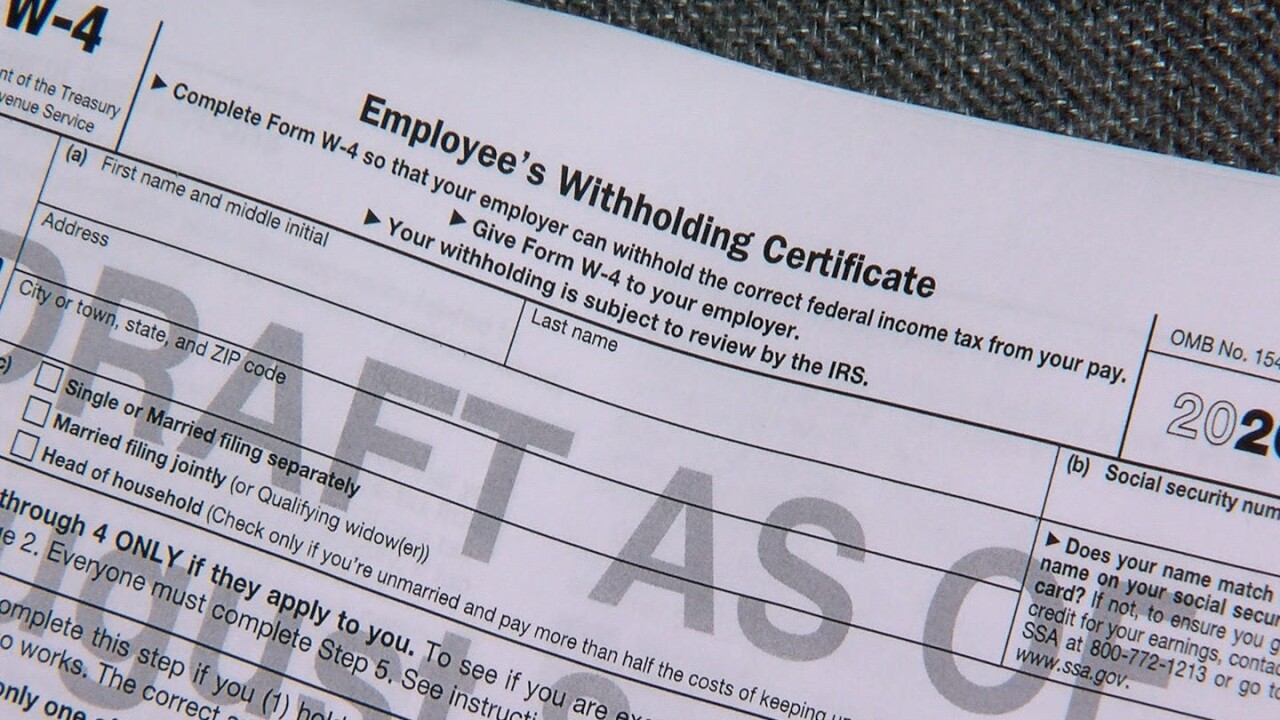 TONAWANDA, N.Y. (WKBW) — Things have been confusing for taxpayers since the implementation of tax reform in 2018 that included changes to withholding tables that surprised many people with smaller refunds.

The Tax Cuts & Jobs Act was signed into law by President Trump in December 2017 and made several changes to the tax code starting in the 2018 tax year.

Less money was taken out of paychecks throughout the year for income taxes resulting in smaller refunds, or in some cases, people being surprised that they owed income tax when they expected a refund.

Withholding from your paycheck could get even more confusing, explained Tim Eliason at EG Tax Service in Tonawanda, because the IRS is looking to change its W-4 form that is used to calculate paycheck withholding.

Under the proposed change, that is expected to take place in November 2019, employees will now have to report all income, including outside jobs, on a new W-4 form that is submitted to your employer.

It is a concern, said Eliason, who explained that employees will be telling employers about other sources of income that they "may not want to disclose or want them to know about."

People who fail to have the proper amount withheld from their income could be subject to fines, explained Eliason.

Will your employer start withholding from your paycheck based on all the other reported income? "That is the intent," added Eliason.

It is unclear how the change will impact those who have already submitted a W-4 Employee's Withholding Certificate to their employers.

The IRS posted the following information on its website about the change:

"The Treasury Department and the IRS are working to incorporate changes into the Form W-4, Employee’s Withholding Allowance Certificate, for 2020. The current 2019 version of the Form W-4 is similar to last year’s 2018 version.

The IRS is working closely with the payroll and the tax community as it makes additional changes to the Form W-4 for use in 2020.

For the current 2019 tax year, the IRS continues to strongly urge taxpayers to review their tax withholding situation as soon as possible to avoid having too little or too much withheld from their paychecks. To perform a quick “ paycheck checkup ” use the IRS withholding calculator.

In addition to the W-4 change, several other federal tax rules have occurred over the summer months: