Local tax preparers: Could be "nightmare" year to file taxes in NYS 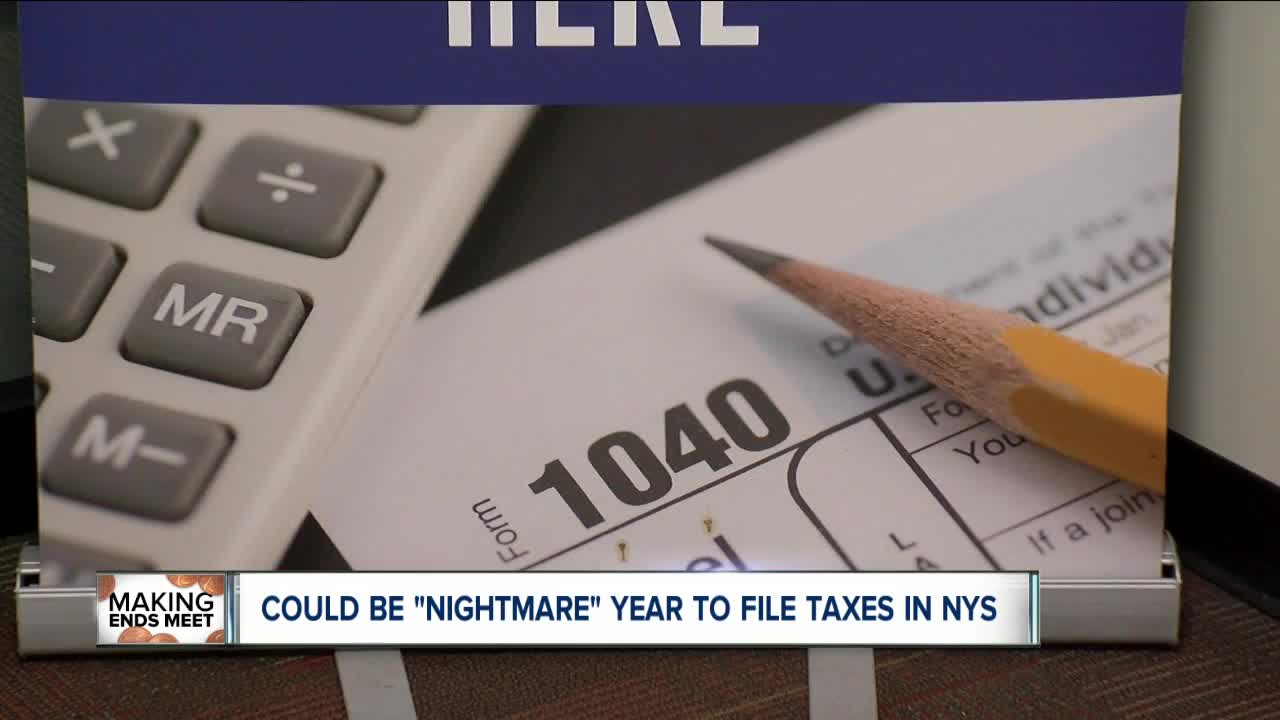 Could be a "nightmare" year to file taxes in NYS

This will be the first year that people file their taxes under the new federal tax reform laws.

Those laws were meant to make filing more simple, but local tax preparers say it will make things even more complicated for New York State residents.

The reason: New York State does not accept federal tax reform, and instead, is using tax rules that don't match with the new federal rules.

In years past, tax filers could copy a lot of the information on their federal returns over to their NYS returns.

Now, differences in federal and state deduction rules will require separate calculations and data on the NYS forms.

The partial federal government shutdown is also adding to the tax confusion.

"There is no correspondence with the IRS right now," added Fabian.

The Buffalo Federation of Neighborhood Centers (BFNC) told 7 Eyewitness News Reporter Ed Reilly that it is still waiting for the proper materials from the IRS so it can begin filing returns on January 26th.

E. Greenard Poles, BFNC program director, said the "situation" could delay the organization's ability to properly complete federal tax forms and get them filed - which could then result in refund delays for those counting on the money.

Executive Director Ricardo Herrera fears those delays could force some low-income families to seek advance payments on their refunds from loan sharks who require a large percentage of the refund.

"I have a bad feeling that this is going to result in a whole lot of re-adjustments and we are going to be needed year-round," said Herrera.

In spite of the new rules and regulations, there is still pressure to make sure your returns are correct because NYS will hold on to your refund if it thinks your tax return should be audited.

"I foresee a lot of audits from NYS," added Christopher Fabian.

Both EG Tax and the BFNC recommended that do-it-yourself tax filers should consider consulting with an expert this year because things are so confusing.

Ed Reilly has more about this situation in the attached report.