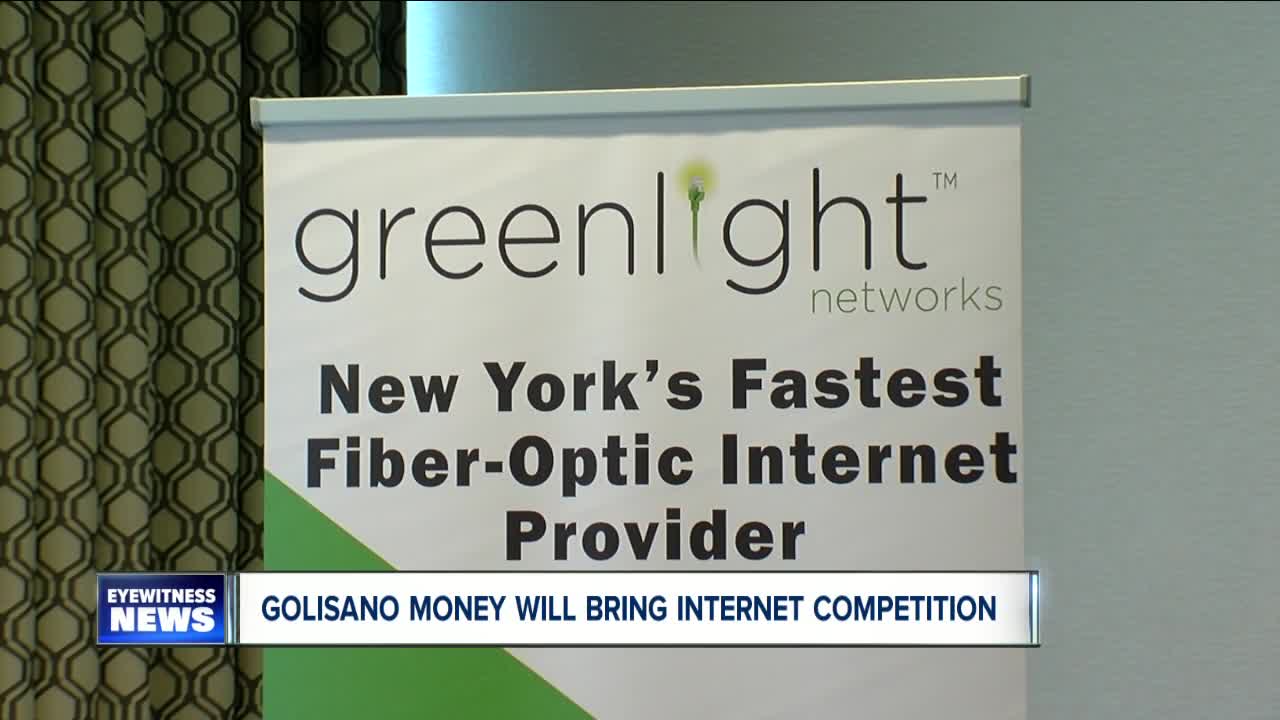 "The need is there. The pricing is right. We have the people who are capable of doing it. For me, this is a real opportunity for everybody," said Golisano.

The company said its fiber optic network will offer a base speed of 500 Mbps, which the company says is five times faster than cable internet. In addition, Greenlight Networks plans to price its 500 Mbps service at $50/month.

Greenlight Networks is now trying to determine what areas will be the first to get the service.

Mark Murphy, CEO of Greenlight Networks, said the company will begin planning with it engineers for the placement of the fiber optic lines in January 2020 - and the selected neighborhoods will be those that showed the most interest for the service.

The company must also complete a 'Franchise Agreement' with the City of Buffalo which will determine how the fiber lines and service are implemented in Buffalo.

Spectrum (Charter Communications) is the only provider in Buffalo that offers internet and cable TV service to residents (not counting satellite TV providers). In October 2019, Spectrum announced it was raising prices which triggered an outrage by city residents.

Spectrum currently owns the cable lines in the city, explained Common Council President Darius Pridgen, who said it was hard for the city to attract competition because of the cost to install new cables.

Golisano's investment of $100 million will help Greenlight Networks start the build-out of its fiber optic system by summer 2020.

Since TV streaming services (Apple TV, Disney+, Hulu, etc.) are very popular, the company is hoping customers will be attracted with the promise of faster internet which will allow buffer-free viewing of programs through devices such as Roku, Amazon Firestick, and Apple TV.