Increasing concerns about hunger in WNY 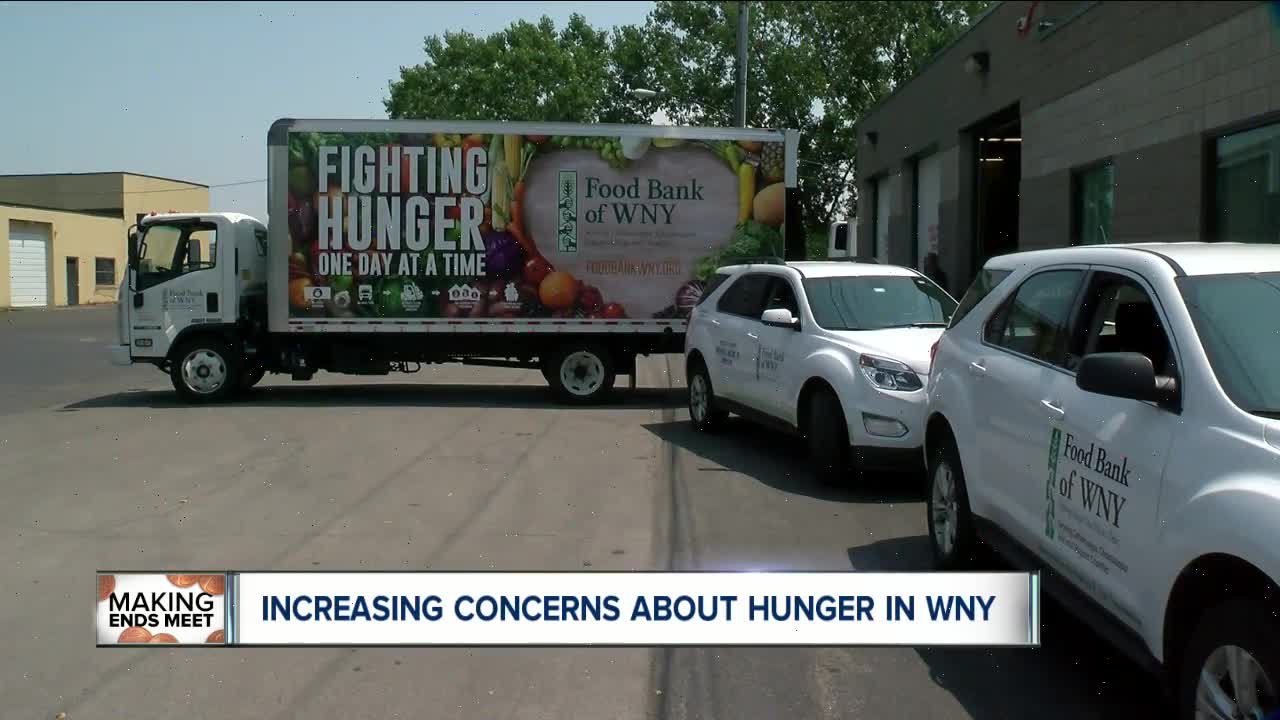 Increasing concerns about hunger in WNY

BUFFALO, N.Y. (WKBW) — Summer is one of the most challenging times of the year for food insecure families as children do not have access to in-school breakfast and lunch program.

In addition, organizations that feed the needy/working poor see a big decline in community food donations.

"When summer arrives, hunger takes a back seat for many individuals in our community," said Catherine Shick, Communications Director for FeedMore WNY (formerly known as the Food Bank of WNY).

On Saturday July 27, FeedMore WNY is holding a "critical" fundraiser from 9 a.m. until 2 p.m. at Island Park, Williamsville called "Walk Off Hunger."

More information about the 12th annual "Walk Off Hunger" can be found here.

The goal is to raise money to help FeedMore WNY buy food to restock its warehouse shelves.

Online registration for the event in closed but people can still sign up at the walk.

Under the changes sought by the Trump Administration and the USDA, 3.1 million people would no longer be eligible for SNAP just because they are receiving some form of state assistance, such as Temporary Assistance for Needy Families (TANF).

The USDA wants stricter screening of SNAP participants, who get food stamps as a result of their TANF eligibility, because the USDA worries some of these people have assets such as savings accounts and homes.

Weeding-out people who are cheating is cited by the USDA as the primary reason for the proposed changes.

You can read more about the USDA proposal here.

Organizations, like FeedMore WNY, worry people kicked out of the food stamp program will still need food help - especially the working poor, or the elderly on limited income with a home.

"SNAP really is the first line of defense against hunger," added Catherine Shick, who said many people Feedmore WNY serves are living paycheck to paycheck.

"This would absolutely put the individuals we serve at risk," said Lauren Picone, Government Affairs Manager for FeedMore WNY.

FeedMore WNY works with 307 partner organizations in Erie, Niagara, Chautauqua & Cattaraugus Counties and delivers 14 million pounds of food each year to those groups. Efforts are underway to send their comments to the USDA about the proposed changes during the mandatory 60-day public input period.

There is some strong opposition to the idea.

“It is outrageous, cruel and galling that after giving trillions of dollars in tax cuts to the wealthy and big corporations, the Administration, under the guise of fiscal austerity, is attempting to take nutrition assistance away from millions of Americans on the verge of hunger—including school children and people with disabilities. The proposed new rule from the USDA is just the latest Trump administration attack on hard-working American families trying to make ends meet and could take food out of the mouths of 3 million Americans. I strongly condemn this harmful change proposed by President Trump and will fight to make sure these cuts never become a reality.”