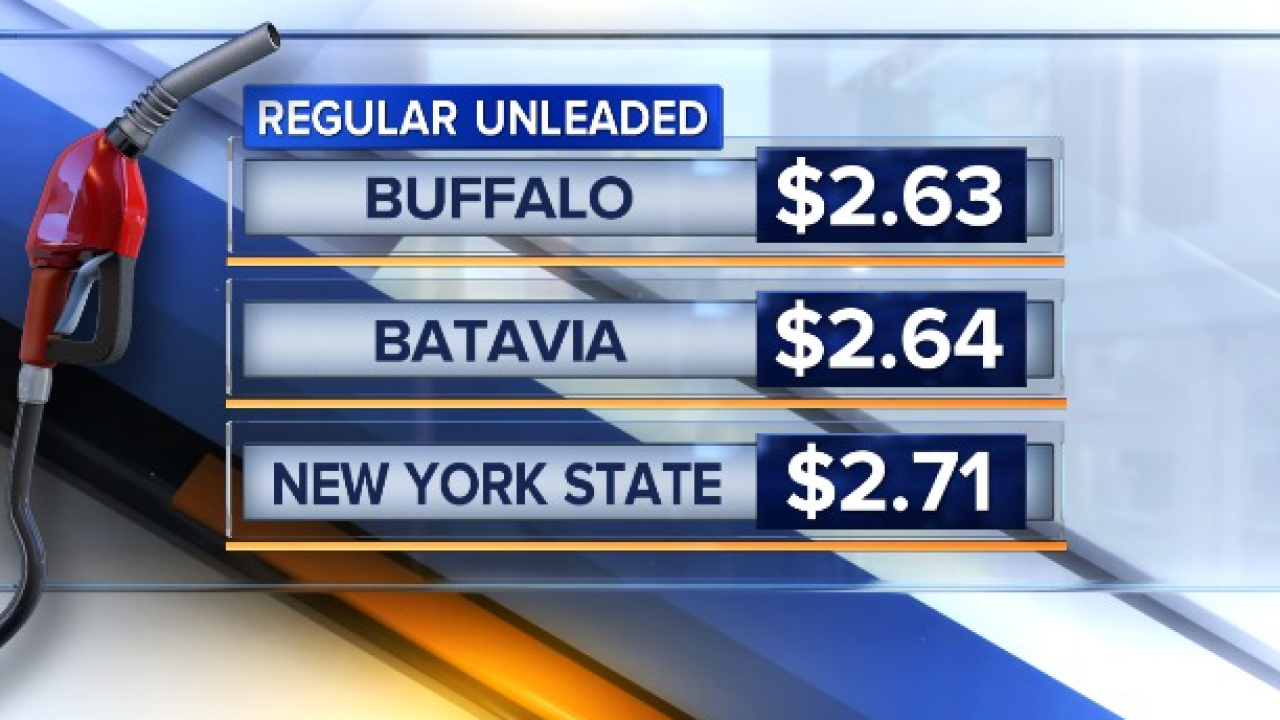 BUFFALO, N.Y. (WKBW) — If you're looking for some relief at the gas pump, you're in luck.

Gas prices are starting to fall across Western New York following a significant period of high prices due to ongoing tensions in the Middle East.