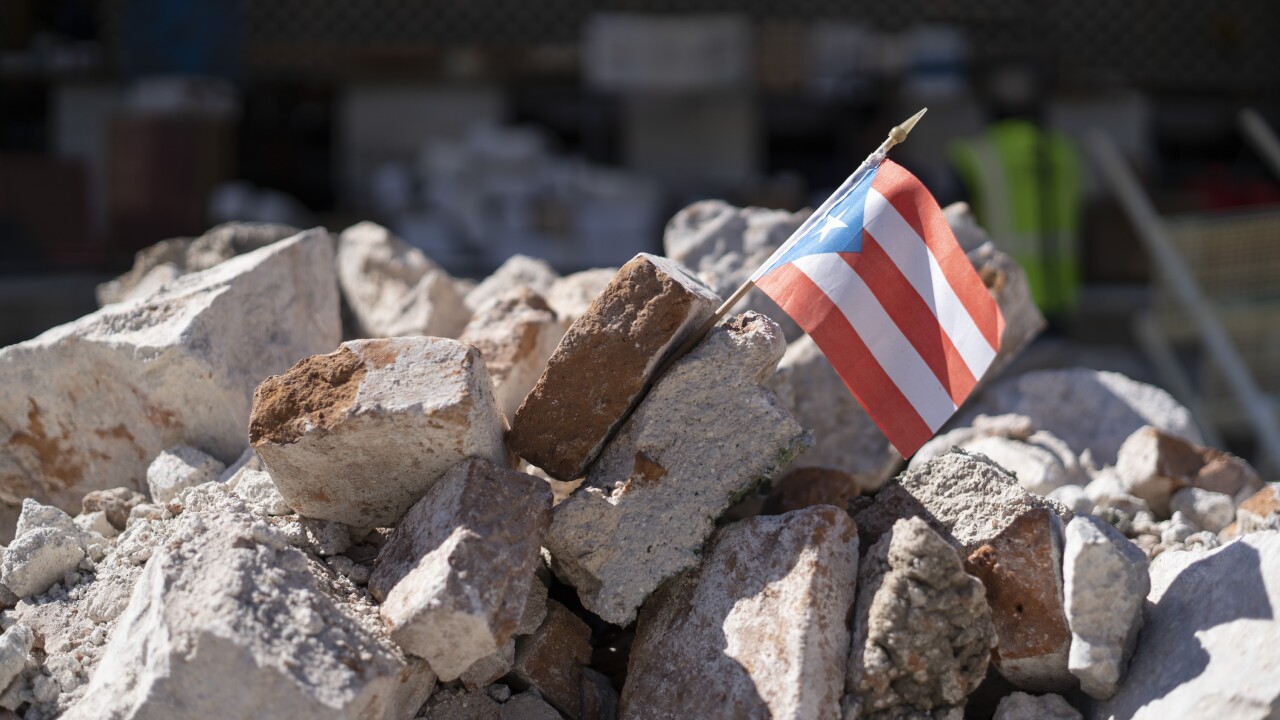 Eric Rojas/Getty Images
GUANICA, PUERTO RICO - JANUARY 7: A Puerto Rican flag sits in a pile of rubble after a 6.4 earthquake hit just south of the island on January 7, 2020 in Guánica, Puerto Rico. This morning's earthquake was preceded by a series of smaller quakes in the south of the island with the epicenter in Guánica. (Photo by Eric Rojas/Getty Images)

There are no immediate reports of injuries. It's the strongest shake yet since a magnitude 6.4 quake struck before dawn on Tuesday, knocking out power across the island and leaving many without water.