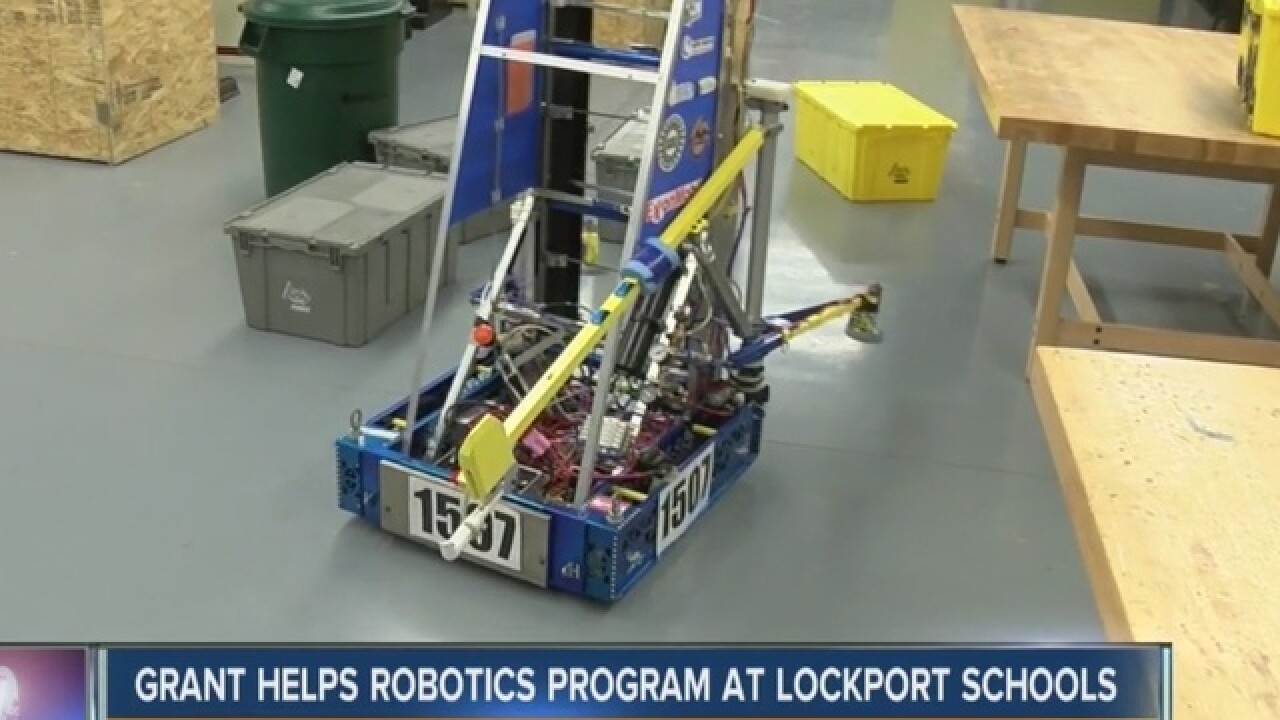 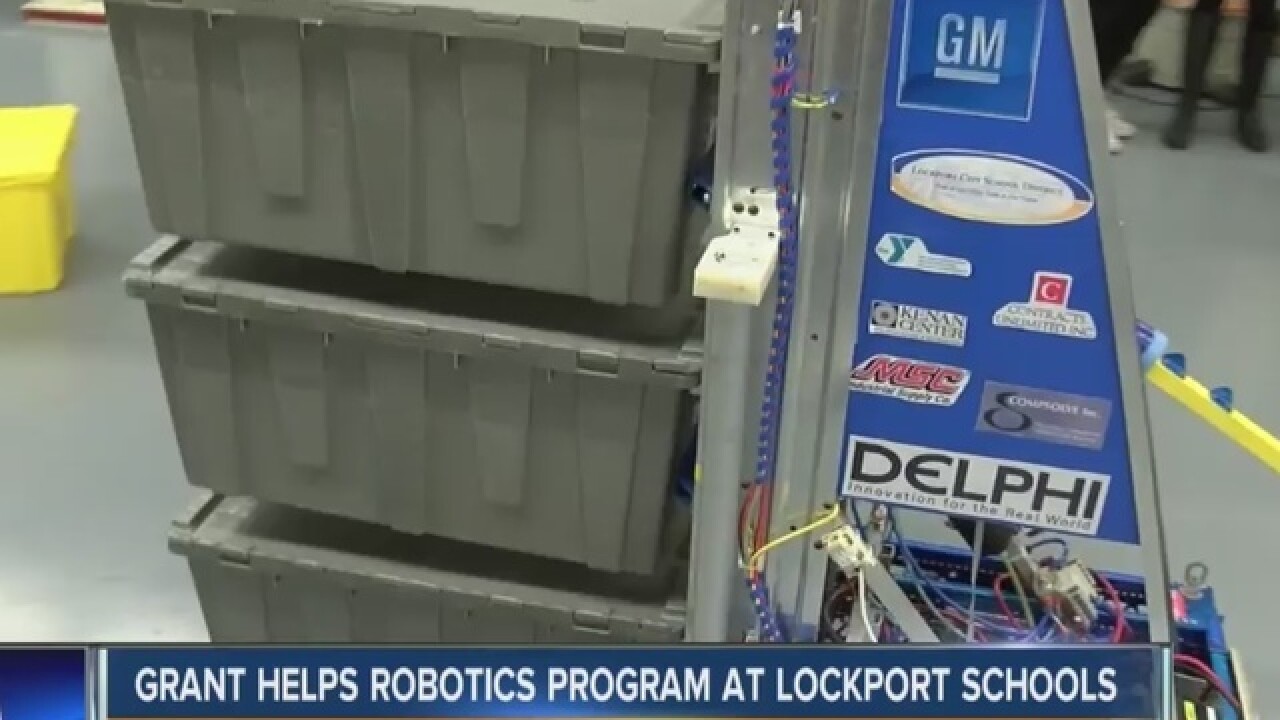 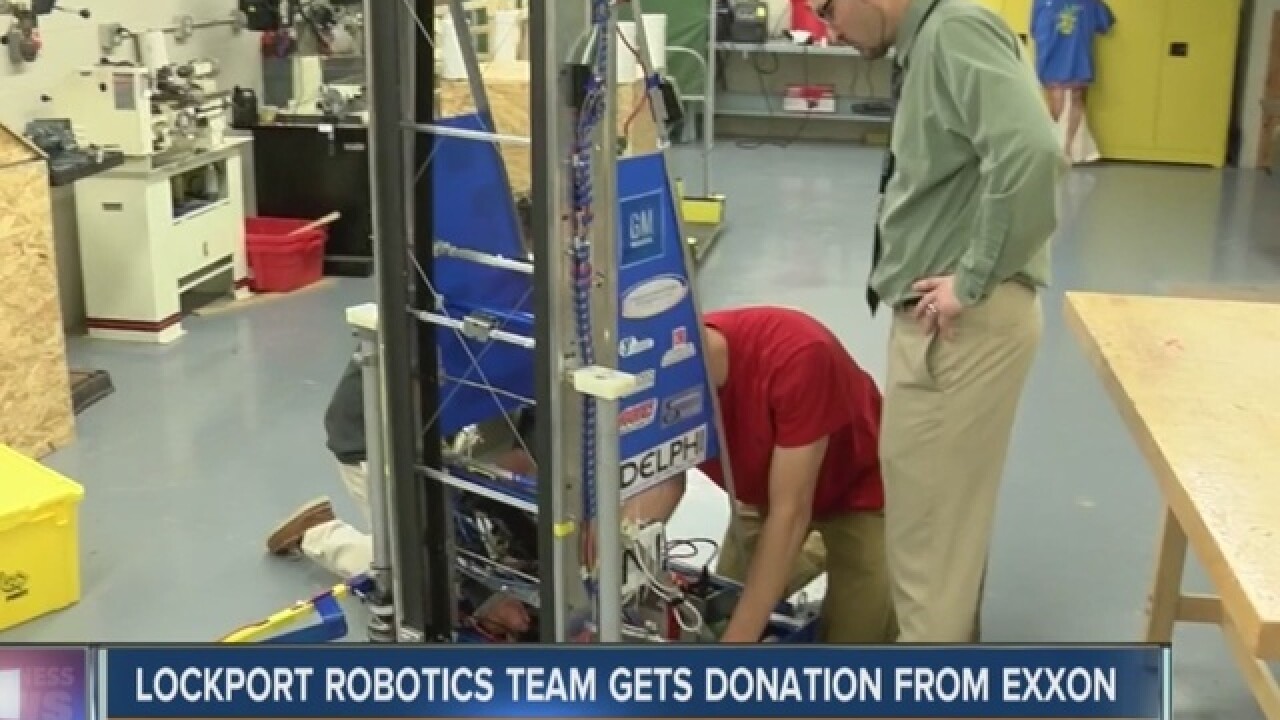 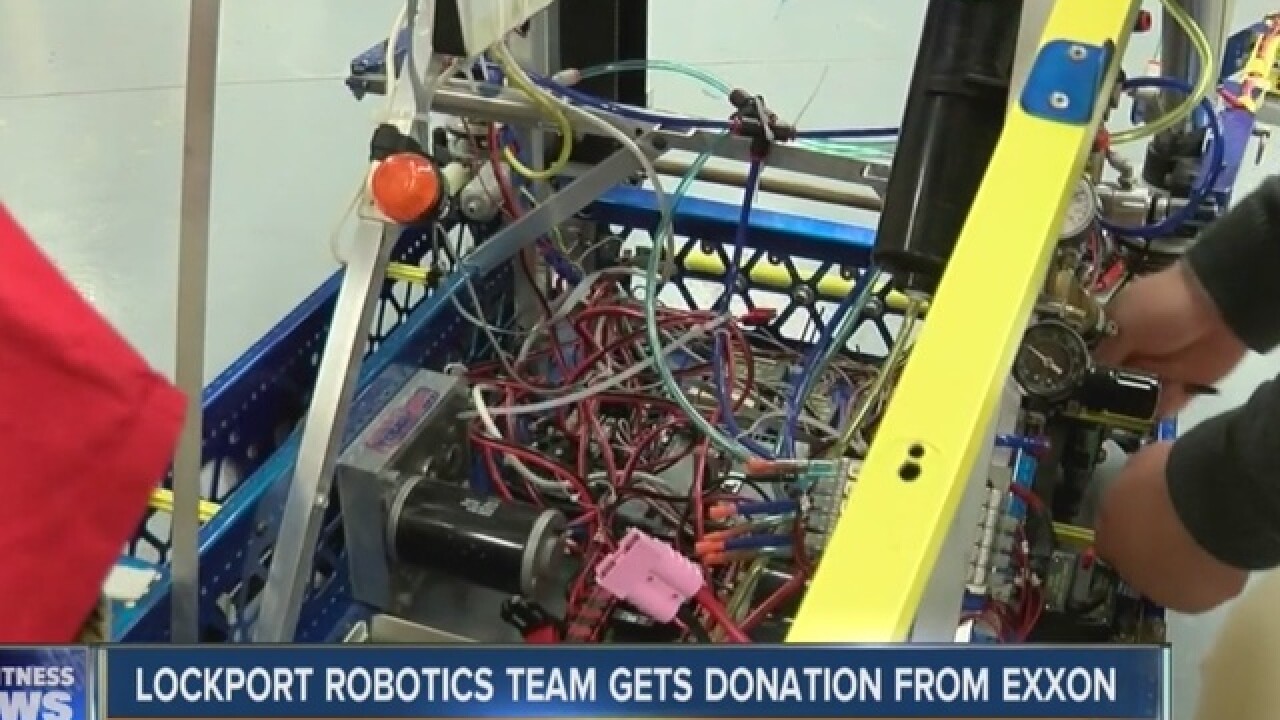 Warlocks 1507 is the robotics team at Lockport High School, part of FIRST robotics, receiving donations from Exxon Mobil, Yahoo and Reid Petroleum for their success and leadership in the STEM field.

Exxon Mobil presented Warlocks 1507 with a check for $1,500, Yahoo is donating $5,000 and Reid Petroleum is also making a donation.

Those funds will help the $60,000 STEM program buy supplies needed for building the robots and will help with the cost of competition for 2016.

The STEM program at Lockport High School is recognized as being one of the best in the state according to top universities and companies like UB, RIT and Yahoo.

"We've been changing the atmosphere of high school to be more of a STEM and digital learning facility," said James Rogowski president of Warlocks 1507 and a teacher at the high school.

Although running the program is costly and relies on sponsorships, grants and volunteers, the pay-off is worth it.

Warlocks 1507 has seen great success with the help of Rogowski and his brother Jeff Rogowski, who's also a teacher at the high school. This brother-teacher duo has been leading Warlocks 1507 since the program started in 2005.

"In that time we've won various awards from web design awards, rookie-of-the-year awards to regionals at RIT," said Jeff Rogowski. " We've traveled to St. Louis where we placed third in the world one year."

The Rogowski brothers and other mentors help guide the students during the planning and building process of the robots, but the ideas, design and assembly are all done by the students themselves.

"It all starts in the CAD room. We use our 3D printer to make parts," said Robin Hammond a senior.

There's a different objective for each competition the team participates in.

"Every year FIRST comes out with a different game that we have to build a robot for," said Hammond. "We're usually pretty successful in building a robot that works well with the game and we end up coming out in the semi-finals or finals."

One year Warlocks 1507 had to build a robot that could shoot a basketball through a hoop.

This year they had to build a robot that could stack garbage and recycling bins on top of the other. Each competition requires a new robot and every design is one-of-a-kind.

"It all begins on the kick-off day of the season," said Nate Brick a sophomore. "We get together and go over the game and our potential strategy, designs and how we can come up with the most points."

Another key factor in preparing for competition is getting the robot complete and shipped in the timeframe they're given.

"Each team is given six weeks and we're all limited to that amount of time," said Joe Prisaznuk. "Once we get into the CAD design, which I'm a big part of, we send off some parts and actually get them fabricated by some of our sponsors."

The Exxon donation, grants and other sponsorship will continue to support the program's success as students prepare for their next competition January 9th.