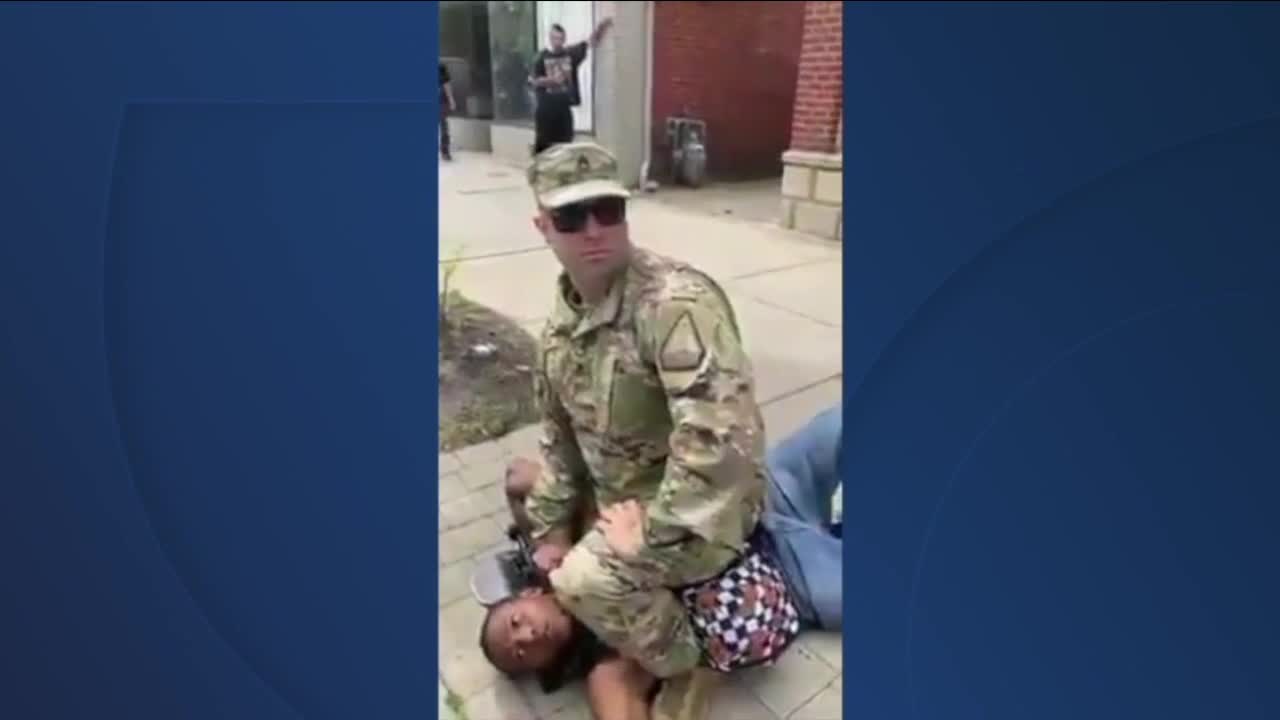 BUFFALO, N.Y. (WKBW) — On September 3rd, Paula Lewis' son was caught on camera being restrained by off duty Buffalo Police Officer Richard Hy. Hy was seen on camera hitting the man repeatedly before sitting on him.

"You need to show compassion towards people," Lewis said.

According to witnesses, Lewis' son was acting irrationally for hours as he ran through traffic, took off his clothes, yelled obscenities, and spit. Lewis says her son was diagnosed with bipolar disorder two years ago, and that the reaction from Officer Hy was one that should not have happened had he understood how to handle someone with a mental illness.

"There needs to be some sort of reform," Lewis said, "So people can get help when someone calls for it."

Police officers and a social worker were called to check on the bizarrely-acting person, but found he was not a threat to himself or others, explained Buffalo Police Captain Jeff Rinaldo. Lewis says that should never have happened, as assistance then could have changed the ultimate outcome.

"His (Lewis' son's) actions were not normal, but he did not deserve to be punched in the side of his face and be sat upon by men who were heavier."

Lewis hopes that protocols can be put in place on how to more carefully deal with someone living with a mental illness, so other mothers do not have to go through the same things she is dealing with.

"We need help, we need an action plan so young mothers do not have to have this happen to their child" Lewis said.

The incident is currently still under investigation.