Charlie Brown, 94, fought through Europe after the D-Day invasion in 1944 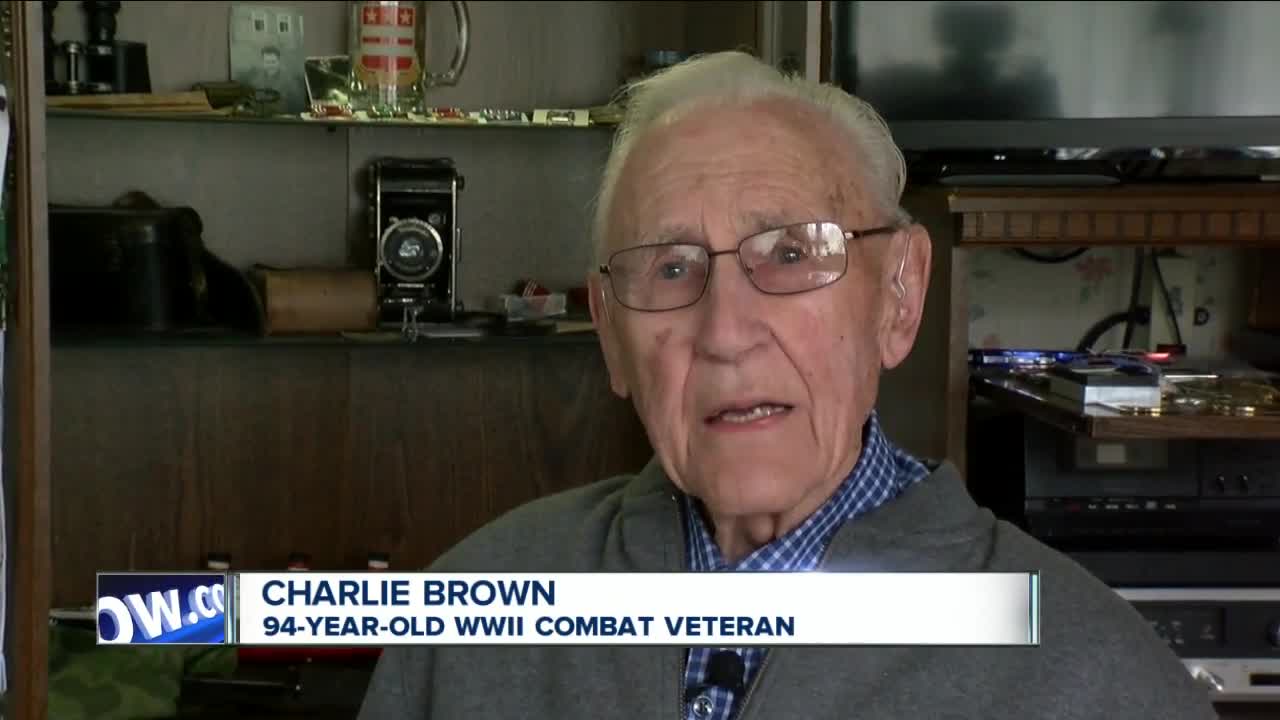 OLEAN, N.Y. (WKBW) — It was 75-years ago that Private First Class Charlie Brown, 18, was in England preparing to be part of the D-Day invasion of Nazi-controlled France.

" I was very proud to be able to fight for my country," the now 94-year-old veteran told 7 Eyewitness News Reporter Ed Reilly.

However, a last minute decision delayed the deployment of Brown's unit, 1st Battalion, 258th Field Artillery Regiment, because it was thought the massive, mobile artillery units would be an easy target for German soldiers as they came ashore.

Brown credits that decision with saving his life because the initial assaults onto the beaches of Normandy saw heavy casualties.

The unit did go ashore at Utah Beach on July 1, 1944 and was thrust into heavy combat situations quickly.

Charlie Brown was in charge of directing fire, but he also kept meticulous records of the units activities in France, Belgium, Holland and Germany.

Those have now been turned over to the New York State Military Museum in Saratoga Springs, NY.

In appreciation of his service and helping save WWII history, Brown was invited to Fort Drum in 2018 to test fire the U.S. Army's newest cannon, was awarded the military's highest honor for artillerymen this past December, and was notified that the New York State Army National Guard declared May 23rd as "Charlie Brown Day" for the 258th Field Artillery.

A close friend, Jacques Drouin, is encouraging people to send "congratulation" notes to the combat veteran to let him know how much people appreciate his efforts. Drouin said those can be sent to the Olean Post Office c/o the postmaster.

Ed Reilly spent the day talking with Charlie Brown about his honors and his memories of Normandy.