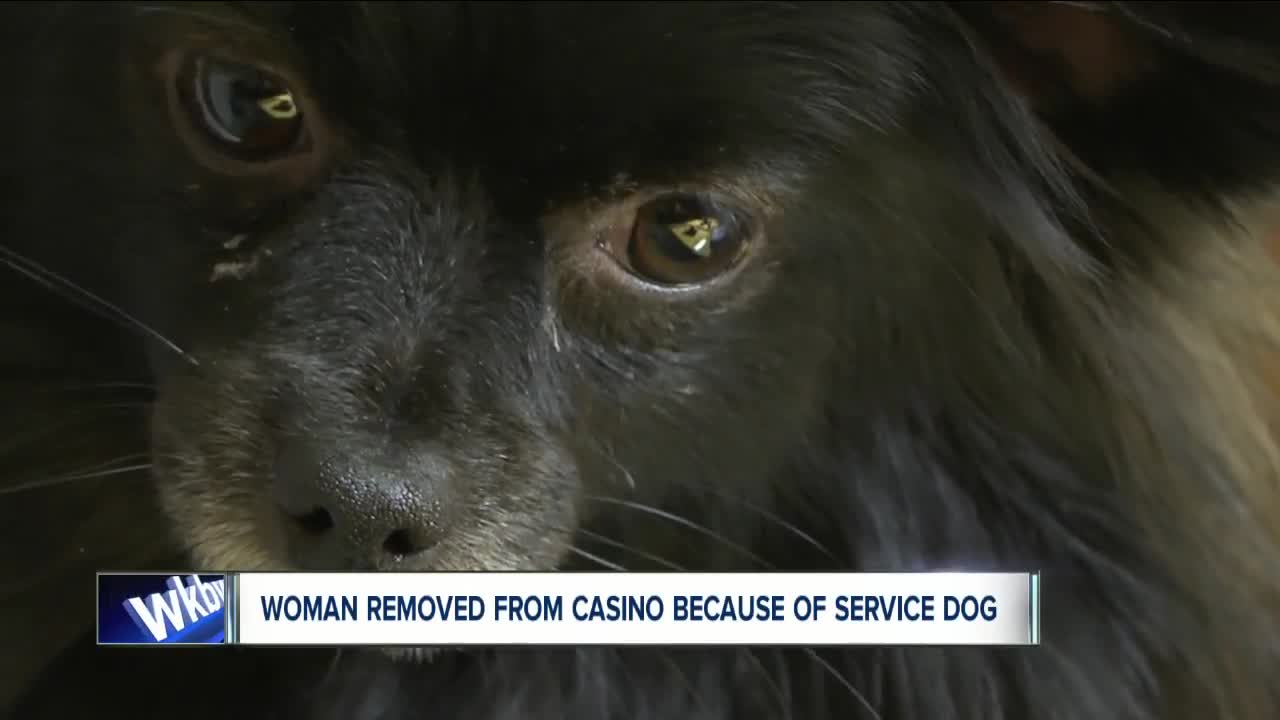 “I want to know what I did wrong,” added Jurczak.

“She knows when I'm in pain, if something happens to my unit, she will bark,” explained Jurczak.

Jurczak has an implant inside of her, when it malfunctions, Bella is trained to bark. Thanks to the American's with Disabilities Act, she normally doesn't have any problems taking Bella with her wherever she goes, including the casino.

But in late November, she and her husband say they ran into some trouble at a restaurant area of the Seneca Niagara Casino.

“He (a member of security) says, because your dog is causing a ruckus and she’s eating off the table, my dog would never do that, never. She's trained better than that. He says, you're going to leave.” Said Jurczak.

Jurczak says they were giving their dog a treat after performing a trick, when security told them to leave. She says, this isn't the first time she's been asked to leave the Seneca Niagara Casino because of her service dog.

A casino spokesperson says Jurczak was never removed from the property.

“I want to know what I did wrong,” added Jurczak.

"Seneca Gaming Corporation is supportive of service animals and also provides service animal training to our staff through a consultant. On occasion, patrons do bring animals which are not trained in a service capacity and behave in a manner that is disruptive to other guests."

Jurczak says their dog was not being disruptive.