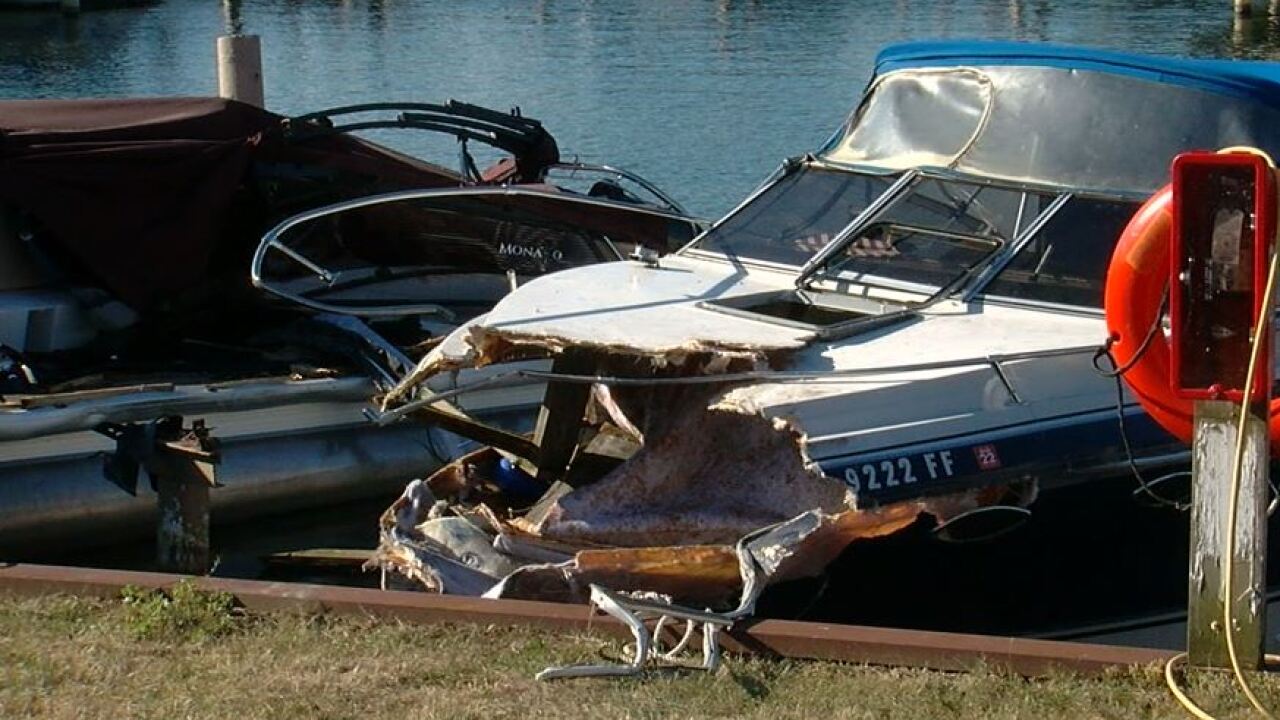 WKBW
A Niagara Falls woman says a spider caused her to panic, lose control and crash into boats at the LaSalle Yacht Club July 28.

NIAGARA FALLS, N.Y. (WKBW) — Niagara Falls officials say a woman claims she panicked and was unable to stop when a spider fell on her, she crashed her vehicle into two boats at the LaSalle Yacht Club Tuesday as a result.

The incident occurred just after 6 a.m. Tuesday, police say the 19-year-old Niagara Falls woman drove her vehicle through the parking lot, over a curb and into two boats and a dock in the Niagara River.

The woman claims a spider fell on her, she panicked and was unable to stop. She and her 21-year-old passenger were not injured.

According to a release, a 1987 SunRunner and a 2020 Godfrey pontoon boat, sustained extensive damage. The dock and electrical box also sustained damage.

The 19-year-old driver was charged with reckless driving and failure to reduce speed, she is due back in court in August.