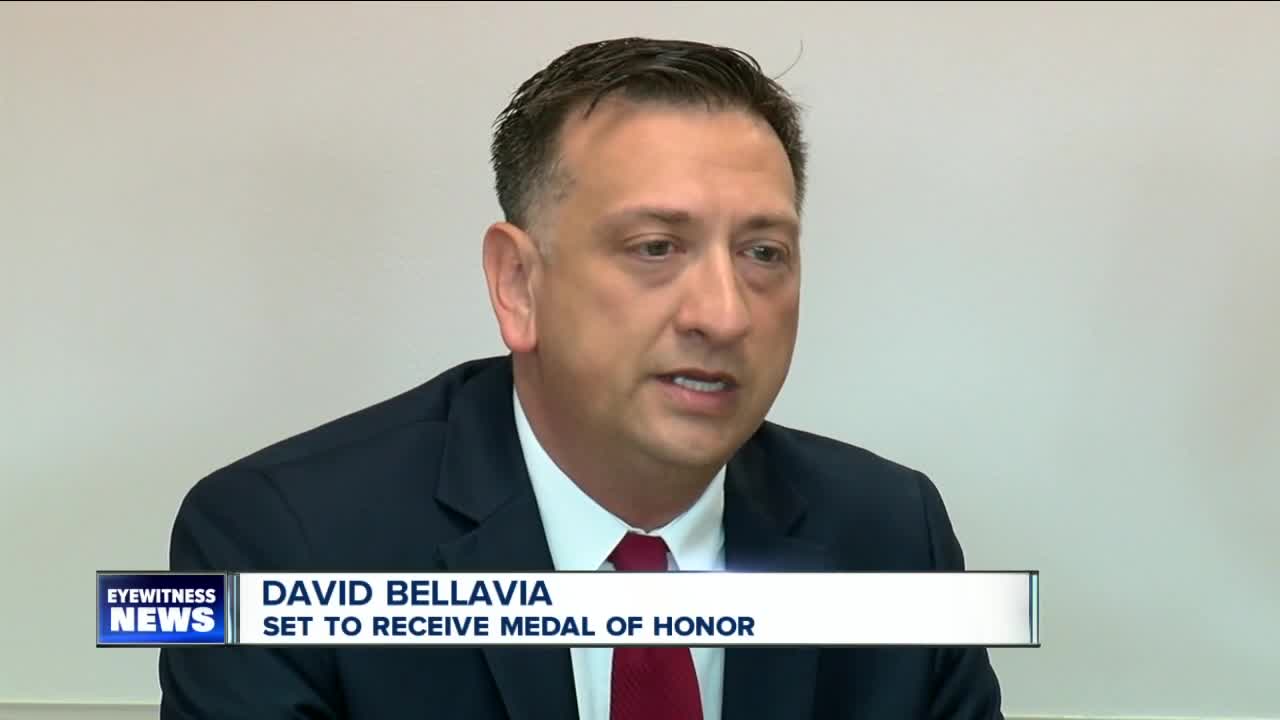 CHEEKTOWAGA, N.Y. (WKBW) — A Western New York war hero who will be awarded the Medal of Honor spoke to the media Tuesday.

Staff Sergeant David Bellavia is the first living recipient of the Medal of Honor for actions during Operation Iraqi Freedom.

He was a squad leader in November of 2004 when his platoon became pinned down by enemy fighters.

He started shooting at insurgents so his squad could escape.

Bellavia will speak Tuesday in Cheektowaga about this amazing honor. He will be awarded the Medal of Honor later this month.