WNY police to treat overdoses as a crime scene 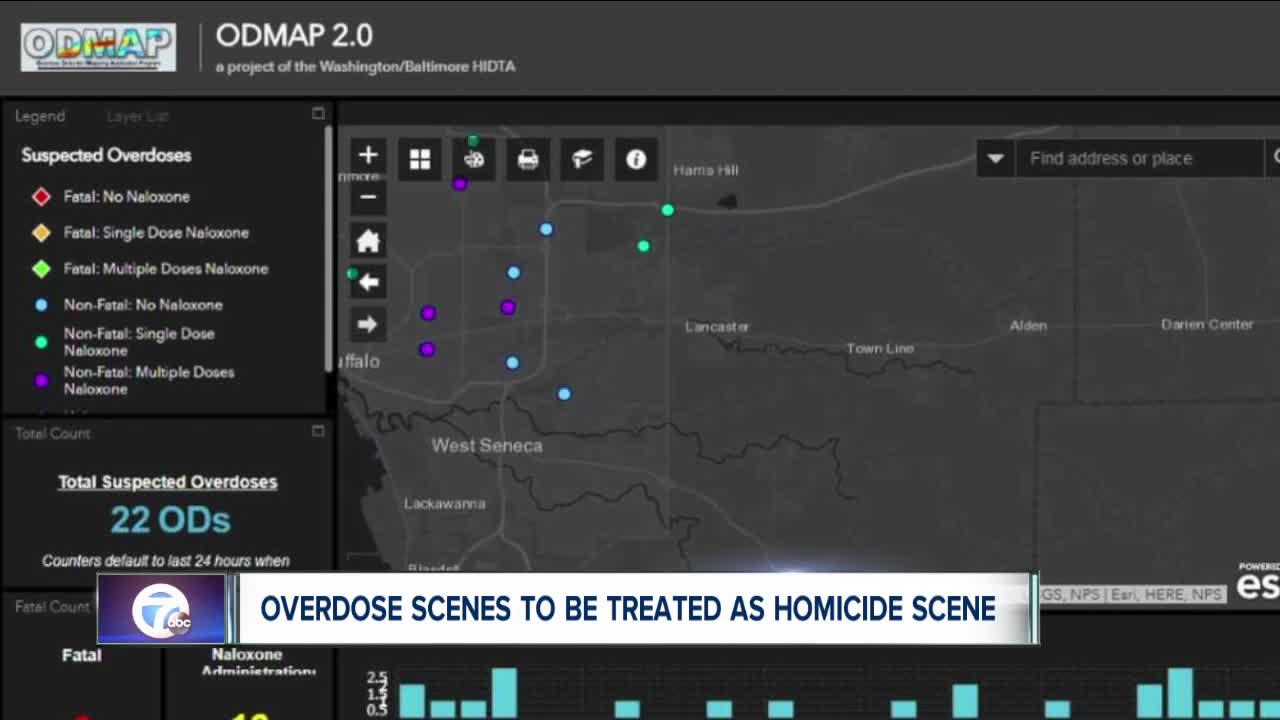 Overdoses scenes to be treated as homicide scene.

United States Attorney James P. Kennedy announced Wednesday that most all law enforcement agencies in Western New York have a new protocol when responding to an overdose scene.

Kennedy says police will treat overdose scenes the same way they treat a homicide. All police will input information into an "OD Database" which tracks both fatal and non-fatal overdoses.
Police will also collect useful evidence from the scene which could help link to the dealer of the dangerous drugs.

Police say many times, they can track down the dealer using social media or text message communication.