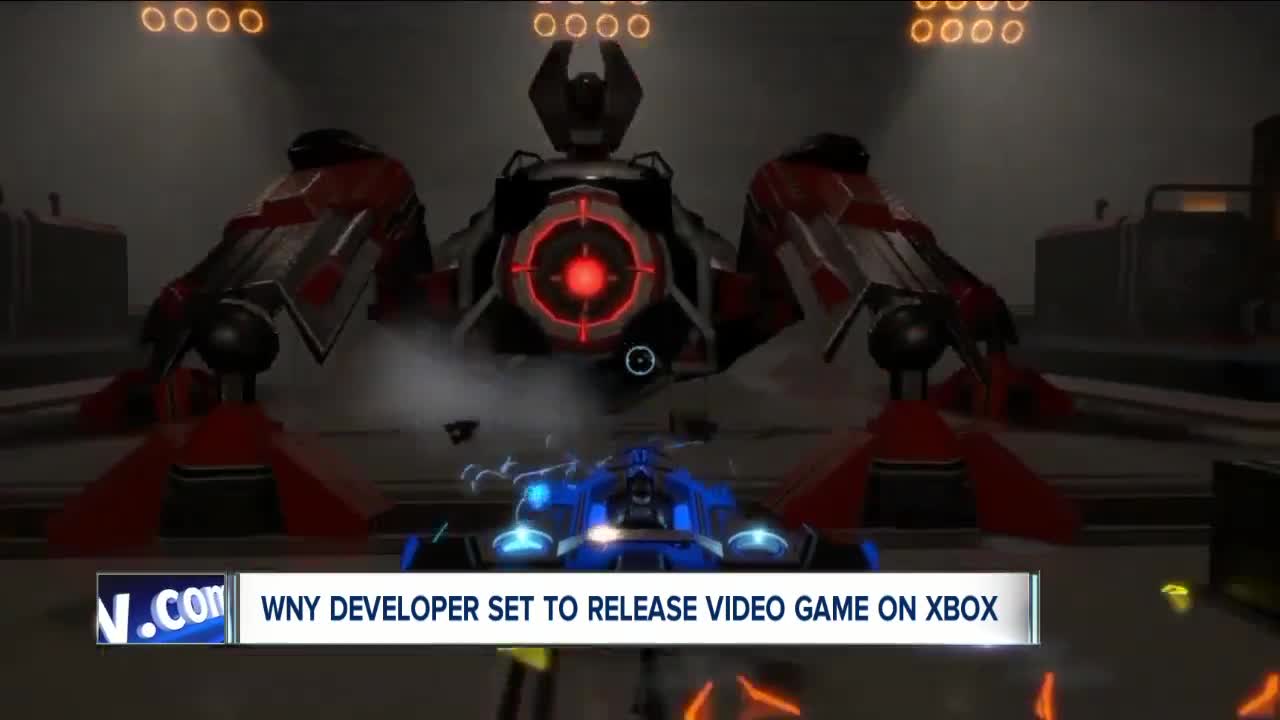 His game is called Hovership Havoc. The Sci-Fi themed overhead shooter, and third person style game during bosses, was designed by the Western New Yorker over the past four years.

BUFFALO, N.Y. (WKBW) — When you sit down to talk video games with Colby Breidenstein, you get transported.

His game is called Hovership Havoc . The Sci-Fi themed overhead shooter, and third-person-style game during bosses, was designed by the Western New Yorker over the past four years.

“I have it so even when you die, you level up a certain degree. So, the next time you play, you're a little more powerful, even though you're starting over again,” explained Breidenstein.

Right now, you can play the game on your computer, but the game itself is about to reach a major check point.
On January 17th, it launches on Xbox One. For $10 you can play all you want.

Breidenstein doesn't make video games for his day job. He's actually a programmer for nursing homes. But, thanks to a budding Buffalo video game programming community, his game is about to be available to millions around the world.

“This is what I wanted to do when I was younger, then I realized how difficult it was,” said Breidenstein.

Where do you go after making a game like Hovership Havoc? Breidenstein has a plan.

“I'm making another game called Super Kickball. I haven't seen another kickball game on the market at all,” said Breidenstein.