WNY couple gets creative in search of a kidney donor 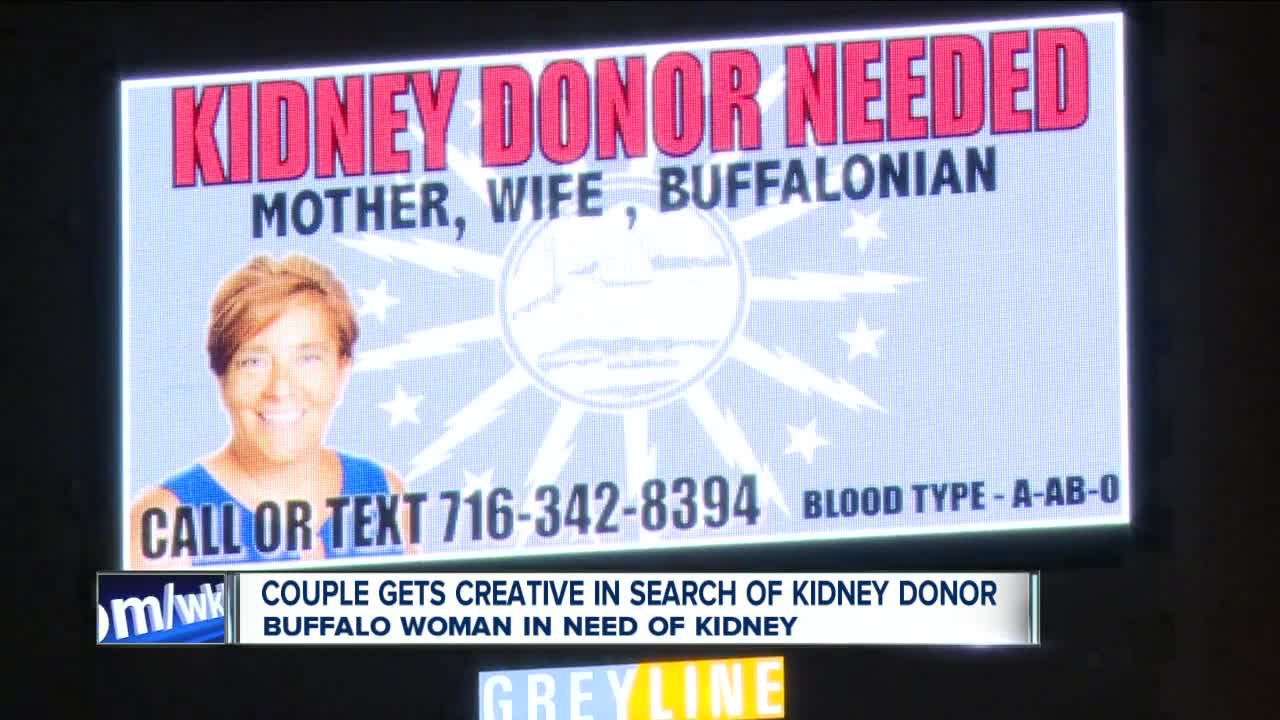 A Buffalo woman is in need of a kidney and is spreading the word any way possible.

BUFFALO, N.Y. (WKBW) — Take a drive down Main Street in Buffalo and near the Summer-Best NFTA station, you may spot an ad for a kidney.

"People will look at me today and say, 'Oh, she doesn't even look sick. They don't realize it's an internal thing that the kidneys are slowly deteriorating and eventually I will need that kidney," Barbara Pfeiffer said. She's been battling Polycystic Kidney Disease since she was diagnosed at 18. It's a genetic disorder that gradually destroys kidney function. Her father battled it, as did six of her seven siblings.

Barbara's husband Gregg calls her "Bee." The two met on a blind date, promising to be there for each other through better or worse.

"I got the news in April, April 19th. Matter of fact, it was our anniversary and I was told that I have to start looking aggressively for potential donors," she said.

More specifically, Barbara is in need of a living kidney donor. That donor would need to be ready to donate the day Barbara's blood work results show it's time for the transplant.

"And that's the hard part. And who knows if I happen to have it in August, they may not be able to do it, so the more people I have on my list, the better," she said.

The Pfeiffer family has found creative ways to ask strangers for help. From flyers to t-shirts with contact information on the back they wore while in Disney World to magnets on their cars, they continue to find ways to put out their message.

Since August, 12 people have been added to her list. Those on it hail from Ellicottville to Arizona. Across the country, strangers are calling.

"The gentleman who saw his (Gregg's) truck, put up the billboard. I don't want anyone to know my name, I don't want nothing. I just want to do it for ya," she said.

"It's an incredible gift that's not going to cost you anything and it's going to make you feel incredibly good," Tom Jasinski said. He is a double transplant recipient and founder of the organ donation non-profit One8Fifty .

His mission is to give back to those that have helped him and help others like Barbara navigate this journey.

"There's not enough zeros I can put on a check to associate how grateful I am for the people that stepped up for me," he said.
________