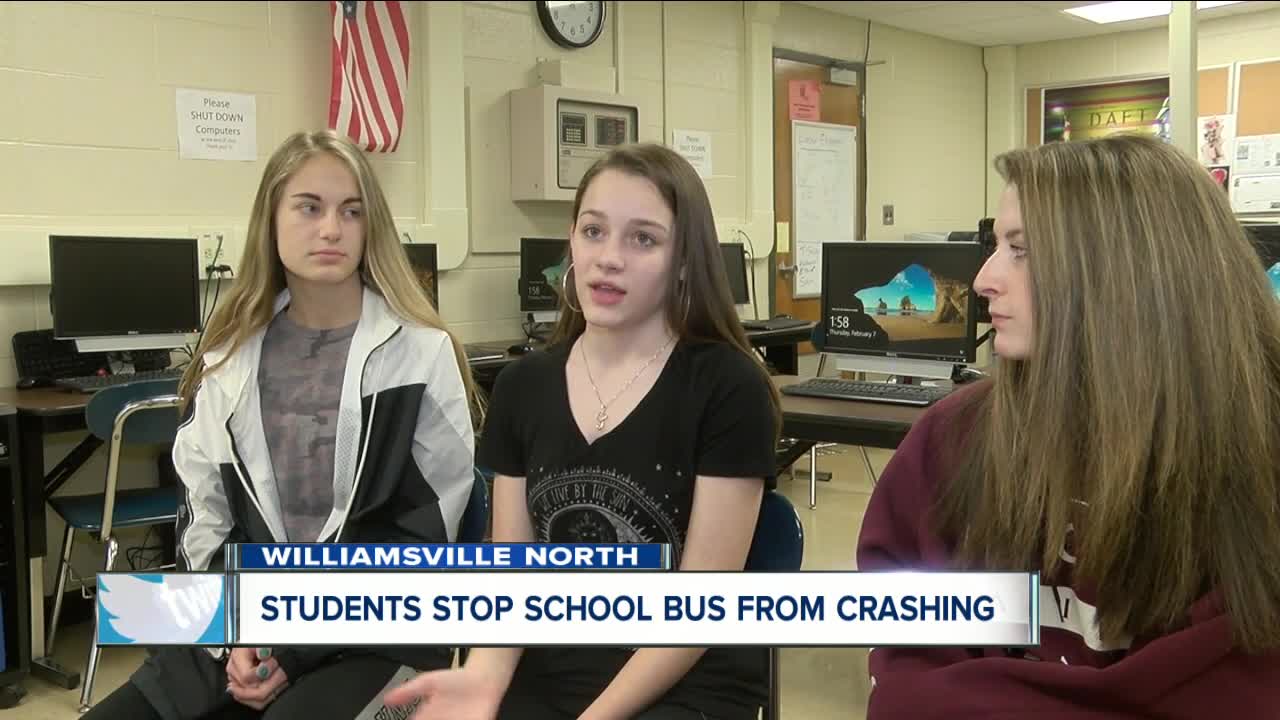 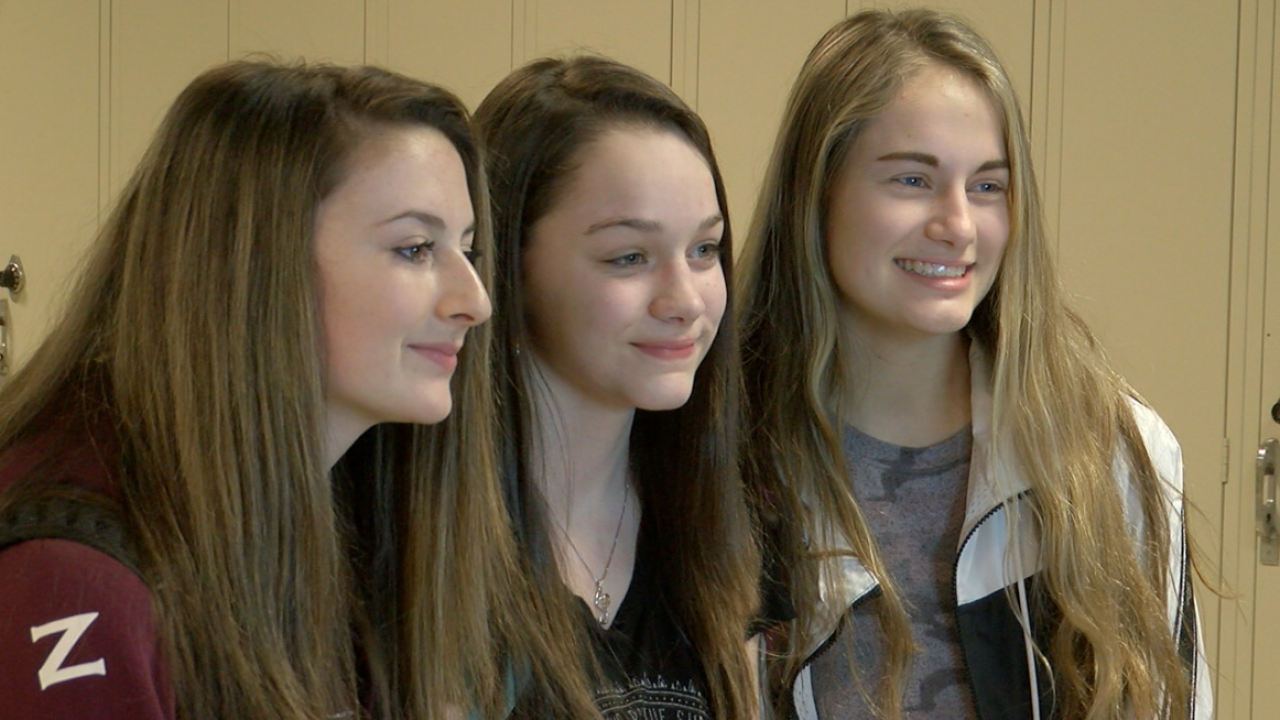 The students are credited with stopping the school bus from crashing on Tuesday afternoon, after the bus driver passed out behind the wheel on Cottonwood Drive in Getzville.

"The bus started to slow down. I thought we were stuck behind a car, but we weren't," Jessica Ireland, Williamsville North sophomore told 7 Eyewitness News.

Ireland described springing up and running to the front of the bus. When she saw the driver slumped over the wheel, Ireland immediately pulled the emergency brake to stop the bus from crashing into a tree.

Once the bus came to a stop, Ireland took the bus driver's pulse while her friend called 911.

"At the end of the day, I just wanted to make sure he was OK," Ireland said.

The Getzville Fire Company credits the student on the phone for providing their precise location, which allowed first responders to quickly arrive at the school bus and provide medical attention.

Ireland says her instincts kicked in thanks to emergency training she received at the beginning of the school year.

Thomas will be throwing the nine students a pizza party on Friday to honor them and their efforts.

The bus company, Student Transportation of America, has not confirmed the bus driver's condition, but the students say he is doing OK.