Why is Western New York so good at rescuing dogs? 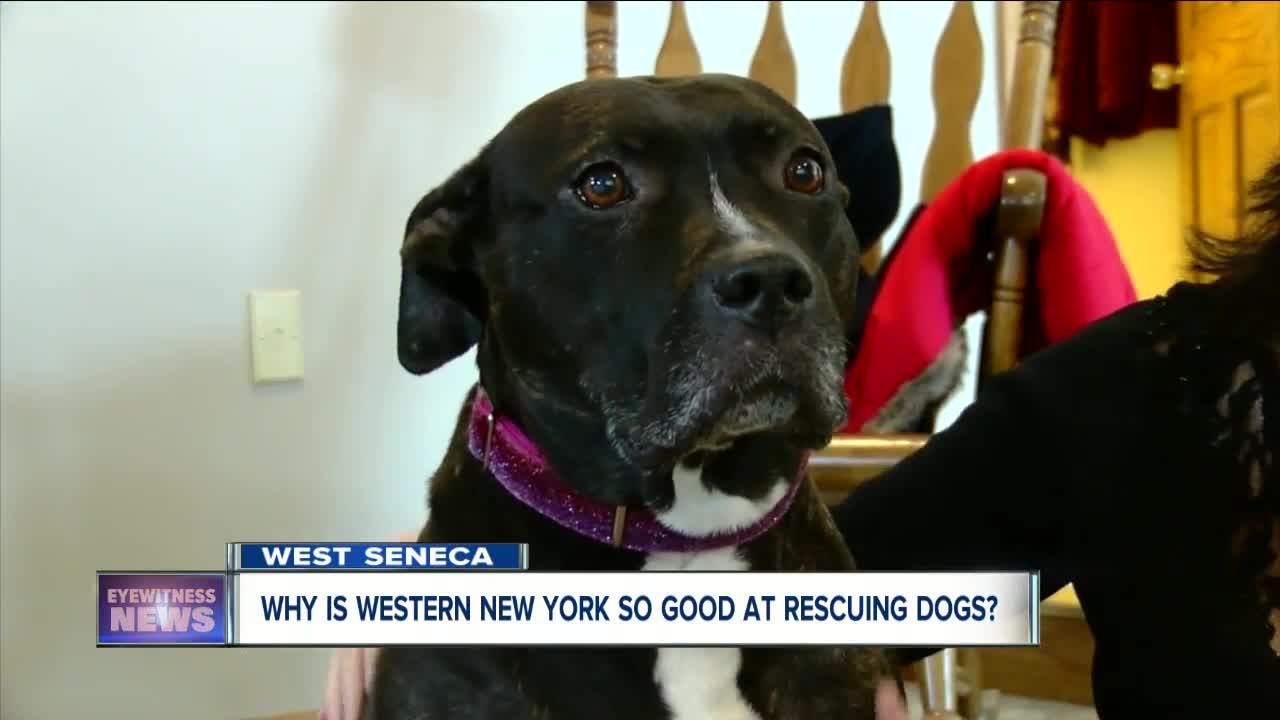 There are dozens of rescue groups across Western New York which focus on finding furry friends from all over the country their forever homes. Be their Voice Rescue is one of those rescues.

WEST SENECA, N.Y. (WKBW) — There are dozens of rescue groups across Western New York which focus on finding furry friends from all over the country their forever homes. Be their Voice Rescue is one of those rescues. While they primarily focus on finding fosters and homes for dogs from the City of Buffalo Animal Shelter, they occasionally bring dogs from across the country to West Seneca, like Orchid. She's from a shelter South Texas.

January Vaughn said Orchid was once a dog on in an email, listed to be euthanized.

"I saw Orchids face, and I just saw her soul. I said I have to help this dog. I saw her leg and I was like if I don't help her, she's going to die," Vaughn said.

She said the shelter where Orchid came from is poor and overpopulated, and she had a leg injury requiring surgery. With no money to nurse her back to health, she would have been put down. Be Their Voice Rescue invested about $1000 to get Orchid to Western New York.

"Orchid is by chance. She's one in a million. She's a lucky dog," said Vaughn.

Orchid finally found her home, a new mom and dad in Rochester.

That's one of the reasons why Western New York is so good at saving these pups. There's so many rescues willing to take a chance.

"The public is here in full force to adopt as soon as the animals come in. It wouldn't make sense to bring them in if there weren't loving homes," said Willoughby.

Maria Scarpone, Amara's foster mom, said she came into the Buffalo Animal Shelter covered in cigarette burns, afraid of nearly everyone. After two months in a loving home, she now has come out of her shell.

"She will be someone's absolute best friend. She cuddles. She watches everything you do," said Scarpone.

Be Their Voice Rescue is hosting a fundraiser Saturday, February 22nd at 6 pm. at 500 Pearl.