Wheatfield neighbors concerned over purple glow in the sky 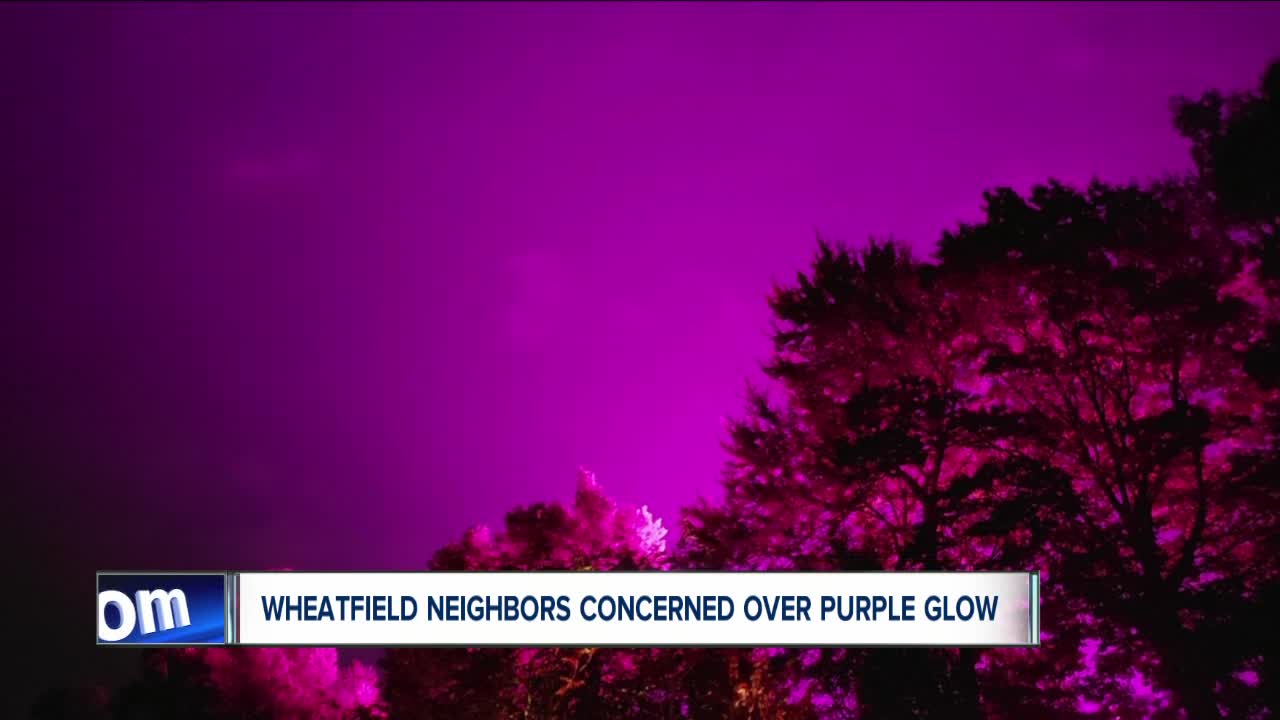 WHEATFIELD, N.Y. (WKBW) — The Wheatfield neighborhood near Nottingwood Drive is illuminated purple, on a daily basis according to neighbors and passers-by.

“You look up in the sky and it looks like aliens are landing,” said resident Barbara Nesbit.

Neighbors say people have been coming from all over to see what the glow is, especially on foggy or snowy nights.

The lights are coming from Wheatfield Gardens, a company that grows lettuce and medical hemp.

Neighbors like Nesbit live in homes that butt right up against some of the greenhouses for the company. She says two years ago, Wheatfield Gardens took over an already existing greenhouse that grew mostly vegetables, but under the Farm Act of 2018, hemp growing now falls under agricultural farming and the neighborhood has seen some changes since.

“During growing season sometimes the smell is so bad we have to keep our windows closed,” said Cindy Demarti.

Residents say they’ve voiced their concerns during town board meetings. The Town of Wheatfield just sent a letter last month to Wheatfield Gardens outlining some suggestions to combat the complaints.

Some of the suggestions include adding roof curtains, fencing, additional buffers and a more concrete lighting schedule.

Wheatfield Gardens CEO Paul Eflstrum tells 7 Eyewitness News the company is looking to reduce the glow by changing the color of the floor to deplete the reflected light, as well as adding that suggested roof curtain.

Eflstrum also adds that come growing season, new technology has been developed to combat the smell, scrubbing and re-circulating the air back into the greenhouses instead of outside.

“We want to be good neighbors as many of our workers live in Wheatfield and enjoy the difference we make for the community,” he said.