What's with the dead birds in Dunkirk? 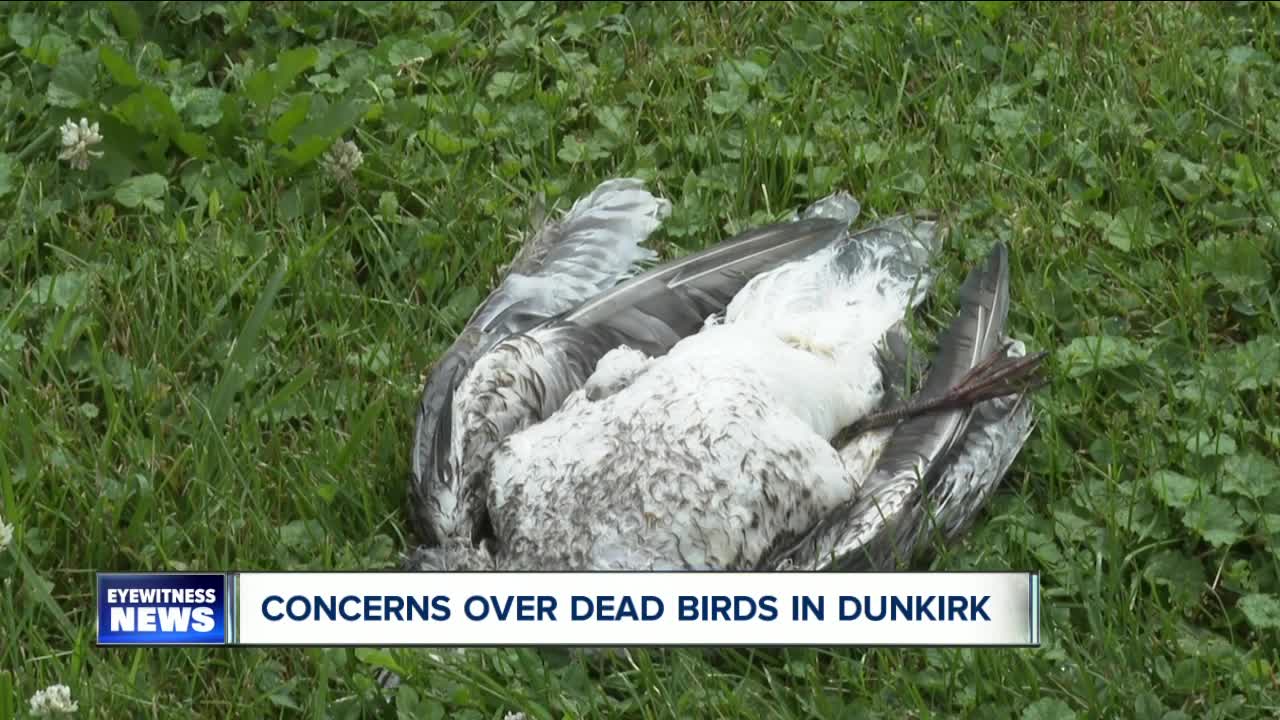 Officials are looking into what caused birds to die in Dunkirk

Several dozen seagulls were found dead the last several weeks in the Save-A-Lot parking lot in the City of Dunkirk.

"This whole street was covered in them," said Westfield resident Ashley DePonceau. She drives in the area everyday for work. "You had to dodge your car so you wouldn't hit them," she said.

DePonceau said she wants to know why.

We reached out to the NYS Department of Environmental Conservation to find out whether it thought someone was harming the birds, it was due to environmental factors, or something else was at play.

Behind the scenes: take a look at how Ali Touhey pursued this story

In a statement, a DEC spokeswoman said "The New York State Department of Environmental Conservation (DEC) is investigating reports of dead birds in Dunkirk, first received on July 9. The dead birds were young Ring-billed Gulls hatched this summer, as evidenced by their brown plumage. The birds were found in a parking lot at the Save-a-Lot Store in Dunkirk, and had died from car strikes as they loitered in the parking lot, as is typical of this species.

These gulls have been found dead in other gathering places, such as the shoreline, and along streets in Dunkirk. This mortality is referred to as post-fledging mortality. These bird deaths occur annually when the young gulls leave the safety of their nesting area as juveniles, and are no longer being cared for by their parents. Because gulls nest in such large colonies, with several hundred young produced, when even a small percentage of these young birds die it generates public interest."