Western New Yorkers are receiving more than just mysterious seeds in the mail. They're receiving masks, jewelry and toys, too. 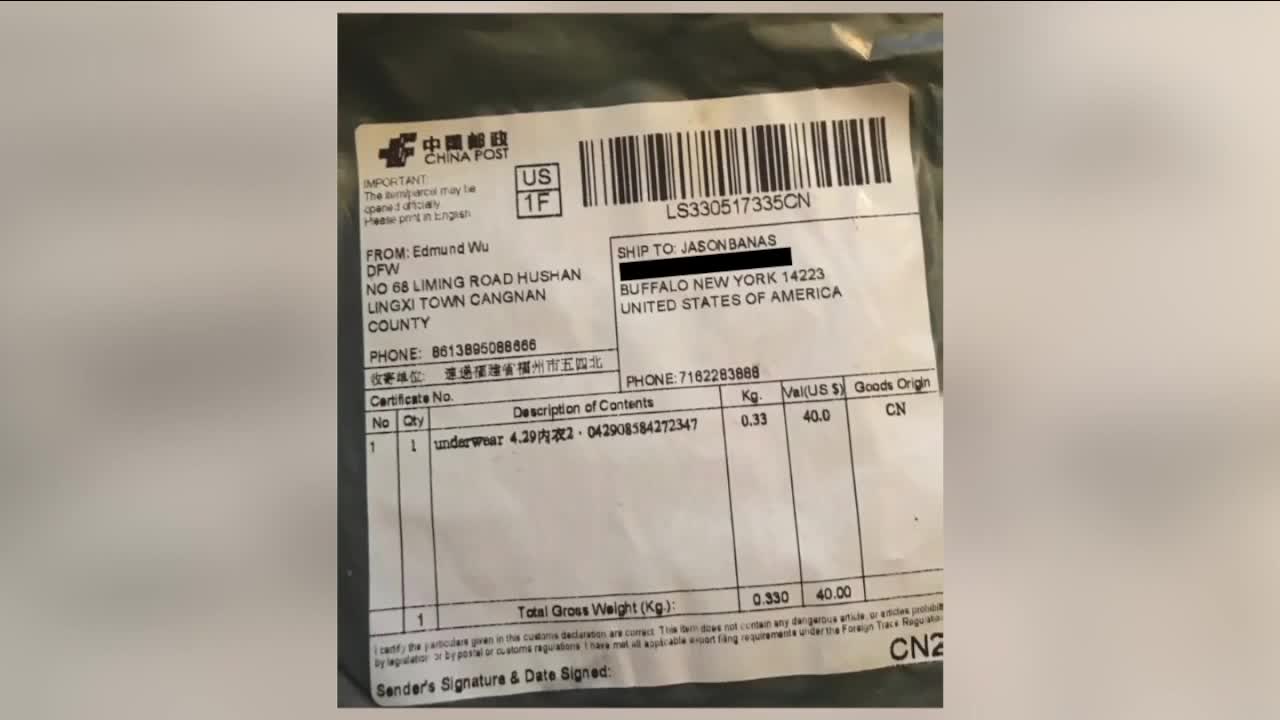 BUFFALO, N.Y. (WKBW) — Something strange is happening in Western New York. Dozens of people are claiming to have received packages from China that they never ordered.

"It was weird. It was definitely weird," Tonawanda man who received a mysterious package Jason Banas said.

On Tuesday, Banas received a packaged from China claiming to be underwear. When he opened it, it turned out to be masks.

"It was so weird, me and my wife had just seen that story about the seeds," Banas said. "In fact, I was just scrolling through Facebook minutes before I even looked in the mail and got this myself."

Desirea Lovell of Franklinville said she received a mysterious package too. Her's was a bracelet.

But no one claimed it was them. It was not until this story reached her Facebook timeline when she realized she was not alone.

Melanie McGovern from the Better Business Bureau of Upstate NY is calling these mysterious packages a brushing scam.

"This is a situation where people receive a package, something small. No package slip. No receipt. And what that seller is doing is they're filing fake reviews under that person's username or actual name," she said.

McGovern says the sender's goal is to bump up their product ratings and move up in Google searches.

"So it's just this really bizarre way they've chosen to do that," she said.

McGovern advises anyone who has received a mysterious package to go online and do a search of their name, email, usernames, and the area they live in. If you find a review you did not post, McGovern says to contact the page and ask them to delete it.

"You are your own best advocate when it comes to protecting yourself online," she said. "So the best thing is to maybe toss it away, go online, check your info, make sure your name isn't popping up anywhere weird, and if it is, reach out and say I didn't file that review."