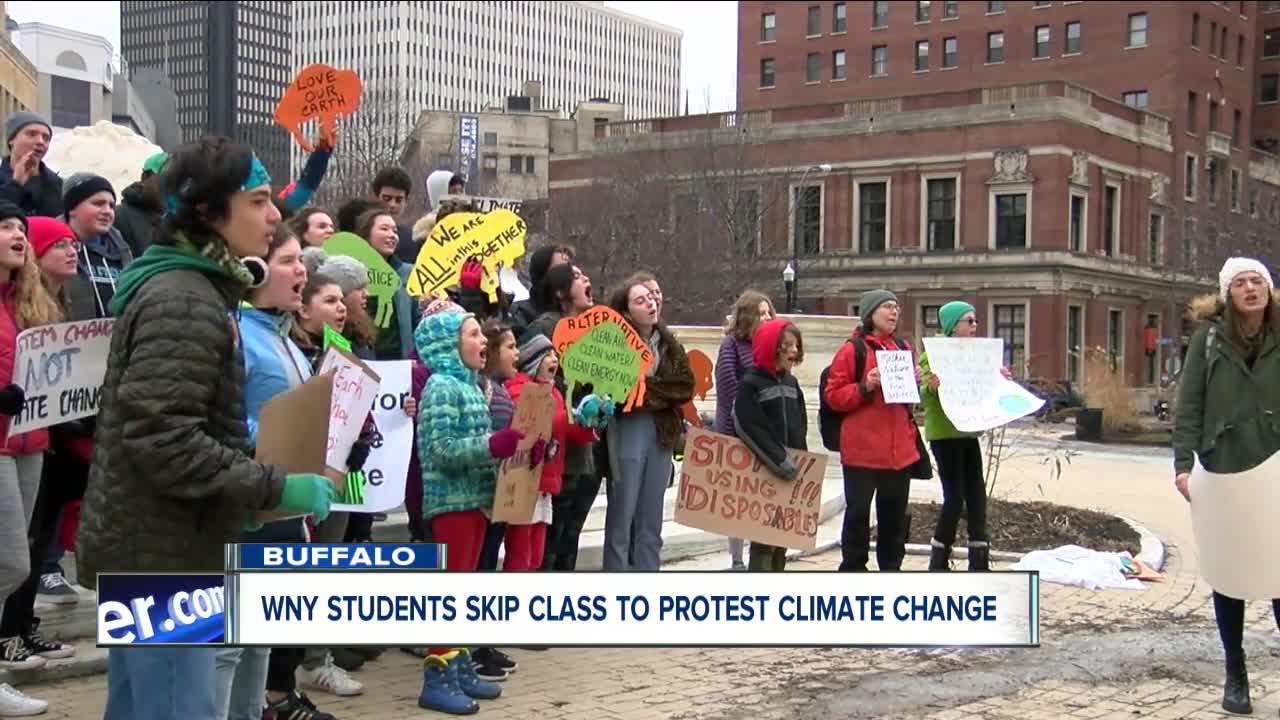 They joined thousands of other students around the world as they demanded action from their leaders and government. Students from Buffalo schools, Lockport and East Aurora rallied for climate change in front of Buffalo City Hall. 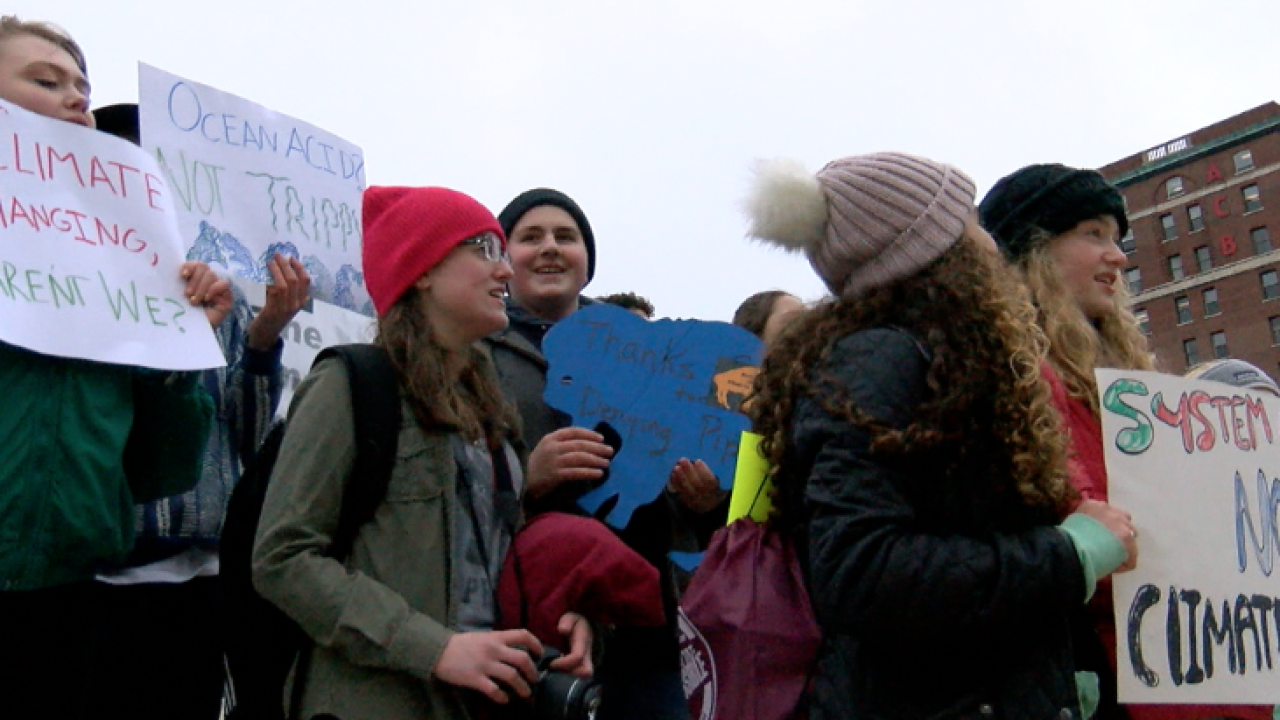 They joined thousands of other students around the world as they demanded action from their leaders and government.

They said they don't believe enough is being done to combat the issue of climate change.

Students between eight years old and 17 years old joined in.

"If adults won't help then it's our job. It's our generation and we will save it," said eight-year-old Tamar Braverman.

Students are asking leaders for "immediate and committed steps" to fight something that threatens our very existence.

"What we need to do is act because we all know what we need to do: cut all emissions and convert entirely to renewable energy. The problem is doing it," said eleven-year-old Ariel Braverman.

"We have to be out here today right now to get politicians to notice because otherwise nothing's going to change. And that's going to go on for decades more. And we're going to be the ones who have to deal with that burden," he said.

Khan said what opened his eyes to the dangers of climate change was almost losing his uncle in the Florida hurricane.

"I was like, holy crap! That's not normal, this should not be happening. You know, no hurricane before had been so devastating," said Khan.

Climate strikes like this have happened in dozens of cities all around the globe since last November.