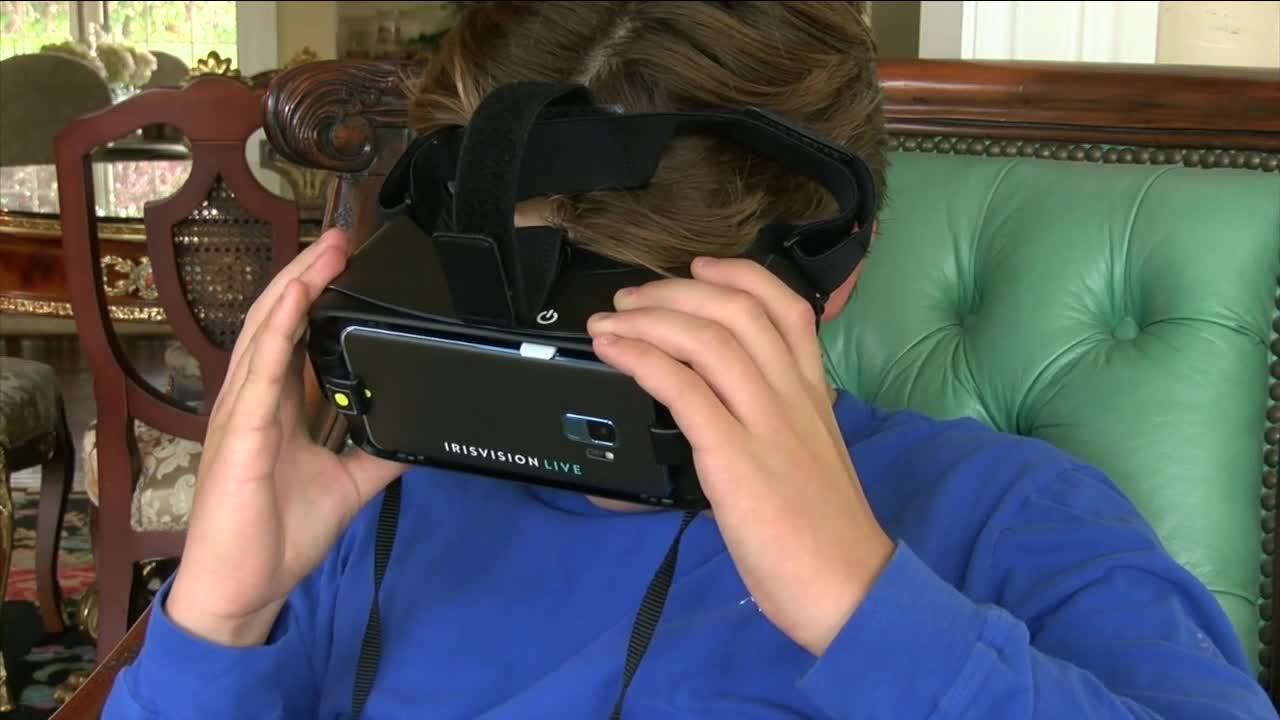 Four years ago Blair was playing baseball when his coach and parents noticed his reaction was delayed. When he started complaining about not being able to see the whiteboard in class-- his parents brought him to the doctor.

A progressive disease, the Orchard Park teen is legally blind-- he can see things when they are really up close but anything far away is blurry.

“It’s a tremendous amount of fatigue placed on the eyes and he is always working to see things out of his periphery rather than his centralized vision,” Jim Briedenstein, Blair's father said.

The family did some research and found these Irisvision goggles last year. They help Blair zoom in, change the coloring, or even read to him what some things say.

He’s now able to sit with his family to watch TV and take notes on his own in the classroom.

Blair says gaining his independence back has been life-changing.

“Ever since I got the glasses I’ve been able to do a lot of things on my own that I wasn’t able to do 2-3 years ago,” Blair said.

“We think as parents him being able to go off to school and the Irisvision really gives him independence and has really made a huge change for him,” Darlene Briedenstein, Blair's mother said.

The family is also helping others get these goggles to be able to see.

They own Tropical Smoothie Cafe on Transit Road in Depew and host fundraisers to sponsor other kids to get googles and donate to the Olmsted Center for sight in Buffalo.