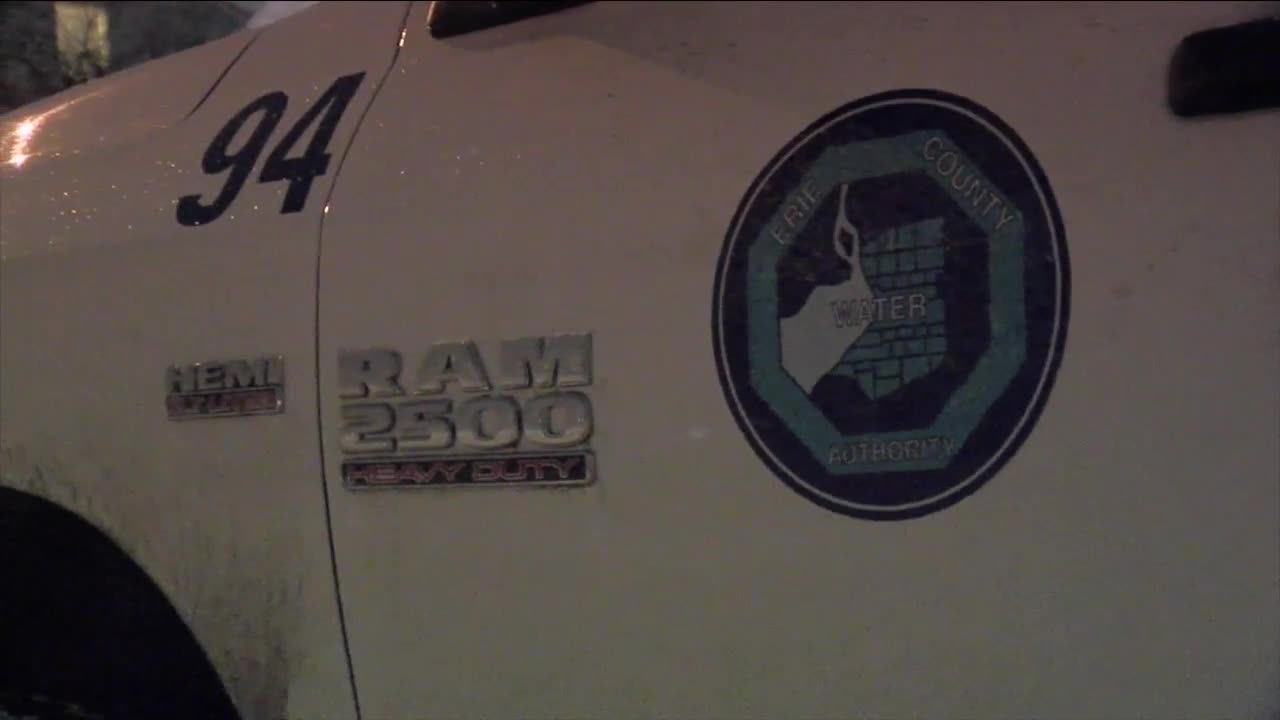 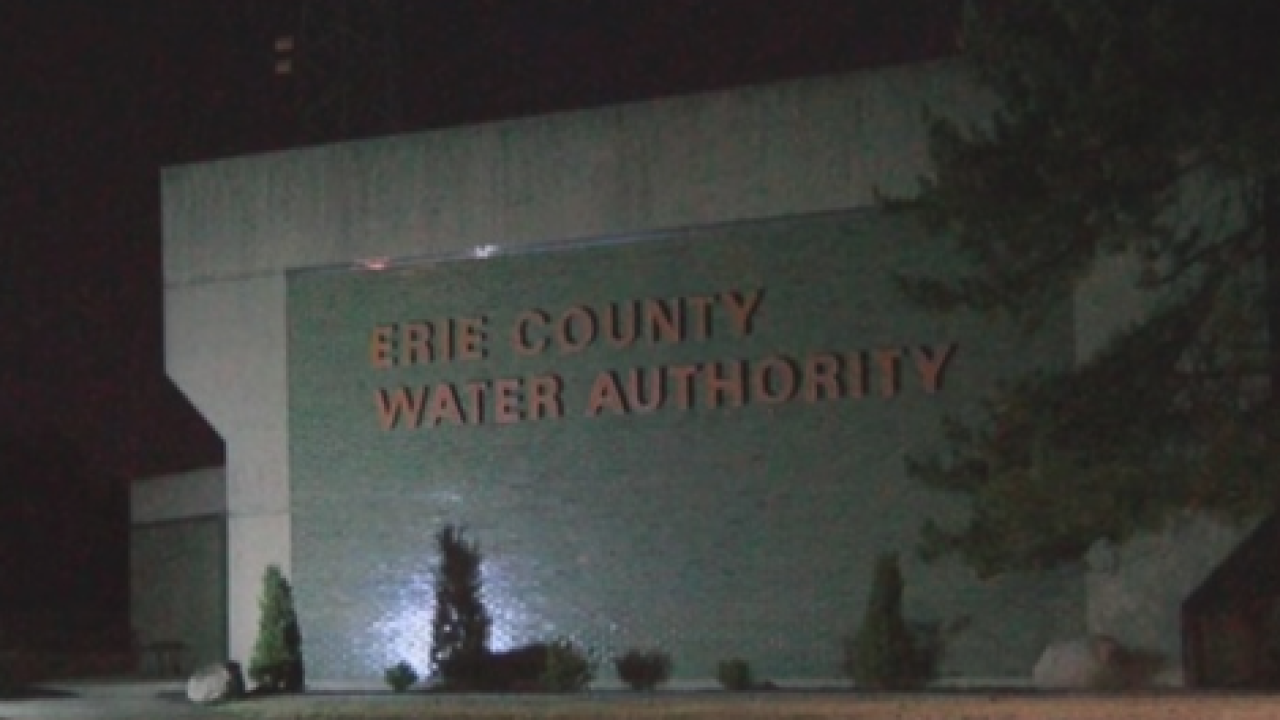 The ECWA says there are water main breaks in Amherst, Cheektowaga, Clarence, Evans, Lancaster, and Sloan.

Overnight Monday, a 7 Eyewitness News photographer spotted crews working to fix a break in the vicinity of Birkdale Road in Cheektowaga.

The areas impacted can be seen in the graphic below, the ECWA says to have 12 water main breaks at one time is not uncommon during a freeze thaw cycle.

A spokesperson for the ECWA says the biggest concern at this time is the break on Markus Drive in Cheektowaga which occurred Saturday night around 9 p.m.

The ECWA say the Markus Drive break is a 24-inch transmission line which impacts a large area and is leading to low water pressure, as of 11 a.m. Sunday the tentative repair time for the break is around 6 p.m. The other breaks are reported to be distribution breaks, which impact a smaller area.

The ECWA says they have all available crews as well as supplemental outside contractors working to repair the breaks as soon a possible.

ECWA Alert: There are water main breaks currently affecting areas in Amherst, Cheektowaga, Clarence, Evans, Lancaster, and Sloan. A full list of locations can be found below. Crews are on site and actively working on repairs at these locations. pic.twitter.com/8NJztU2g4z