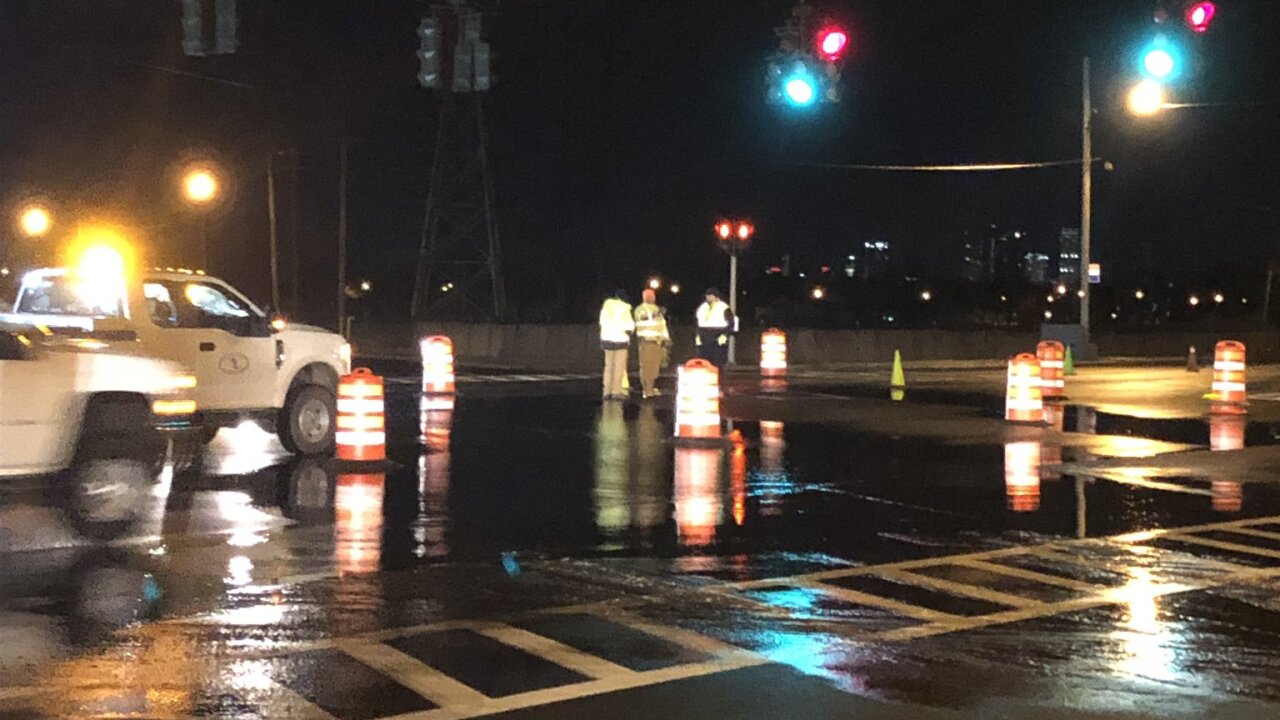 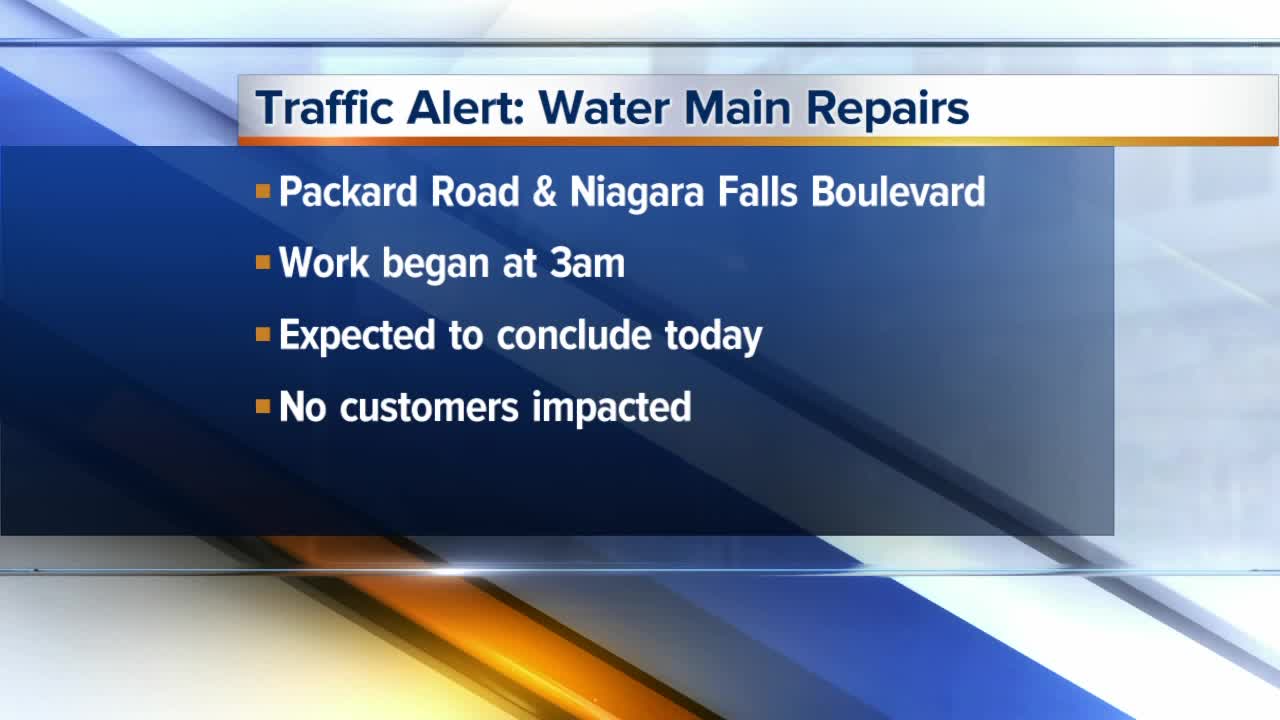 NIAGARA FALLS, N.Y. (WKBW) — Crews have completed repairs to a water main break in Niagara Falls could that had an impact on Thursday morning's commute.

Crews began working on the break at 3 a.m. in the middle of the intersection of Packard Road and Niagara Falls Boulevard. The intersection was covered with water and blocked by traffic barrels.

Drivers on Niagara Falls Boulevard are able to continue through the intersection, as the road is reduced to one lane in both directions. But drivers have to veer off to the right or left instead of going right through the middle.

YOUR COMMUTE:
One of the busiest intersections, Niagara Falls BLVD & Packard Road in Niagara Falls has a water main break.
🚨expect delays as lanes are down to 1
🚨crews will start digging right in the middle starting around 7am
🚨it’s back to school so expect more traffic pic.twitter.com/3Nmsu1MACA

Traffic will be returned to normal patterns in the area by 3 p.m.

No customers are impacted by the break.