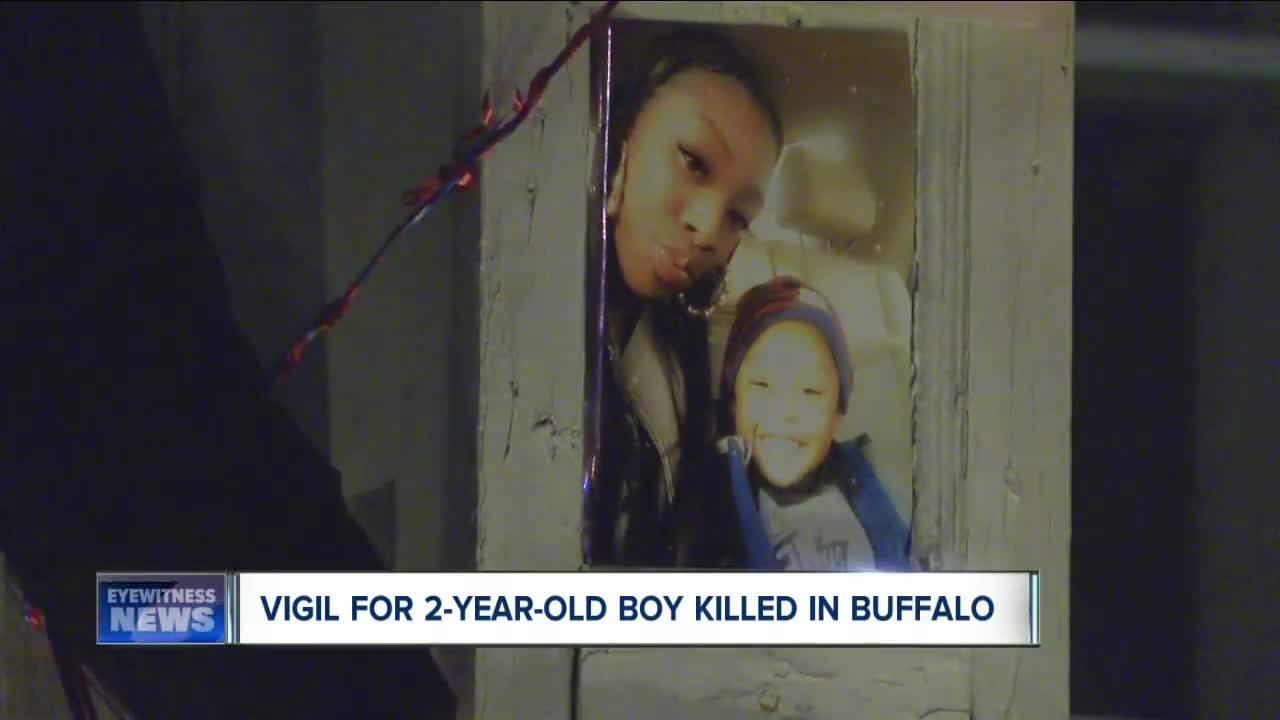 His alleged killer faces 25 years in prison if convicted.

BUFFALO, N.Y. (WKBW) — The Erie County District Attorney and Buffalo Police Department say Nathaniel Baker is charged with causing the death of two-year-old Jordan Robinson on Tuesday at a home on Theodore Street.

Baker was arrested after a more than three hour stand-off at a home on Sanders Road in north Buffalo. Police say they were initially called to ECMC, where the suspect and the woman brought the baby. The child was pronounced dead at the hospital.

Sunday night, family of friends of Robinson met at the home of Theodore Street for a candle light vigil. Robinson’s mother demanded justice.

“It’s not fair that a monster, that a devil in disguise was living under my roof, under my nose, and took my life from me,” shouted the boy’s mother from her front porch at the vigil.

Baker faces a maximum of 25 years in prison if found guilty.