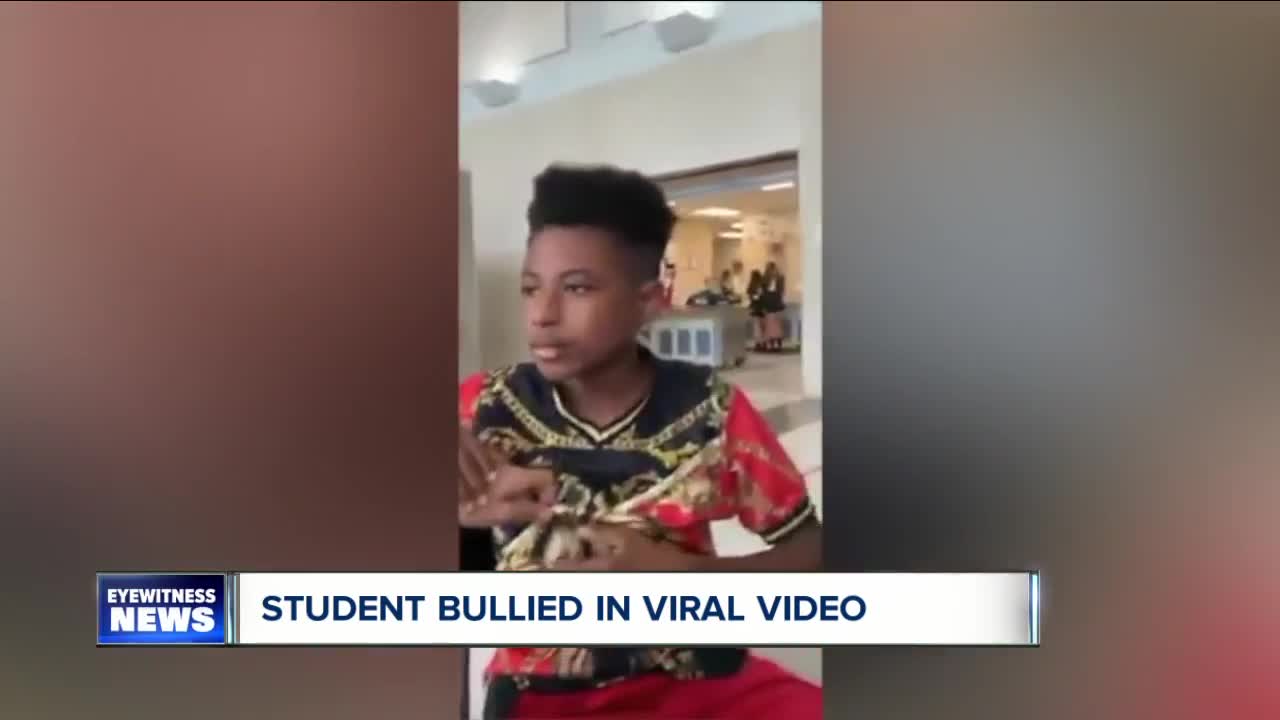 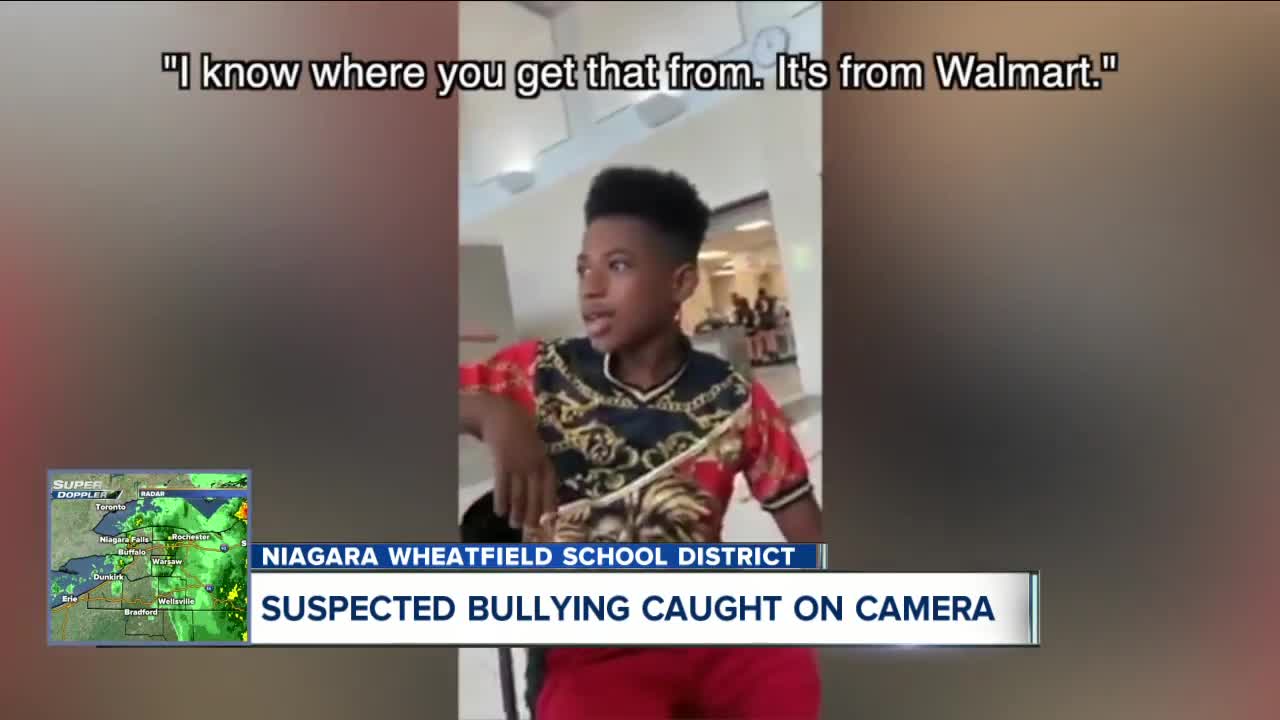 SANBORN, N.Y. (WKBW) — It's a 39 second video captured on a cell phone which appears to show Niagara-Wheatfield 8th grader, Duane Mays Junior being taunted and teased by his classmates.

You can hear several students in the video making fun of his shirt, and you see when they eventually touch him and flick his face. The 13-year-old appears to retaliate before the recording stops.

According to Mays Junior's parents, it all unfolded during lunch on Friday at Edward Town Middle School.

"It makes me so upset. It makes me feel like I failed my son," said Quatina Mays.

Mays Junior's dad said he initially got a call from the district about the incident on Friday. "They said my son should have in school suspension for his actions in the video."

Mays said he understood because he hadn't seen the video, yet. But, once it started to spread on social media, and Mays saw it for himself, he was furious that his son was being punished. "He has great restraint. More than a lot of people for all he went through," he said.

The district superintendent originally referred us to a statement posted to the district website. It says the district is aware of the video but it can't comment under federal privacy laws. it also says it has reached out to each of the families of the students involved to address any and all concerns.

At a school board meeting Wednesday night, he addressed the situation.

"What happened to the student in that is in the video shouldn't happen. It's not acceptable. It can't be tolerated," the superintendent said.

Superintendent Daniel Ljiljanich said he spoke with Mays Wednesday afternoon and will be "following up" on the new information learned through that conversation. Adding he wants students to come forward with any information if an incident like this occurs.

“We need to empower our students when those things happen by we act and we act swiftly and appropriately," he said.

Jen Paonessa said her son as endured similar bullying from the same classmates since the 3rd grade.

"It outraged me as soon as I saw it and something needs to be done before someone gets hurt," Paonessa said. Her son, now a 7th grader at Edward Town Middle School, she says even got suspended for defending himself while being bullied.

"The school needs to step in, the parents need to step in and it has to be before someone gets hurt," she said. Paonessa continued, "I don't know how many incidents are going to have to happen, over and over and over again, before this gets resolved, before something happens."

According to Mays Juniors parents, their son was give one day of in-school suspension because the district has a "no retaliating" policy. The other students were disciplined. But they didn't know the extent of their punishment.