Video: Close call for one helicopter flying over Niagara Falls 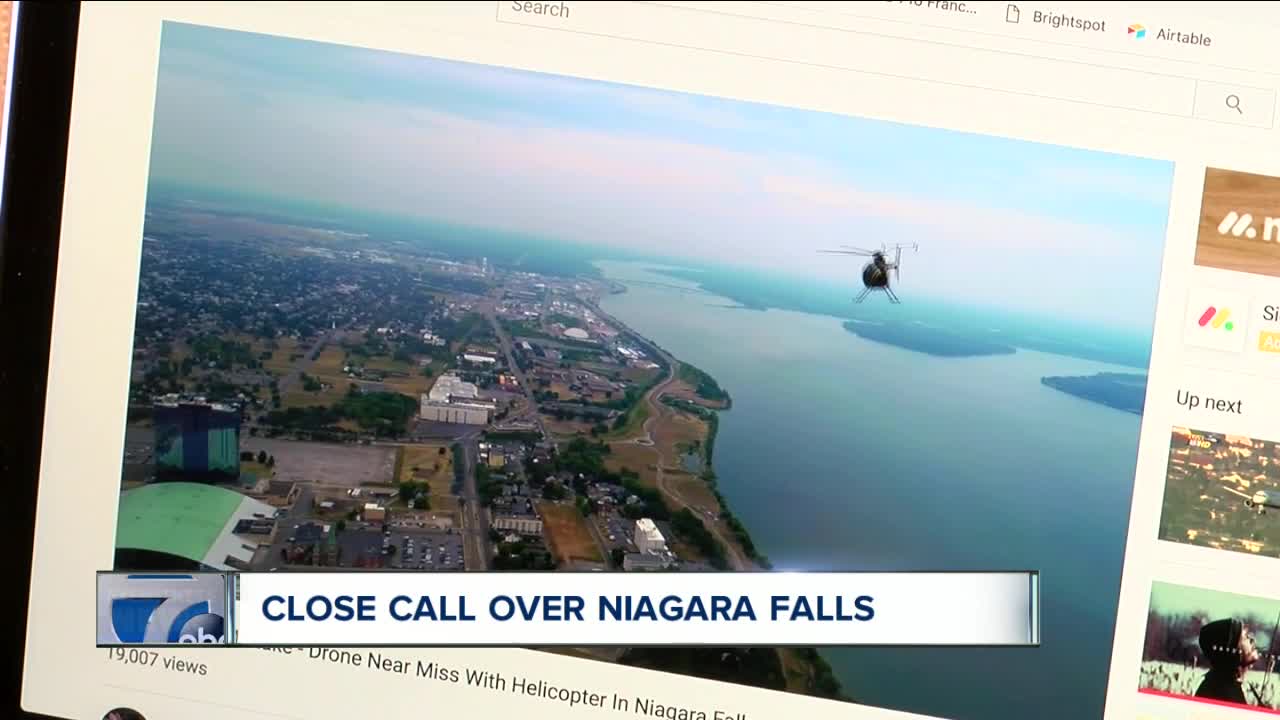 Too close for comfort.

In this case the drone was flying in restricted airspace and too low to the ground. We're told the pilot also didn't file a flight plan with the FAA or Transport Canada.

According to the YouTube channel, the owner of the drone is taking full responsibility. In a statement, the pilot said in part "I made a mistake. Once I landed the drone and processed what had happened, I was terrified. I couldn't imagine crashing into a helicopter possibly causing it to crash and kill someone. I've learned my lesson. I hope others will learn from this as well."

The fine for flying a drone in the park is $250, and that's not including any federal penalties.

Currently, there are no signs in the park explaining drone restrictions. Niagara Falls Park Police said they would take away from the beauty of the park.