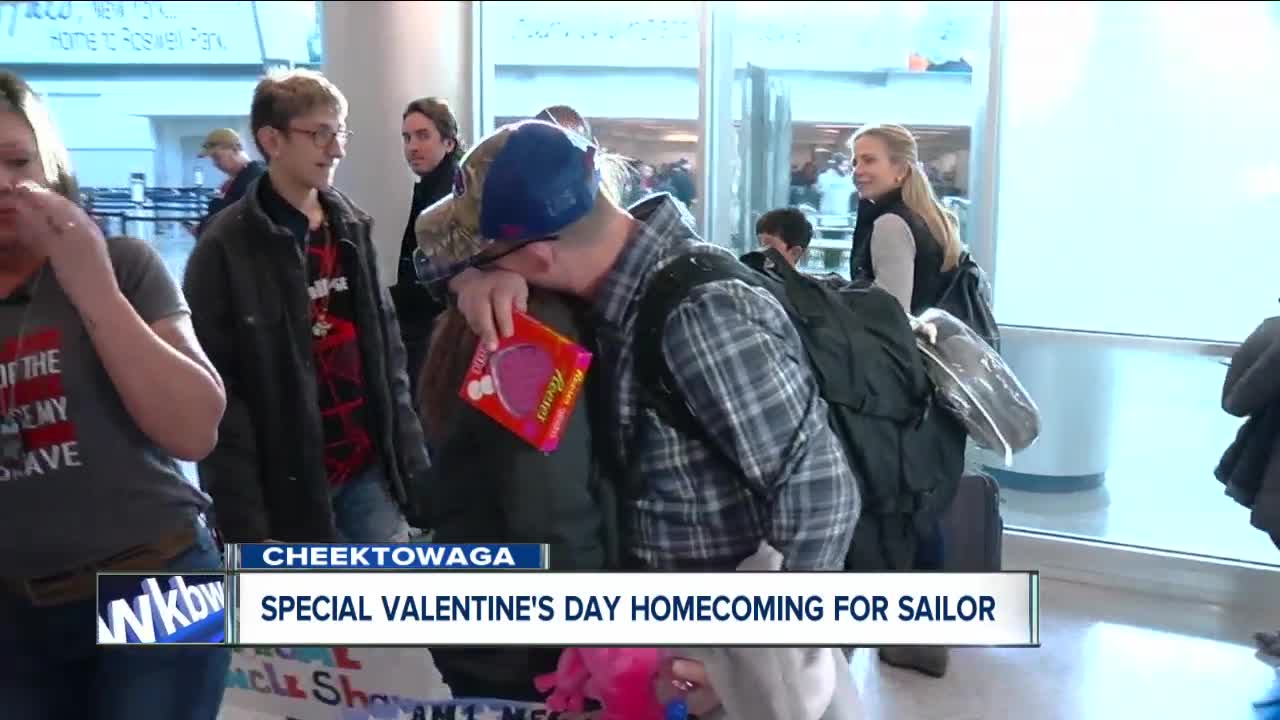 It was a special Valentine's Day homecoming for one local sailor.

BUFFALO, N.Y. (WKBW) — It has been exactly 341 days since Petty Officer Shaun Negvesky has seen his children. On Friday, he got to his family once again, making it a Valentine's Day to remember.

April Negvesky and her three children waited with family at the Buffalo Niagara International Airport for Shaun Negvesky's flight to come in Friday afternoon.

The Town of Oakfield and the Warrior House donated money to the family to help pay for the flight to bring the sailor home. When he arrived, there were a lot of happy tears. Negvesky said seeing everyone had him overwhelmed.

"I was in shock," said Negvesky. "I didn't know what to say. I was shaking just to see everyone here. Especially after being on deployment, and then living in San Diego… And then having them here… It was a lot."

Negvesky is stationed on the USS Abraham Lincoln in San Diego. He will be home for the next three weeks. Negvesky said the first thing he will be doing his cooking steaks on his grill.