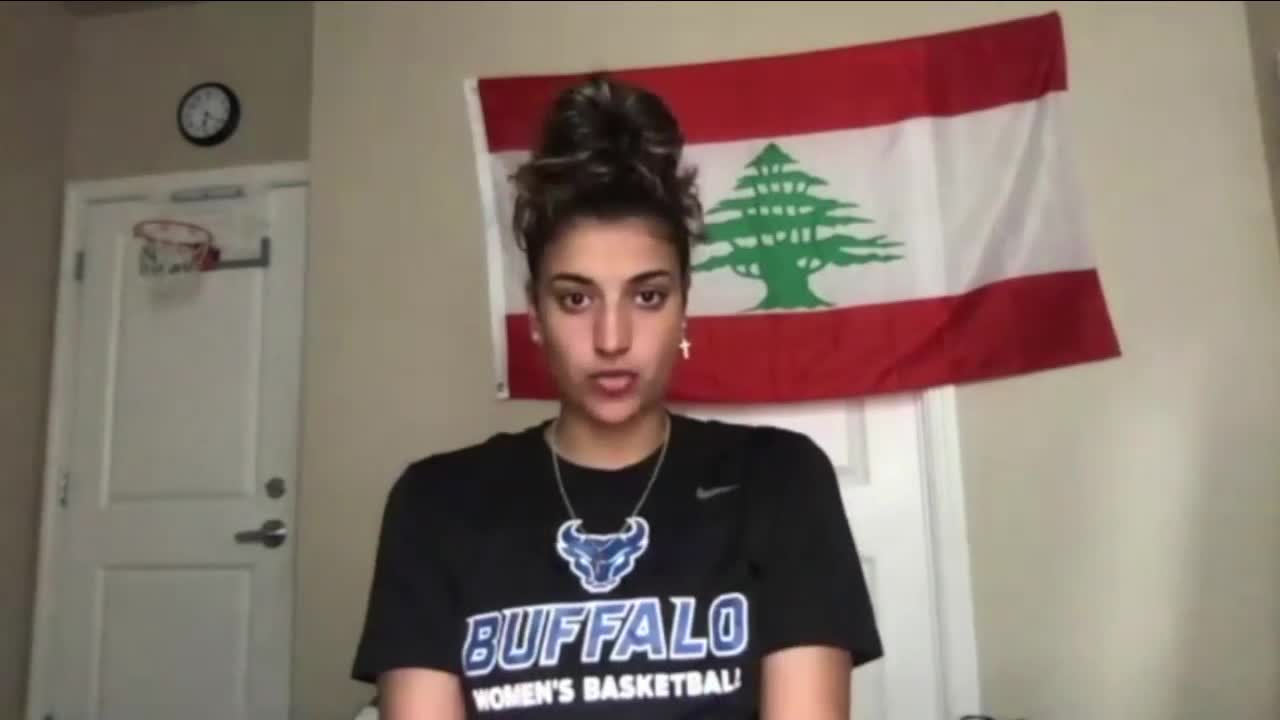 A player on the University at Buffalo Women's Basketball team is anxiously waiting to find out if her family and friends back home in Lebanon are OK. 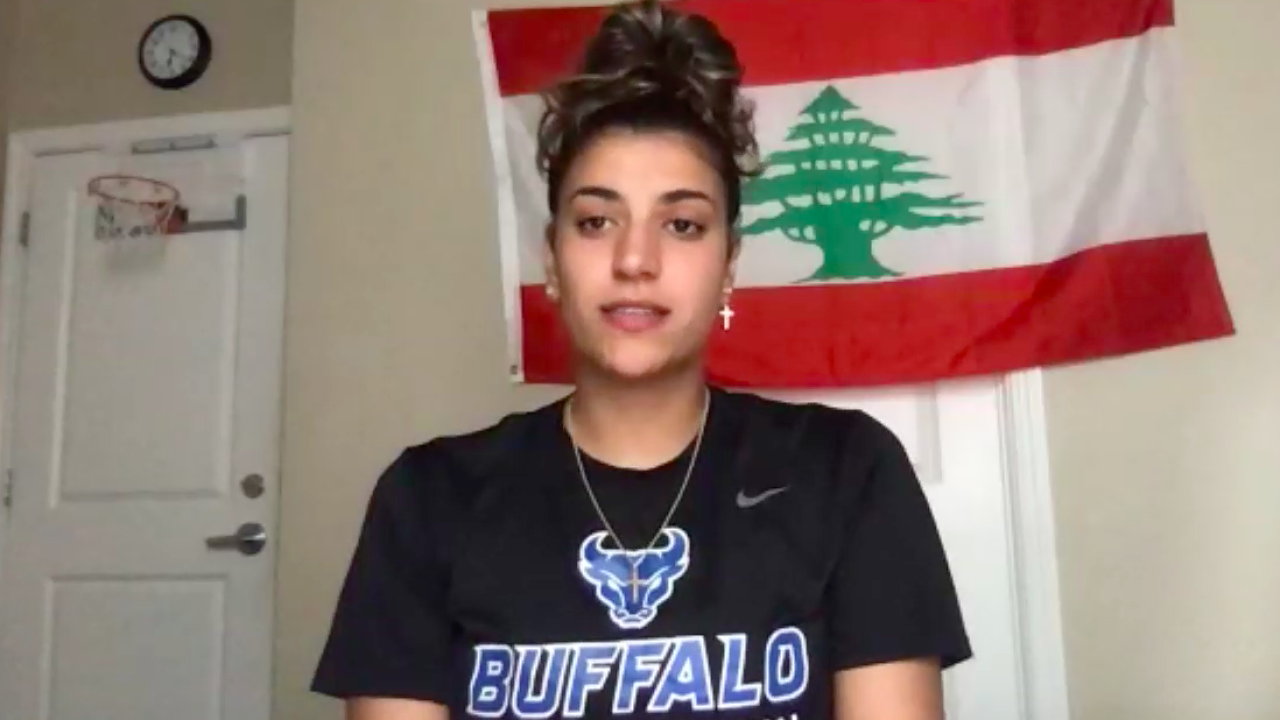 BUFFALO, N.Y. (WKBW) — A player on the University at Buffalo Women's Basketball team is anxiously waiting to find out if her family and friends back home in Lebanon are OK.

Zena Elias, a junior at UB, first found out about Tuesday's explosion at a port in Beirut on Twitter. She immediately started texting her friends and relatives. 24 hours after the blast, her cousin is the only person who had responded to her messages.

"At the time [my cousin] was with her family up north, which was a huge blessing," Elias told 7 Eyewitness News.

Elias believes her relatives are all alive and safe, but she cannot say that with certainty.

"They're in God's hands, so they're doing good."

A massive explosion rocked the country's capital, killing more than 100 people and injuring more than 5,000. The blast flattened buildings and displaced hundreds of thousands of people.

"It's painful to know that I'm sitting here comfortable, while somebody's family is going through tragedy. They're crying right now because they lost a family member, a team member."

Fortunately, Elias has been regularly communicating with her parents who live in Florida, where they immigrated to when she was 13-years-old.

Elias has also found solace in her Women's Basketball teammates, who, she says, showed up outside her apartment window to offer their support from a social distance.

"It felt really good to know that my sisters have my back through such tough times."

Elias hopes everyone here in Western New York will send the people of Lebanon prayers and support.

"My nation, my people will come back stronger."