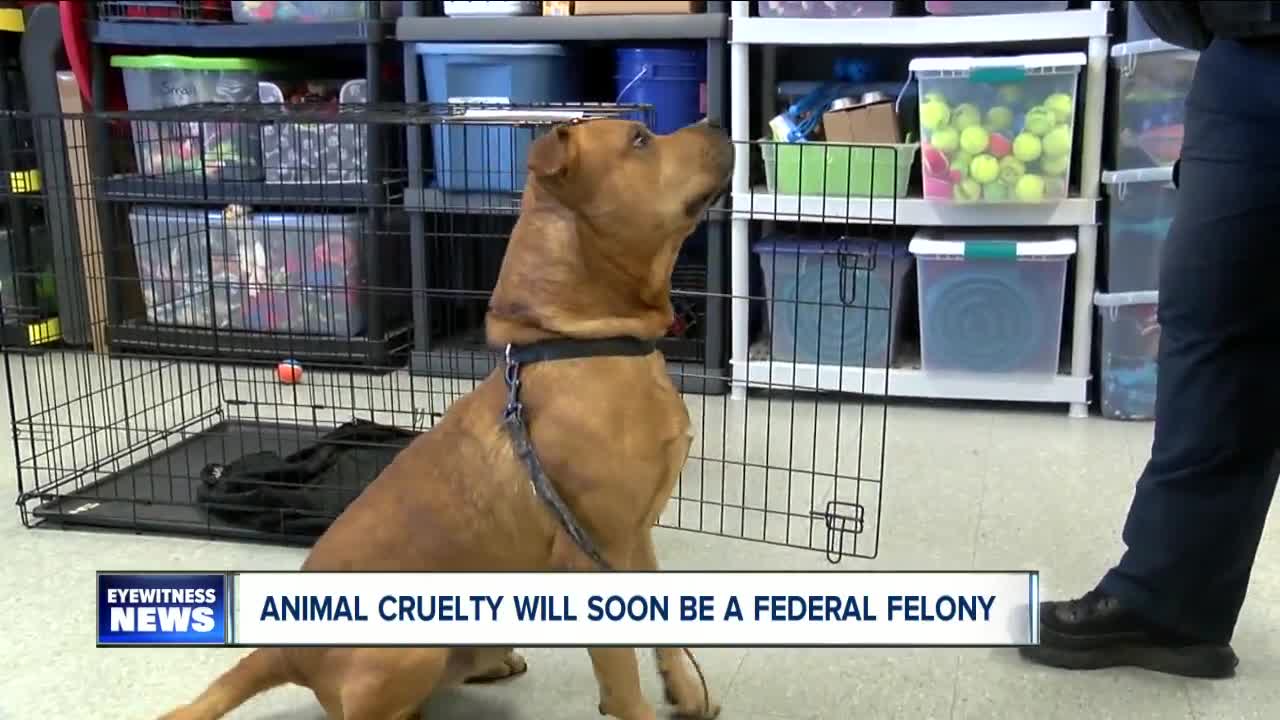 This decision would protect abused animals who don't have a voice, like three-year-old Bruno. The dog had been neglected, and weighed just 66 pounds when he was seized and brought to the Niagara County SPCA.

"He was locked outside. He was tethered out back, no water no food," said Animal Cruelty Investigator Ryan Scott. "His hips and spine were visible."

He's been there since late June and has been doing much better.

Animal Cruelty Investigator Scott said animal abuse happens more than they'd like it to. He said this year they're seeing an average of one case a month in Niagara County.

"We do what we do because we're the voice that they don't have, and any step in that direction is a step in the right direction. It's a big win for the animals and hopefully it would deter people from committing these crimes," he said.

Bruno's case is in court pending the owner signing ownership over to the SPCA.