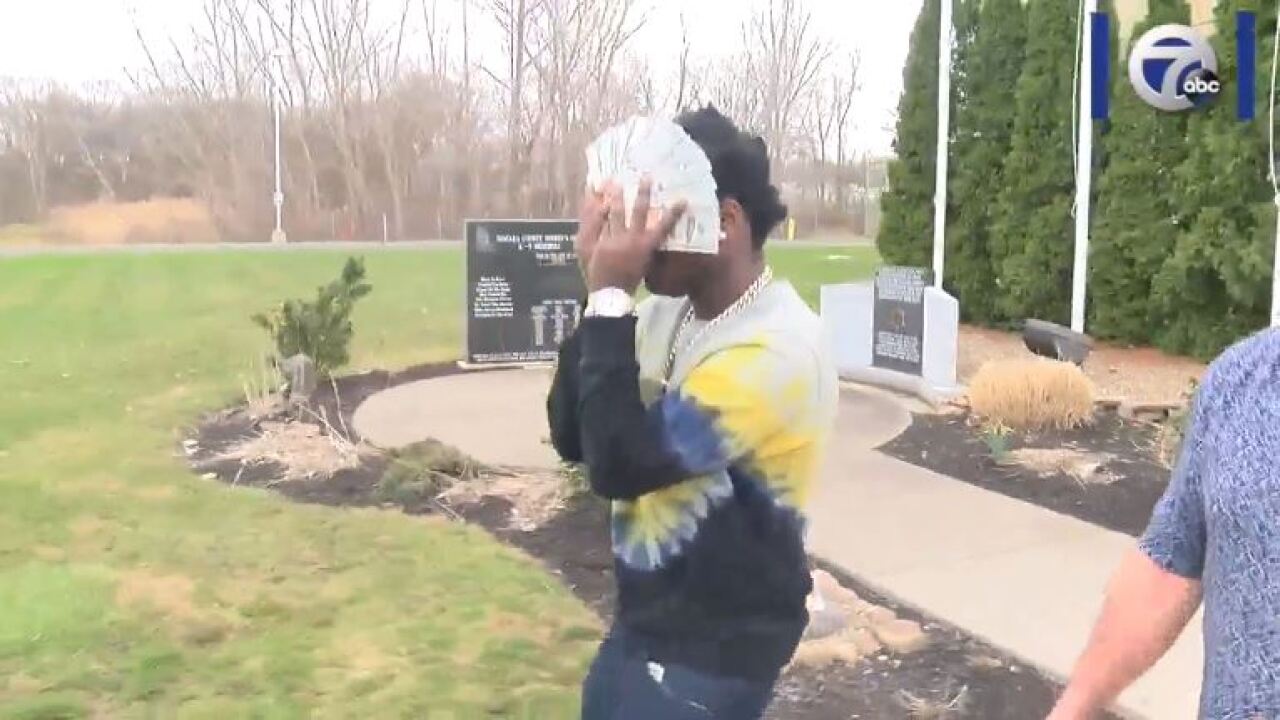 BUFFALO, N.Y. (WKBW) — U.S. Customs and Border Protection released a list of what they say is their top 10 unique seizures and arrests for 2019.

CBP Officers in Massena, New York intercepted a male U.S. legal permanent resident who was traveling with a large quantity of female clothing and had an irregular travel route from Toronto to Brooklyn. Further investigation revealed that the subject was involved in a smuggling attempt where he facilitated the illegal entry of a male and female citizen of Israel.

CBP Officers in Champlain, New York discovered 16 fur coats in a commercial shipment. The U.S. Fish and Wildlife Service was contacted and confirmed the fur garments were mink, fox, chinchilla and sable. The items were seized for violation of the Convention on International Trade in Endangered Species regulations.

CBP Officers in Rochester, New York examined a commercial shipment manifested as a “plastic bottle.” Upon examining the shipment, CBP officers discovered 190 bottles, each labeled with the “Viagra” and “Pfizer” wordmarks and indicated that they were “Made in the U.S.A.” The pills were seized for violation of merchandise bearing an American trademark.

CBP Officers in Buffalo, New York seized 274 pounds of marijuana in a commercial shipment of clothing destined to the New York City area. Officers discovered the marijuana in vacuum-sealed packages underneath blankets within numerous boxes at the front of the trailer.

CBP officers in Rochester, New York seized one counterfeit Richard Mille Limited Edition Tourbillion Pablo MacDonough watch that had a manufacturer’s suggested retail price of $1,059,860. The shipment was manifested as an “accessory” and was valued at $5. The shipment was seized for violation of merchandise infringing on an American trademark.

CBP officers in Champlain, New York detained a violin that a U.S. citizen was attempting to import and sell via Ebay. The subject admitted to buying and importing violins from China for $49, then re-labeling them, claiming the origin to be Andalucia Espana and selling them at a much higher value.

CBP Officers in Buffalo, New York seized four shipments of the deadly drug fentanyl in commercial shipments that were manifested as “child toy.” Examination of the shipments revealed clay with nasal spray concealed inside which contained the fentanyl. The shipments were destined to various addresses within the U.S.

CBP Officers in Buffalo, New York seized 26 shipments containing steroids that weighed 7.8 pounds. The shipments were manifested as “bobble head toys” and after officers examined the toys, a white powder and yellow liquid were discovered inside each bobble head toy. The substances later tested positive for testosterone and steroids.

CBP Officers in Champlain, New York discovered 59.5 grams of THC oil, 25.3 grams of THC spray, 21.5 grams marijuana, and 13.6 grams of THC capsules concealed within a false bottom of a Pringles can. An 18 year-old U.S. citizen claimed ownership of the narcotics and he along with the drugs were turned over to New York State Police.

CBP Officers in Buffalo, New York encountered Rapper Kodak Black and his entourage in two separate vehicles at the Lewiston Bridge border crossing. Search of the vehicles led to the discovery of four handguns, a loaded magazine cartridge and a personal use amount of marijuana. Kodak Black and his three co-travelers were all arrested for felony possession of a weapon under New York State Penal Law.